Through Flanders: Pogacar on discovery, van der Poel on the way back &nbsp;

The winner of the Tour de France, the Slovenian Tadej Pogacar, advances in unknown territory, Wednesday, in Through Flanders, a semi-classic which also attracts the Dutchman Mathieu van der Poel, to… 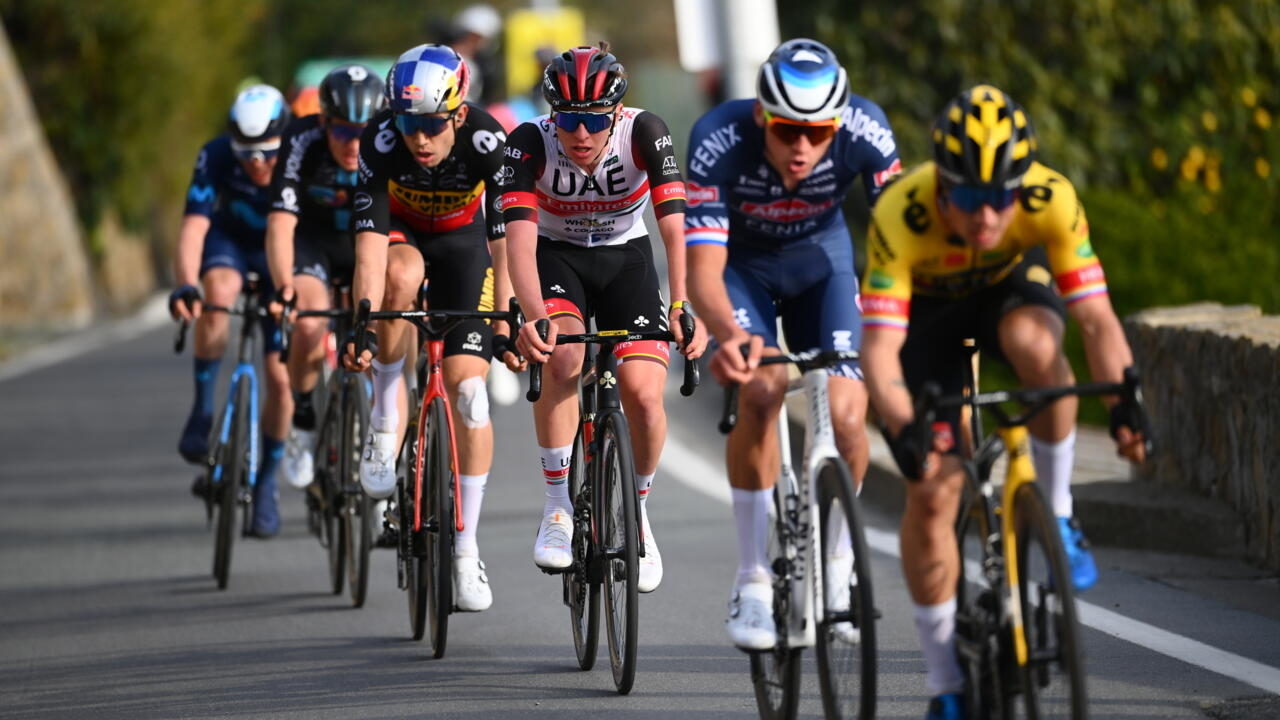 In a back and forth of commitments over the Flanders period, Pogacar and van der Poel arrive when the Belgian champion Wout van Aert, winner of the E3 Classic on Friday, chooses to ignore.

The confrontation between "WVA" and "VDP" will take place only on Sunday at the Tour of Flanders, the main meeting of the fortnight.

Wednesday, between Roeselare and Waregem (184 km, 13 hills to cross), Pogacar represents the main attraction as the winner of the Tour, comfortable in all circumstances, is expected.

Since his professional debut in 2019, the Slovenian has never participated in the Flanders races, but he has previously raced in the Ghent-Wevelgem hopes category (67th in 2017, 22nd in 2018) and the Tour of Flanders (15th in 2018).

Slovenian Tadej Pogaçar smiles while holding a water bottle with his teeth during Milan-San Remo on March 19, 2022. Marco BERTORELLO AFP

After its previous failures, the Quick-Step team (without the Dane Kasper Asgreen) aligns its Dutch sprinter Fabio Jakobsen and the Belgian Yves Lampaert, double winner of the event.

She records the return of her "tractor", the Belgian Tim Declercq, who had been arrested for several weeks due to a heart problem.

“The sprint of a peloton is possible,” warns its sporting director Tom Steels.

"But there will be a lot of attacks during the race", on winding and often narrow roads, prone to falls.