Queen Elizabeth II has finally reappeared in public at the celebration of the first anniversary of Philip of Edinburgh's death. Dressed in dark green and leaning on hers... 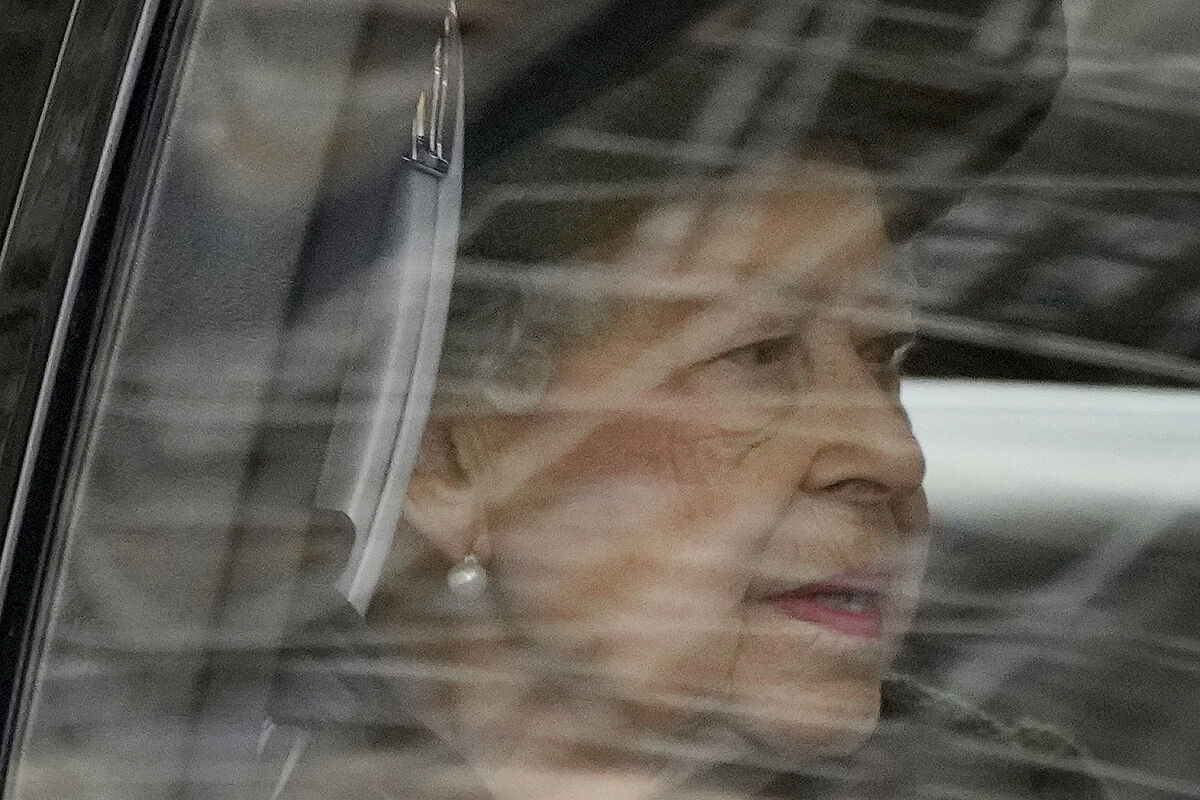 Queen Elizabeth II has finally reappeared in public at the celebration of the first anniversary of Philip of Edinburgh's death.

Dressed in dark green and leaning on her cane, with mobility problems at 95 years of age, the monarch did not want to miss the

Thanksgiving celebration for her husband in Westminster Abbey

and before 1,800 guests, including members of the European royalty, in contrast to the funeral a year ago that only 30 people could attend due to Covid restrictions.

Philip of Edinburgh died on April 9, 2021, although the tribute was brought forward a few days precisely to adjust it to the

reduced schedule of the queen

, who last week canceled her presence at the annual celebration of the Commonwealth of Nations, also in Westminster Abbey.

Elizabeth II made a

personal effort to organize the tribute

to Felipe Edinburgh, in a

ceremony with all the official pomp

and with the blessing of the Archbishop of Canterbury Justin Welby.

surrounded by her royal family

, including Prince Andrew, who

traveled by car with her,

from the millionaire agreement with Virginia Giuffre to avoid trial for sexual abuse.

Prince Charles, also recovered from Covid, accompanied Elizabeth II in the reappearance, as did the Dukes of Cambridge, William and Kate, after their

controversial tour of the Caribbean

that has provoked criticism of "neocolonialism".

The two great absentees have been Harry and Meghan

, who have claimed not to feel "safe" in the United Kingdom by having to pay for their own protection.

Elizabeth II maintains an increasingly distant relationship with whom she was her favorite grandson.

The monarch had held the last official act at Windsor Castle seven weeks ago, although she has practically not appeared in public events since October last year, when she spent a night in the hospital with symptoms of exhaustion and had to suspend her schedule on the advice doctor.

Elizabeth II tested positive for Covid on February 20, days after her son Prince Charles contracted the disease for the second time.

The queen did not seem seriously affected and she continued with her routine for several days, although she ultimately had to cancel her "virtual" meetings, which led to further speculation about her health.

, has expressly acknowledged that she has

Sources from her inner circle, quoted by

assure that the monarch "has had to fight physical battles in recent months and suffers from stiff legs."

in the back have worsened their situation.

even to be able to walk her dogs around Windsor Castle.

The luxury cart -baptized as the

by the Danish firm Garia and Mercedes Benz and has heating, screens for entertainment and all kinds of amenities for short trips.

Elizabeth II's growing mobility problems may force the Platinum Jubilee celebrations to be altered to celebrate her 70th year on the throne, which officially begins in June.

United Kingdom Spanish presence, the absence of Harry and Meghan... What is known about the grand funeral for the Duke of Edinburgh

RoyalsDuke of Edinburgh: summit at a tribute mass that Buckingham chokes on