“Plastic still has value,” says Nzambi Matee, showing mountains of oil cans, basins, yogurt pots and other waste which, in his factory in Nairobi, Kenya, are crushed… 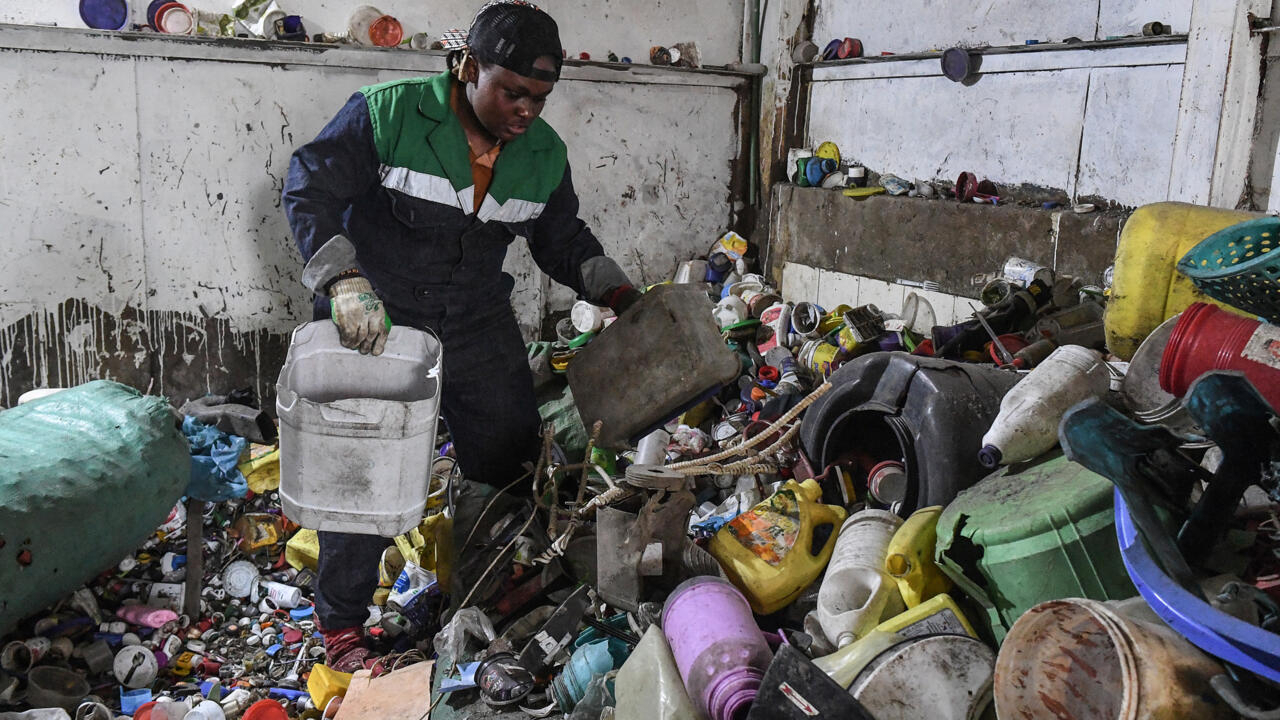 According to her, "plastic is a misunderstood material."

These durable bricks that she created herself are already paving some sidewalks, alleys and streets in Nairobi, and could soon also be an alternative material for building low-cost houses.

Every day, his company, Gjenge Makers, produces 1,500 bricks from household or industrial plastics.

Nzambi Matee and his colleague Thaddius Shem in the middle of plastic bricks, in Nairobi on February 16, 2022 Simon MAINA AFP

The young entrepreneur left a job in the oil sector - an industry that produces plastic from fossil fuels - to start recycling after being shocked by the low amount of waste recycled.

“In Nairobi, we generate around 500 tonnes of plastic waste every day, and only a fraction of that is recycled,” recalls the entrepreneur in jeans and trainers, as she cheerfully walks through her factory.

"It made me wonder: what happens to this plastic?"

In Kenya and elsewhere, most end their lives in landfills, if not in rivers or oceans, while only 10% are recycled.

In Nairobi, one of the most dynamic capitals of Africa, the young woman finds more raw material than she needs, by browsing the industrial zones of the city.

It took him several years to perfect a prototype - the necessary machines were custom-designed - but in 2019 its production was finally able to begin.

The shredded plastic is mixed with sand and subjected to extreme temperatures, becoming a viscous and malleable material which is shaped into bricks of all sizes.

Nzambi Matee in his workshop in Nairobi on February 16, 2022 Simon MAINA AFP

The end product: a paver two to seven times stronger than cement, but twice as light and even 15% cheaper, Matee claims.

The plastic is fibrous in nature and the factory's unique production process helps prevent air pockets from forming.

This allows greater strength compared to conventional bricks, which can crack under too much pressure or under the effect of time.

"Thanks to that, it doesn't break," says Nzambi Matee, tapping two bricks against each other.

In 2021, the company recycled 50 tonnes of plastic, but it aims to double this figure this year.

The project is not without constraints.

Of the seven major types of plastics, only four can be recycled into bricks.

PET - used in particular for bottles, one of the great scourges for the environment - is not compatible for the moment, but the company hopes to find a solution.

"It is possible to do more, we must do more. We are only a drop in the ocean", she adds.

Gjenge Makers wants to enter the market of low-cost houses by designing pavers that can replace bricks, cement and other traditional materials.

A prototype is under study, with the aim of achieving a model house by the end of the year.

“We want to be the leaders in alternative building materials. Plastic is our first angle of attack,” says Matee.

Gjenge Makers has also created over 100 direct and indirect jobs.

A pride for Nzambi Matee, who was able to help both families and the environment, an impossible combination in his previous work.