The King of Jordan will arrive tomorrow.. The US Secretary of State is holding talks in the West Bank

On Sunday evening, US Secretary of State Anthony Blinken began a meeting with Palestinian President Mahmoud Abbas in the city of Ramallah, in the central occupied West Bank, which is awaiting tomorrow, Monday, the visit of Jordan's King Abdullah II. 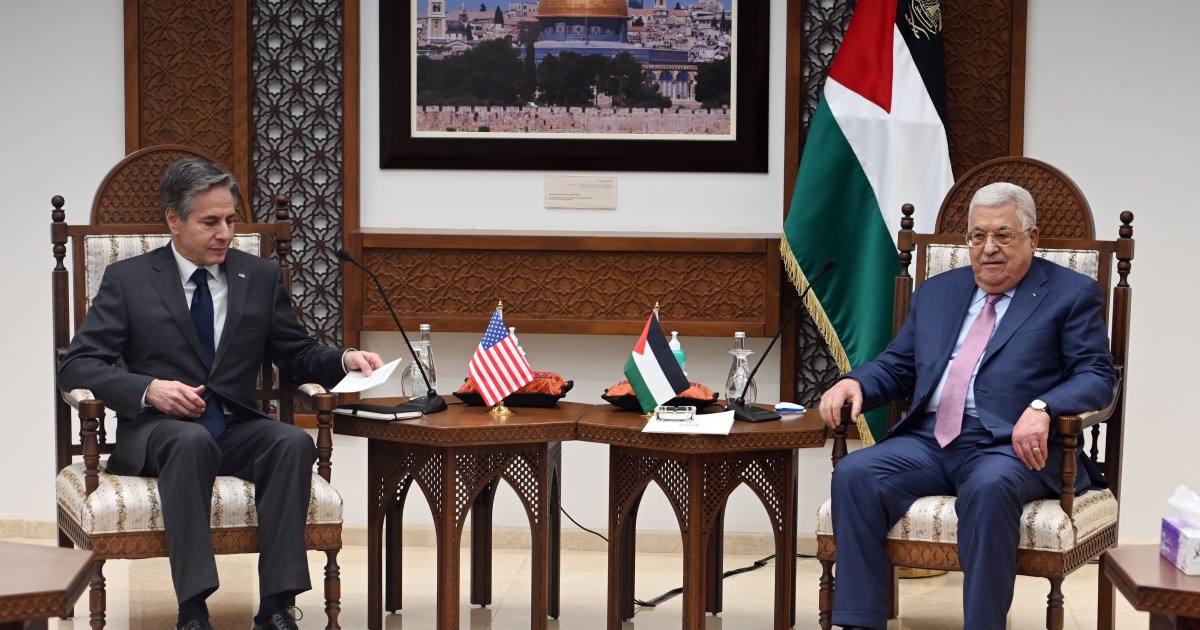 On Sunday evening, US Secretary of State Anthony Blinken began a meeting with Palestinian President Mahmoud Abbas in the city of Ramallah, in the central occupied West Bank, which is awaiting tomorrow, Monday, the visit of Jordan's King Abdullah II.

It was reported that the US Secretary of State would discuss with the Palestinian President ways to revive the peace process, reopen the US Consulate in Jerusalem, and reopen the headquarters of the Palestine Liberation Organization in Washington.

The two sides will also discuss the resumption of US financial support to the Palestinian Authority, which has been suspended since the era of former President Donald Trump.

Peace negotiations between the Palestinian and Israeli sides have been suspended since April 2014, due to Israel's refusal to stop settlements, release old prisoners, and establish a Palestinian state on the June 4, 1967 borders.

Former US President Donald Trump closed the Consulate General in East Jerusalem, which was intended to provide services to the Palestinians, and merged it with his country's embassy in Israel after moving the embassy from Tel Aviv to occupied Jerusalem in 2019, in a move that met with international rejection.

Incumbent President Joe Biden promised, during his election campaign, to reopen the consulate, which has not yet happened.

Blinken had arrived in Israel on Saturday to participate in a summit, the first of its kind, that brought him together with his counterparts from Israel, Egypt, the UAE, Bahrain and Morocco.

Blinken said he and Bennett discussed the plan to maintain calm this year during Ramadan, which begins next week, and the Jewish holiday of Passover, which coincides with it.

The foreign minister stressed the need for "all parties to prevent the escalation of tensions, including the Israeli settlement expansion in the occupied Palestinian territories."

The visit is expected to focus on efforts to reduce tension in the occupied West Bank and Jerusalem, before the month of Ramadan, which comes in a few days.