Here are the researchers in Agenda Special: Sweden's security

In Agenda's special broadcast on Sunday 27 March, the editorial staff asks the Minister of Defense, party leaders and spokespersons for all eight parliamentary parties about how Sweden's security will be strengthened after Russia's attack on Ukraine. The program also involves researchers in various fields, who are given an account of facts in the field, challenges and which solutions they believe can be effective. 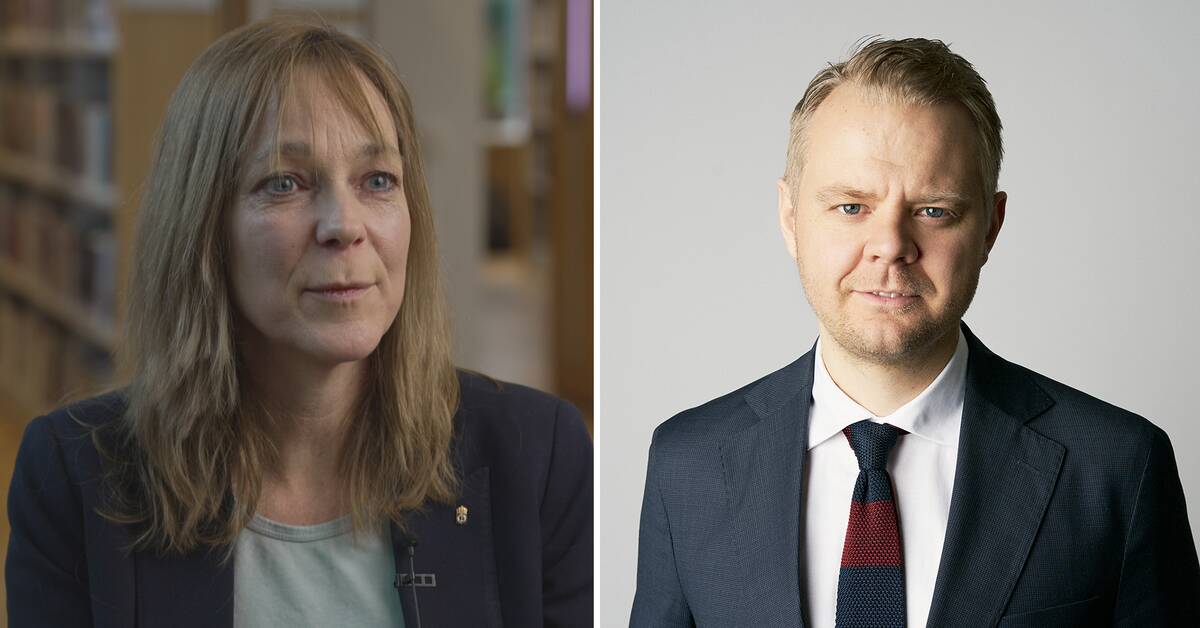 One half of the program is devoted to

Should Sweden join NATO or are we safer as a military non-ally?

What is the significance of the EU's security cooperation and defense policy cooperation agreements that Sweden has concluded with other countries?

A total of six researchers participate during the hour.

Experts on peace and security

is an associate professor of political science with a focus on security policy and strategy at the Swedish National Defense College, where she is also deputy rector.

is Professor of Peace and Conflict Research at Uppsala University.

He is also the director of the Alva Myrdal Center for Nuclear Disarmament at the university.

He researches, among other things, disarmament and norms for peace.

Erik Melander sat 2018-2019 on the board of Dag Hammarskjöld Foundation.

He is also a co-founder of a consulting company.

is a research leader, security analyst and chief engineer with a focus on military strategic issues at the Swedish Defense Research Agency.

Dalsjö has a doctorate in Sweden's relationship with NATO during the Cold War.

He is a member of the Academy of Military Sciences and was a local politician for the Moderates for a few years until 1981.

is a senior researcher and head of the Foreign Policy Institute's European Program.

Among other things, he researches European integration and security policy.

As a researcher at UI, he has performed analyzes commissioned or co-financed by, for example, the Ministry for Foreign Affairs, the Armed Forces, the Nordic Council of Ministers and the Confederation of Swedish Enterprise.

is the head of the European Center for Combating Hybrid Threats in Helsinki.

She is also a professor at the European University Institute in Florence, Italy, where she researches European security policy.

Previously, she was head of the Finnish Foreign Policy Institute for ten years.

Between 2007-2008, Teija Tiilikainen was a politically independent State Secretary at the Finnish Ministry of Foreign Affairs.

She is interviewed in the program about the Finnish debate and the security policy analysis of a possible NATO membership and Sweden's significance for Finland's decision.

is head of research at the think tank German Institute for International and Security Affairs (SWP).

SWP is an adviser to, among others, the German government and the Bundestag on issues relating to foreign and security policy.

Her research focuses on security and defense policy in Europe and relations with the United States and NATO.

She is interviewed about the great turnaround in German defense policy and what it means for Europe.

Experts in the military and civil defense

During the second part of the program, we address the situation of the

Two researchers are interviewed about the capabilities and challenges of military defense.

is an associate professor and senior lecturer in military science and military history at the Swedish National Defense College.

He researches, among other things, Sweden's defense and security policy and our cooperation with other states.

He has written a book on how Swedish defense and security policy has developed historically and in the 2000s.

As part of his activities at FHS, he has carried out research funded by the Swedish Armed Forces.

is an economist with a focus on defense issues and a researcher at the Swedish Defense Research Agency (FOI).

He has written a report for the Expert Group for Studies in Public Economics (ESO) on the materiel supply of the defense.

Per Olsson was active as a local politician for the People's Party for a few years in the early 2000s.

Two researchers are interviewed about civil defense and cyber defense.

is an associate professor and head of the Center for Total Defense and Society's Security at the Swedish National Defense College.

In 2011-2012, he was Chief of Strategy for the Prime Minister's Office's Office for Crisis Management.

is a professor at the Royal Institute of Technology in networking and systems engineering.