Auchan agrees to stay in Russia, kyiv calls for a boycott

At Auchan, which defends the maintenance of its activities in Russia, despite the appeal of Ukrainian President Volodomyr Zelensky, kyiv responded on Sunday by increasing the pressure with a call for a boycott. 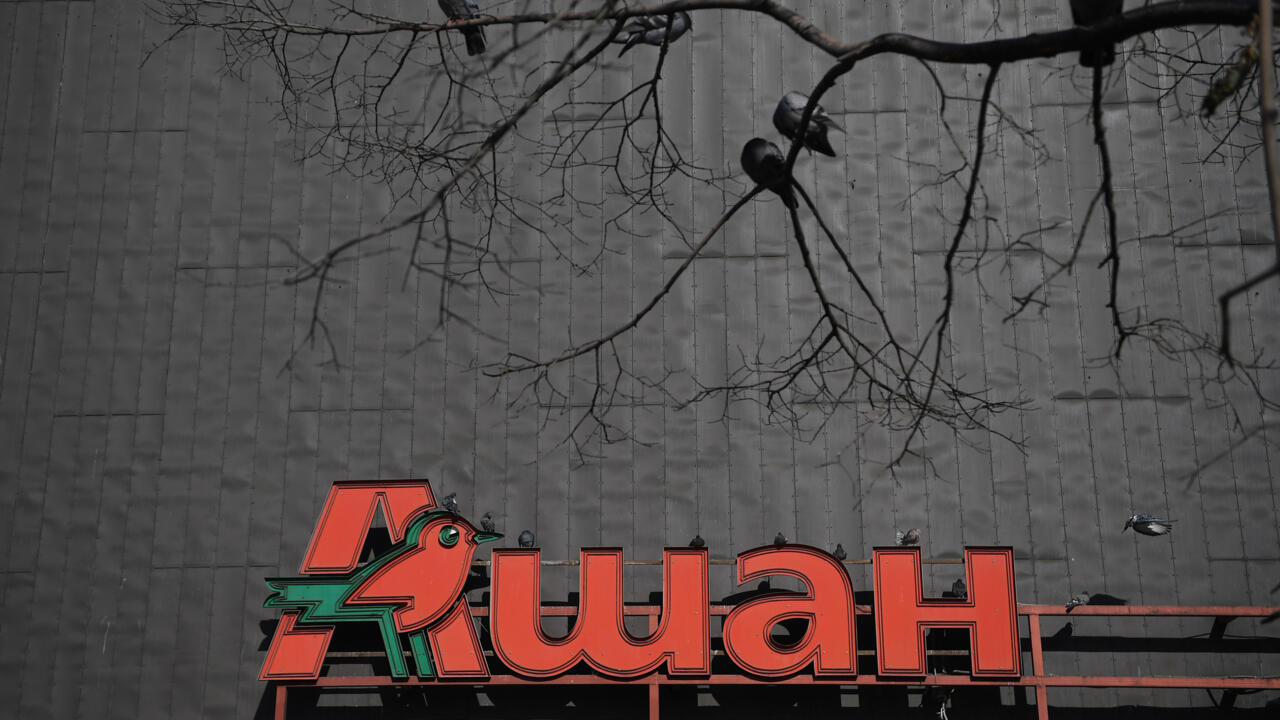 "If Auchan ignores the 139 Ukrainian children murdered during this month of Russian invasion, let's ignore Auchan and all its products," said the head of diplomacy Dmytro Kouleba, in a message on Twitter.

He was speaking a few hours after the French group announced that it would maintain its activities in Russia, arguing in particular for the need to support the purchasing power of Russians.

"Apparently, the job losses in Russia are greater than the deaths in Ukraine," wrote the Ukrainian Foreign Minister, thus reiterating an appeal already sent the day before, before Auchan's response.

The brand has been present in Russia for twenty years and employs 30,000 people.

On Wednesday, Ukrainian President Volodymyr Zelensky, in a message to the French Parliament, had urged French companies established in Russia to stop supporting the Russian "war machine" and to leave this country, citing Renault, Auchan and Leroy Merlin.

A "not easy" choice

In an interview with the Journal du Dimanche, the CEO of Auchan Retail International Yves Claude defended a "not simple" choice.

Auchan, which belongs to the Mulliez galaxy, the largest foreign employer in Russia with 77,500 employees, achieves 10% of its global sales in Russia, where the brand has "a discounter positioning".

"We believe we are contributing in a period of high inflation to protecting the purchasing power of the inhabitants", underlines Mr. Claude, specifying that he does not want to deprive his employees, 40% of whom are shareholders, of their jobs and his customers of their daily bread.

Auchan also forecasts losses for 2022 in the country.

Contacted after Dmytro Kouleba's tweet on Sunday, Auchan indicated "not wishing to speak beyond the interview at the JDD".

"It's easy to criticize us, but we are here, we face up and we act for the civilian population", replies in the weekly Yves Claude to critics who call the Mulliez family association (Leroy Merlin, Auchan or Decathlon) to leave Russia, believing that its brands make it one of the biggest contributors to the Russian state budget.

He recalls that Auchan has suspended its investments in Russia and that its subsidiary (232 stores and e-commerce activities) operates there "in autarky".

Like other groups, it also argues that a withdrawal would expose its local leaders to lawsuits and bail out Russian capital, a "counterproductive" move.

“I feel supported by my shareholders, my collaborators and our social partners” but also by politicians, affirms Yves Claude, questioned on the consequences of this maintenance on the image of the group.

He quotes in particular the president LR of Hauts-de-France Xavier Bertrand.

He had warned Thursday against the economic consequences of a withdrawal from Russia of the signs of the Mulliez association.

"It would be giving the company and its assets a gift to the Russian regime, and reinforcing the war," explained general manager Philippe Zimmermann.

The president "Emmanuel Macron just like Bruno Le Maire let each company decide", recalls for his part Yves Claude in his interview on Sunday.

In Ukraine, where Auchan operates 43 stores (6,000 employees), the conditions are "extreme" and stock shortages of fresh products have begun to be observed because 90% of the products come from within the country.

Supply solutions from neighboring countries were put in place this week, specifies the CEO.

Shortly after Mr. Zelensky's appeal, Mr. Kouleba had called for a boycott of Renault.

The French car manufacturer then announced that it would immediately suspend the activities of its Moscow factory and assess "the possible options concerning its participation" in its large Russian subsidiary, AvtoVAZ.