Twenty women and girls demonstrated in Kabul on Saturday against the Taliban's decision to ban secondary education for girls, AFP journalists noted. In power… 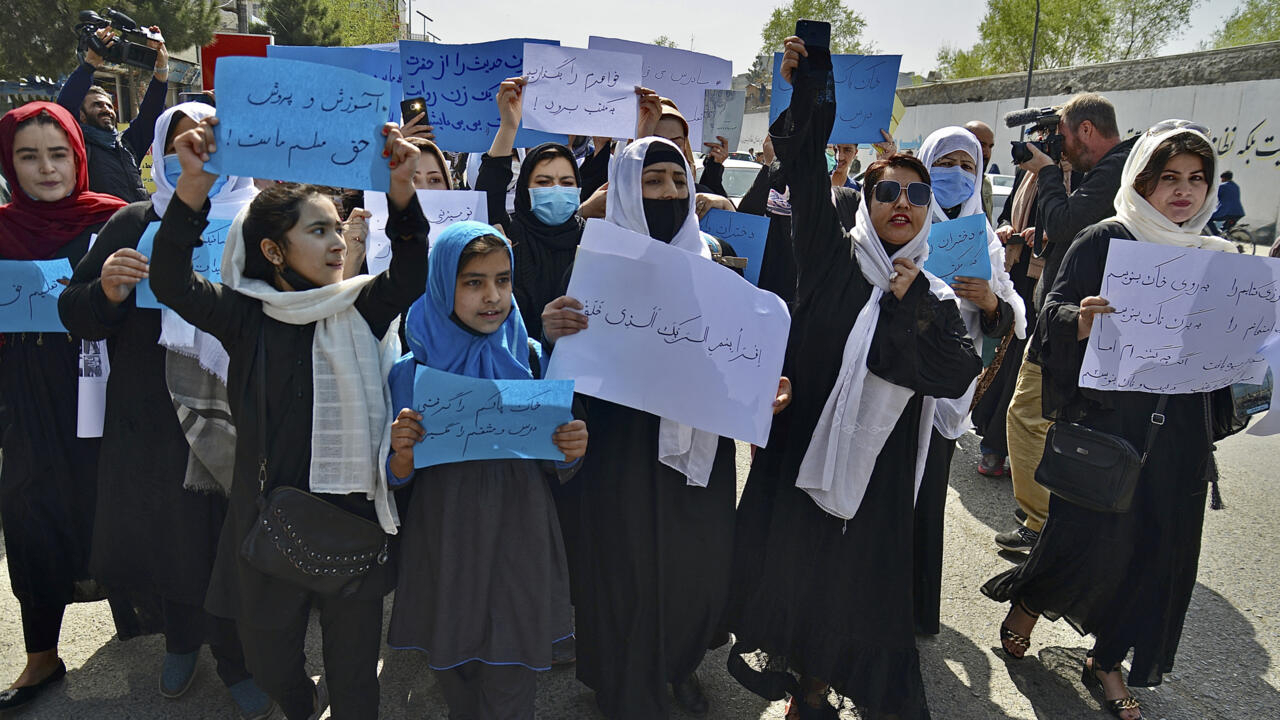 Gathered to denounce the closure of secondary education to Afghan women, around twenty demonstrators gathered in Kabul on Saturday March 26, chanting "Open the schools! Justice, justice!".

The twenty young women and girls, most of whom wore black abayas and white headscarves, assembled at the start in a square in the capital.

Some held small posters on which one could read: "You have taken my virtuous land, do not take my efforts and my education".

The demonstration lasted less than an hour, before being dispersed by armed Taliban who arrived on the scene.

The Taliban, in power in Afghanistan since August 2021, reversed their decision on Wednesday to allow girls to study in middle and high schools, just hours after the long-announced reopening.

The announcement, as brutal as it was unexpected, took place when many students had already returned to class.

It aroused numerous condemnations, including those of the UN, Unesco and even six Western countries, including the United States and the European Union, which condemned "an arbitrary decision" and called on fundamentalist Islamists to "urgently reverse" their decision.

Open the schools for all girls in #Afghanistan now

UN & the int'l community stand ready to continue supporting the people - incl education for all children.

No clear explanation was given by the Ministry of Education for its about-face.

The decision would have come after a meeting Tuesday evening of senior officials in Kandahar (South), cradle and de facto center of power of the fundamentalist Islamist movement.

Only primary school classes are now authorized for girls.

Observers fear that the country's new masters will again ban school for girls, as they did during their first reign, from 1996 to 2001.

>> To read: Behind "cosmetic" measures, Afghan women still under the yoke of the Taliban

In seven months of rule, the Taliban have imposed a multitude of restrictions on women.

They are barred from many government jobs, restricted in how they dress, and banned from traveling alone outside their towns.

The Islamists also arrested and detained several activists who had demonstrated for women's rights.

The demonstration which took place on Saturday is the first for many weeks to have taken place in the capital.