Rent, electricity, gas prices soar, Americans are on the verge of collapse

Overseas Network, March 25th. With inflation and soaring prices, US media pointed out that for ordinary Americans, they are facing a triple blow of soaring rent, oil prices and electricity bills. American Columbia Company (CBS) reported on the 24th the living conditions of some ordinary American people. Data map: On March 6, local time, a car owner refueled his vehicle in San Mateo County, Cali 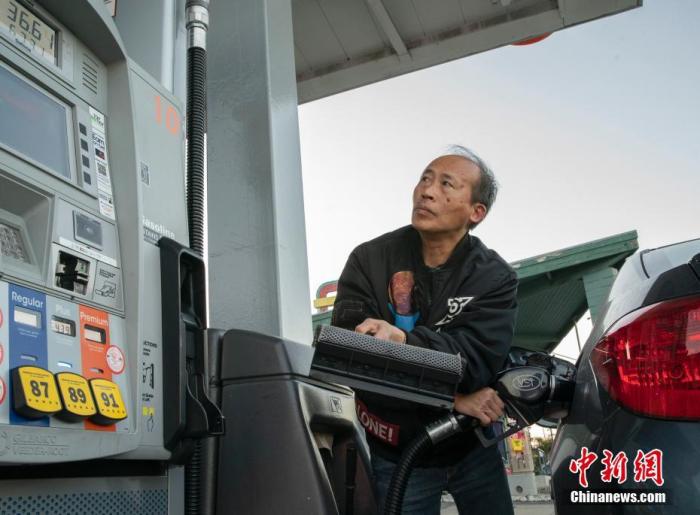 Overseas Network, March 25th. With inflation and soaring prices, US media pointed out that for ordinary Americans, they are facing a triple blow of soaring rent, oil prices and electricity bills.

American Columbia Company (CBS) reported on the 24th the living conditions of some ordinary American people.

The American Automobile Association's National Average Gasoline Price Monitor report showed that the average price of regular gasoline in the United States reached $4.009 a gallon that day, the highest average gasoline price since the summer of 2008.

Zachary Lloyd, 25, is making ends meet on a salary of $14,800 a year as a graduate assistant at Florida State University.

Lloyds had expected a pay rise this fall to make up for the high cost of living in groceries, fast food and gas.

But he did not expect that as the rent expired, the monthly rent of the apartment he shared with classmates increased by $250, which was undoubtedly a huge blow to Lloyd.

'I was shocked when I got the email, the rent went up by 18%, which is not what I can afford with a raise' He started looking for a new place to live, only to find that other apartments had higher rents, and the extra cost of rent made him think about finding a second job.

With 120 million renters across the U.S., Lloyds' struggles are common to other Americans.

With rent, transportation and utility costs rising at double-digit rates, many households are paying to stay afloat more than offset last year's raises.

The median rent for a home across the U.S. hit a record $1,792 last month, up 17% from a year earlier, according to U.S. real estate website Realtor, the 10th straight month of double-digit increases in rents.

Rent is unaffordable for many in several cities across the U.S., well above the 30% maximum income recommended by financial experts.

In addition to rent, heat, electricity and transport costs are all soaring.

Gasoline prices are up nearly 50% from last year, and the cost of utilities such as heat and electricity is up 15%.

This winter, many New York residents were stunned to see hundreds of dollars in their electricity bills, which at one point tripled their usual rate.

Alex Rivas, who lives in Queens, New York, thought he was wrong when he received a $746 electricity bill in January.

"Heating bills are also up 40 per cent from this time last year. For families struggling to make ends meet ... it's a serious problem," Rivas said.

Oil and gas prices are likely to remain high for an indefinite period of time as the economy reopens, driving numbers rebound quickly, recent tensions between Russia and Ukraine and the U.S. imposing an oil ban on Russia.

Coupled with rising prices for housing, food and heating, U.S. consumers are forced to make choices about living expenses.

Many households are struggling to cope with higher prices because housing and transportation are the largest components of most U.S. household budgets, according to the Urban Institute, a U.S. think tank.

Higher rents mean a higher likelihood of being evicted by landlords, and higher oil prices mean less access to jobs, entertainment, education and other needs.

"A lot of people are already on the brink of collapse," said Fisher, senior director of housing policy and research at the Center for Budget and Policy Priorities (CBPP).

The CBPP is calling on the federal government to spend more on housing to help American households pay rent in the short term while addressing housing shortages.