Projectiles and boos: agitated sequence for Zemmour with drug addicts and migrants

Far-right candidate Eric Zemmour was targeted with a water bottle, projectiles and a series of insults on Friday during a hectic media visit to Porte de la Villette in Paris in the middle of… 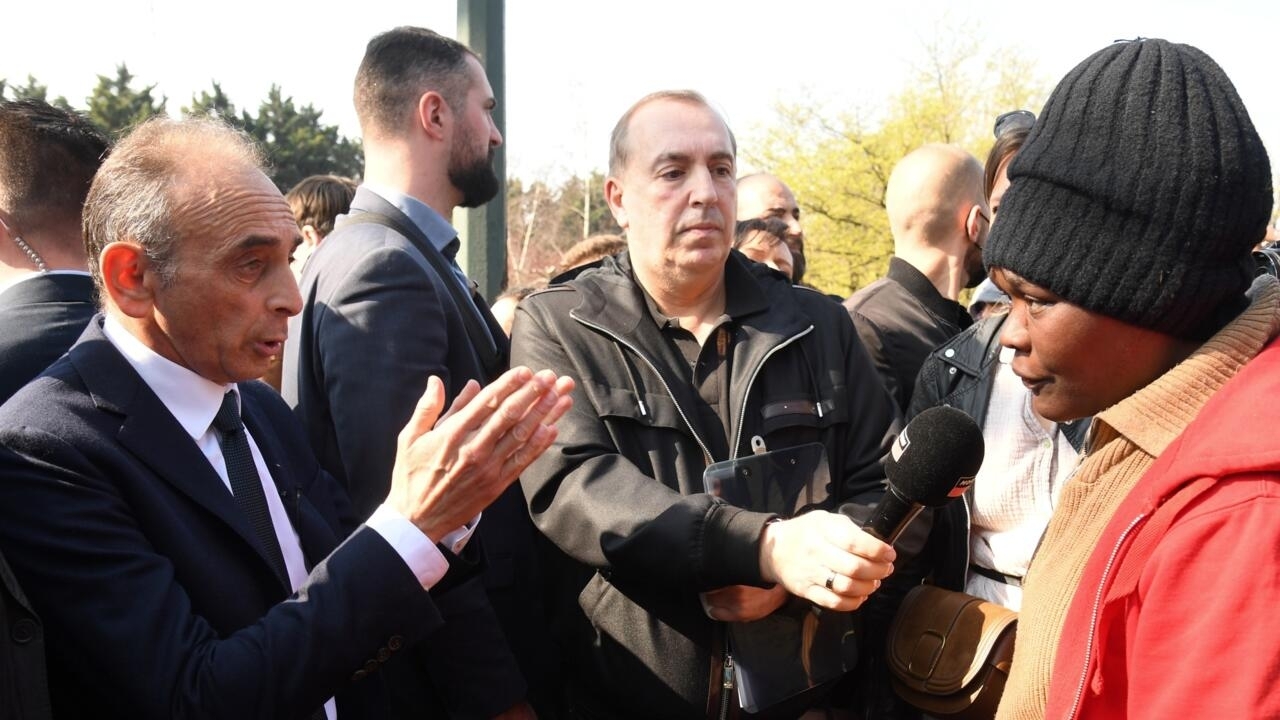 Live for more than an hour on CNews, with a banner on the screen "Eric Zemmour in the midst of drug addicts", the presidential candidate made a surprise visit to a neighborhood stricken by crack and where he spoke with exasperated residents.

"We are in a foreign enclave, it's obvious ... Most people have nothing to do here," insisted Eric Zemmour, in front of a makeshift camp or a few meters from a drug addict living in a trash can.

The former CNews polemicist was targeted by a bottle of water, losing his glasses in the process.

Other projectiles targeted him, including an egg, as well as numerous middle fingers and insults.

"I will get rid of these people, it's the only solution, there are not many," he said, before specifying the expulsion of foreign offenders.

"It's apocalyptic, this is what France will be like everywhere in ten years," he said in front of the camp.

During a peaceful exchange with a drug addict born in Haiti and arrived in France with her parents, he stressed that she had to "first treat" her addiction.

This woman explained "only knowing France" and asked "not to put everyone in the same bag".

Several residents have highlighted the degradation of the neighborhood, listing "sexual assault", violence, broken car windows or the fall in property prices.

One of them indicated that he would vote for Eric Zemmour

The "anti-crack 93 collective" for its part denounced a visit "for electoral purposes".

At the end of September, the Paris prefecture decided to evict drug addicts from the Jardins d'Éole district, in the northeast of the capital, to push them back to this site on the edge of the ring road.

Built in the process to block a tunnel and thus supposed to prevent the passage of crack users to the suburbs, the wall - called "wall of shame" by its detractors - remains erected.