On March 31, the cumulative number of local infected people in the province exceeded 56,000. The new crown pneumonia is not a large flu

China News Service, Beijing, March 25 (Zhang Yilin) ​​Recently, the epidemic situation has spread in many places. What is the overall situation of the epidemic situation? The Joint Prevention and Control Mechanism of the State Council held a press conference on the afternoon of the 25th. The responsible comrades of the National Health Commission's Disease Control Bureau and relevant experts atte 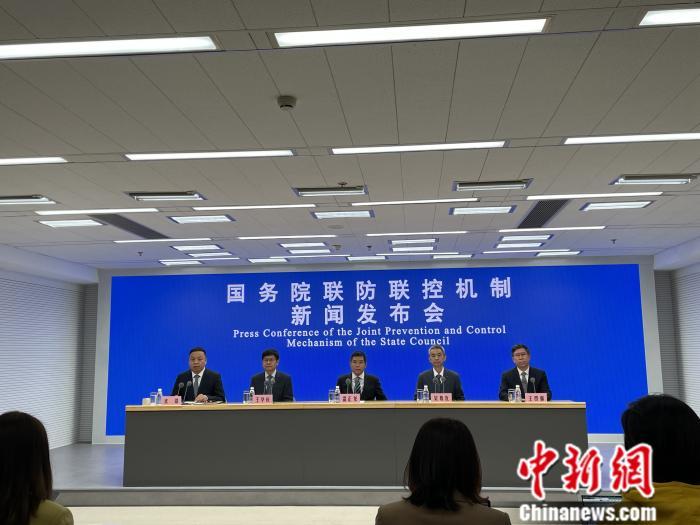 The Joint Prevention and Control Mechanism of the State Council held a press conference on the afternoon of the 25th. The responsible comrades of the National Health Commission's Disease Control Bureau and relevant experts attended to introduce the scientific, precise and persistent efforts to prevent and control the epidemic.

On March 25, the Joint Prevention and Control Mechanism of the State Council held a press conference.

Mi Feng, spokesperson of the National Health and Medical Commission, said that at present, the number of newly confirmed cases in the world has rebounded for the second consecutive week.

It is necessary to continue to adhere to the general policy of "dynamic clearing", improve epidemic monitoring, early warning and emergency response capabilities, scientifically organize nucleic acid and antigen testing, and promote the collection of infected people and close contacts. In every link, the community transmission of the epidemic will be completely blocked, and the social face will be cleared as soon as possible.

Since March, 31 provinces have reported more than 56,000 local infections

Lei Zhenglong, deputy director and first-level inspector of the National Health Commission's Bureau of Disease Control and Prevention, said that from March 1 to 24, a total of more than 56,000 local infections were reported in 31 provinces, affecting 28 provinces.

The epidemic situation in Shanghai, Hebei, Fujian, and Liaoning provinces has grown rapidly in recent days, and the risk of community transmission in the places where the epidemic occurred continues to exist.

The epidemic situation in Qingdao, Weihai, Zibo in Shandong Province, Shenzhen and Dongguan in Guangdong Province has been initially controlled.

The epidemic situation in Beijing, Chongqing, Zhejiang Province and other places has stabilized.

Wu Zunyou, chief expert of epidemiology at the Chinese Center for Disease Control and Prevention, introduced that "time-space accompaniment" is sometimes called "space-time intersection", which generally refers to staying together for a period of time within the same time and space grid as patients diagnosed with the new crown within 14 days people.

For example, if an infected person has been to a certain place within 14 days, and someone has intersected with him in the trajectory of these 14 days, he may be identified as a space-time follower.

Screening of "space-time companions" can identify potentially infected groups to the greatest extent, and include more people who have "space-time overlap" and may be infected into key investigations, so as to achieve early detection and advance prevention and control.

Wang Huaqing, chief expert on the immunization program of the Chinese Center for Disease Control and Prevention, said that 212 million people over the age of 60 in my country have completed the entire course of vaccination against the new coronavirus.

The case fatality rate did drop during the Omicron epidemic, but the total number of deaths or fatalities due to the outbreak was higher during the same period than during the delta strain.

This shows that the prevalence of the Omicron strain has not reduced the overall harm to a country.

This also suggests that the harm of the Omicron strain is still serious, and the new coronary pneumonia is not a "big flu".

Can an antigen result be used as a negative certificate?

Because the antigen test has certain false positives and false negatives, in the case of a positive antigen test, the nucleic acid review must be carried out eventually.

But in the case of a positive test, we manage it in a timely manner to avoid the risk of further spread.