In the spotlight: US President Joe Biden in Poland 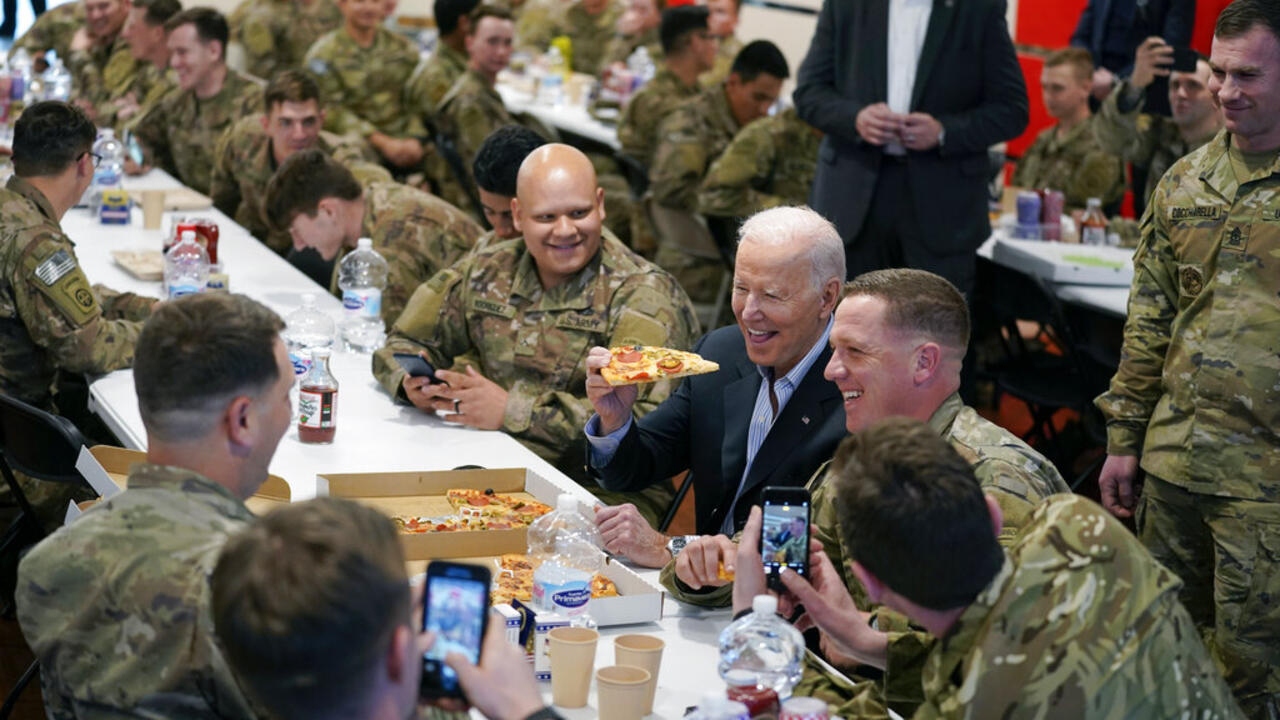 In the spotlight: US President Joe Biden in Poland

Joe Biden will speak about the humanitarian crisis caused by the war in Ukraine, explains

The American president could meet some of these refugees, underlines the newspaper.

What is certain is that he will review “

the 82nd Airborne Division, deployed in recent weeks in Poland to reinforce the eastern flank of NATO

He will also meet President Andrzej Duda this Saturday.

In recent years, there had been a rocky relationship, to say the least, between "

" and his attacks on independent media and LGBTQ+ people in Poland.

But already last year, according to

, after the first American warnings of a possible attack on Ukraine by Russia, President Duda seemed to want to distance himself from the more right-wing elements of his coalition.

However, even though today Warsaw has become a key member of the Western alliance, the United States underlines that it "

continues to draw attention to judicial independence, freedom of the press and the respect for minority rights

In the United States, the hearing of Judge Ketanji Brown Jackson before the Senate is over.

This step, mandatory before joining the Supreme Court, lasted most of the week.

And according to the American press, the Republicans did not grow out of it.

Their hostile and aggressive questioning tainted what could have been a meaningful moment for the country: the rise, with significant support, of the first black woman to the top of the American legal system

the hearings were marred by moments of mindless, staged indecency, in which the will to kill the opponent replaced questioning in good faith

picks up on some questions posed by Republican senators: “

Do you think child predators are misunderstood?

Do you think you can judge a Catholic impartially?

“, sums up an editorial writer for the

, Republicans wanted revenge for what they said were aggressive questions asked by Democrats four years ago during the confirmation of Judge Brett Kavanaugh.

the circumstances were extremely different

In any case, Judge

if no Republican votes to confirm this prominent African-American judge to the highest court, it will send a searing message, to say the least, about what the Republican Party has become

To read also: United States: end of the examination of the candidacy of Ketanji Brown Jackson for the Supreme Court

The United States is seeking the extradition of one of the suspects in the assassination of Haitian President Jovenel Moïse.

The request arrived Thursday before the Jamaican court where former senator Joseph Joel John was appearing for the fifth time for violating immigration rules, explains the

The Haitian government, which claims to have made its own extradition request, indicated, notes the

that it did not oppose that of the United States, where two suspects are already behind bars.

The newspaper recalls that the fugitive "

Joseph Joël John has, according to the

accepted his extradition, while worrying about the fate of his wife and children, who have requested refugee status in Jamaica.

The United States now has “

60 days to present evidence of the crime

To listen also: The newspaper of Haiti and the Americas

Thomas Ess, the resident delegate of the International Committee of the Red Cross, was expelled from Nicaragua.

recalls that the ICRC is so far "the

, the constant deterioration of the state of health: bad food, lack of medical attention, isolation and inhuman conditions of imprisonment.

The ICRC explains that it does not know the reasons for the expulsion of its representative, who "

took it by surprise

The organization says that despite this expulsion, its offices in Managua will continue to operate normally.