Pure lines, fine features and an elongated face: an extremely rare 19th century mask, the prerogative of a secret society of the Fang people in Gabon will be auctioned on Saturday in Montpellier. 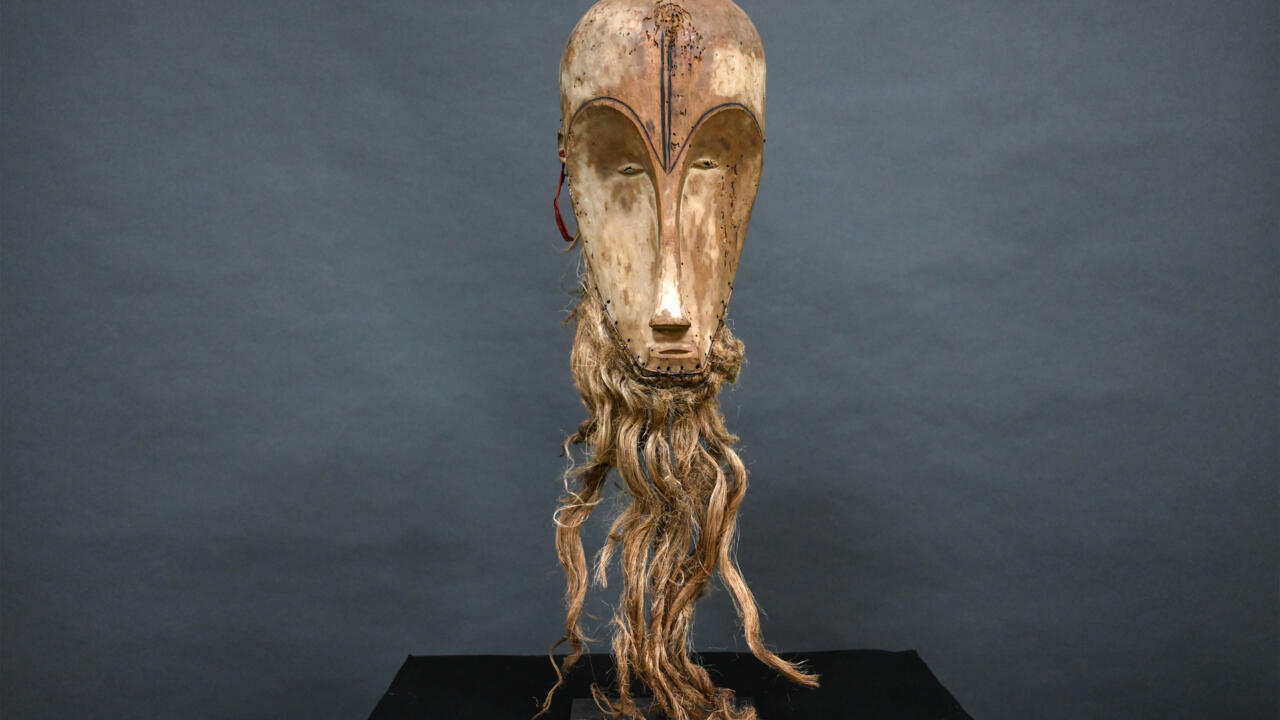 Carefully estimated between 300,000 and 400,000 euros by the auction house, it could exceed expectations.

In 2006, a wooden mask of the Fang people, 48 cm high, was acquired in Paris for 5.9 million euros, a record for this type of object whose aesthetics inspired the painters Modigliani or Picasso.

The one proposed on Saturday, 55 cm high, made of cheese wood, forms a stylized human figure with a broad domed forehead, almond-shaped eyes and a nose plunging towards a small mouth.

The chin bent forward, it is surrounded by a beard of raffia fibers.

It was collected around 1917, under unknown circumstances, by the French colonial governor René-Victor Edward Maurice Fournier (1873-1931), stationed in Dakar then in the Middle Congo, probably during a tour of Gabon, indicates the sale catalog.

Analyzes have dated it to the 19th century.

The governor's descendants found him at the time of the sale of a family property, "in an attic" where he had been sleeping since the 1920s, and were unaware of his rarity, the auctioneer in charge told AFP. of the sale, Jean-Christophe Giuseppi, according to whom there are only about ten masks of this type in the world.

"He belonged to the secret society of Ngil, of + vigilantes + who roamed the villages to flush out troublemakers, among whom were individuals suspected of witchcraft. Their sentences could go as far as death, "said Mr. Giuseppi.

The sale, which was widely publicized and featured on the front page of auction magazine Gazette Drouot, will take place in the south of France but is expected to attract international collectors, according to the auctioneer.

In particular, there will be two contractors in the room and eight connected to Montpellier by telephone.

Coming from a private collection, it has obtained an export license from the Ministry of Culture.

The public sale will take place on Saturday at the Hôtel des Ventes in Montpellier from 2:00 p.m.

For several years, a debate has existed on the question of African objects and works of art present in the collections of the European countries which had colonized the continent.

Auctioneer Jean-Christophe Giuseppi next to an extremely rare mask of the Fang people, in Gabon, dating from the 19th century, presented on March 24, 2022 in Montpellier, before its auction on Saturday Pascal GUYOT AFP

Countries such as Belgium and France have thus initiated processes for the restitution of certain works.

In November 2021, France returned 26 royal treasures to Benin looted from the Abomey Palace in 1892 by colonial troops.