Are you really ready for the gradual "unbundling" of epidemic prevention measures in many countries?

China News Service, March 23. The new crown pandemic has entered its third year. The dominant virus strain that controls the global epidemic trend has changed from Delta to Omikron. Confirmed cases have surged again in many places, and politicians from many countries have been "hit" one after another.   On March 22, local time, German Federal President Frank-Walter Steinmeier and his wife teste 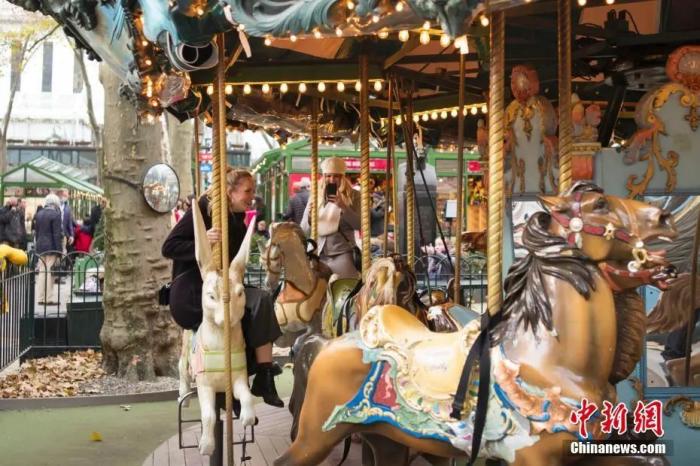 China News Service, March 23. The new crown pandemic has entered its third year. The dominant virus strain that controls the global epidemic trend has changed from Delta to Omikron. Confirmed cases have surged again in many places, and politicians from many countries have been "hit" one after another.

However, some countries have put on the agenda the gradual "unbundling" of epidemic prevention measures, including no longer mandating the wearing of masks and easing entry restrictions.

Expert analysis said that the new crown pandemic is far from over, and it is necessary to look carefully at the relaxation of epidemic prevention measures and prepare for possible new variants.

Germany has lifted most of its restrictions, including the requirement to wear masks in most places, after a "difficult compromise" even as the number of infections in a single day approached 300,000, Deutsche Welle reported on March 19 say.

Similar to Germany, some countries are easing or planning to relax epidemic prevention measures due to economic considerations and other factors.

There are also some countries' health departments and people who believe that the new crown virus will become an "endemic epidemic" at some point, and it is not so terrible.

Masks are no longer a must for them to travel.

Following the relaxation of the "mask order" in many places, the U.S. Centers for Disease Control and Prevention stated in its updated epidemic prevention guidelines on February 25 that about 70% of Americans do not need to wear masks in indoor places.

In France, the wearing of masks is no longer mandatory in most indoor venues since February 28. President Macron even changed the avatar used on social media from wearing a mask to one that does not wear a mask.

FILE PHOTO: A truck with a screen for precautions against the new coronavirus drives past the Shibuya intersection in Tokyo.

At the same time, relaxing entry restrictions has become an option for many countries.

Japan will increase the daily limit of entry from 5,000 to 7,000 from March 14; the United Kingdom has lifted all entry restrictions; Canada has begun steps to ease travel restrictions in stages; the Philippines, Greece, Thailand and other countries have also indicated that they will further ease entry limit.

Due to the increasing medical pressure, South Korea chose to slightly relax the epidemic prevention measures.

From March 21, the maximum number of people for private gatherings has been increased from six to eight.

Medical workers guide people waiting to be tested for the new coronavirus at a makeshift testing site in Seoul, South Korea, March 17, 2022.

Just as many countries relax epidemic prevention, the "New York Times" recently asked: A new wave of epidemics is coming, are people ready?

The Omicron wave once pushed the U.S. epidemic curve to its peak.

Now, scientists and health officials are bracing for another surge in infections.

On the other side of the Atlantic, confirmed cases in the United Kingdom, France, Italy and other countries have risen sharply after showing a downward trend for several days.

In Asia, the cumulative number of confirmed cases in South Korea exceeds 10 million, and 1 in 5 people are infected; Thailand extends the implementation period of the "Emergency Law" for the 17th time...

In the face of the resurgence of the epidemic in many countries, the WHO is also deeply concerned.

Maria van Kerckhoff, technical director of WHO's emergency program, pointed out that more and more countries are lifting epidemic prevention measures, while many countries still have insufficient vaccination rates, which makes the virus more likely to spread.

Another factor is that the Omicron BA.2 variant is extremely infectious, and this variant has become the main transmission virus in some countries.

The chairman of the French government's scientific committee also pointed out that if the new coronavirus continues to spread, new strains may appear in the autumn or even earlier.

However, Van Kerckhoff also said that the medical community now has more means to deal with the epidemic.

"We all hope that the new crown pandemic will end, but this does not mean that it has really happened." Strain, a front-line doctor of the new crown at the University of Exeter Medical School in the United Kingdom, said with emotion.

However, how to prudently relax epidemic prevention measures and maintain a balance between protecting lives and developing the economy is still a major test for all countries.