Local media said that a senior commander in the Yemeni army was killed in an explosion in the city of Aden, southern Yemen, in addition to 4 soldiers. 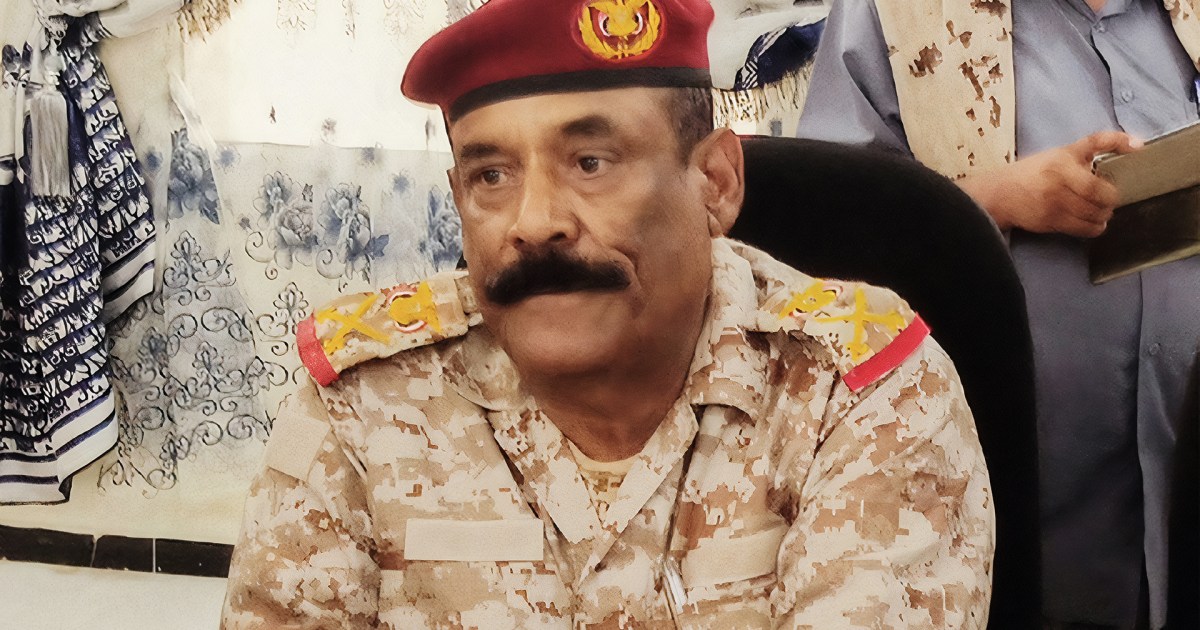 Local media said that a senior commander in the Yemeni army was killed in an explosion in the city of Aden, southern Yemen.

And the French Press Agency quoted a security official in the Yemeni government that Major General Thabet Jawas and 4 soldiers were killed in a car bomb explosion when their vehicle was passing on the road in an area near north of Aden.

According to local media, the explosion occurred near a fuel filling station in the Green City, north of Aden.

Major General Jawas is considered one of the most prominent leaders of the government forces that have been fighting the Houthis since mid-2014.

His name was associated with several battles waged by the Yemeni army against the Houthis between 2004 and 2010, the most important of which was the first battle in which Hussein Badr al-Din al-Houthi, one of the group's most prominent historical leaders, was killed.

No one claimed the bombing.

Often, areas in southern Yemen witness explosions caused by car bombs or ballistic missiles, which government forces accuse the rebels of being behind.

Al-Qaeda and the Islamic State also launched attacks on government forces, which resulted in dozens of deaths and injuries among these forces, especially in the city of Aden, which the government takes as a temporary capital.

Yemen, the poorest country in the Gulf, has been witnessing a war since 2014 between pro-government forces and the Houthis, who control much of the north of the country, especially the capital, Sanaa.

Martyrdom of Major General Thabet Jawas in a terrorist operation in the Green City, may God have mercy on him and grant him paradise