The Yemeni army repels a "Houthi" attack south of Ma'rib

The Yemeni legitimate forces, backed by tribes, repelled a major attack launched by the terrorist Houthi militia south of Ma'rib, and inflicted heavy losses on them in equipment and lives. 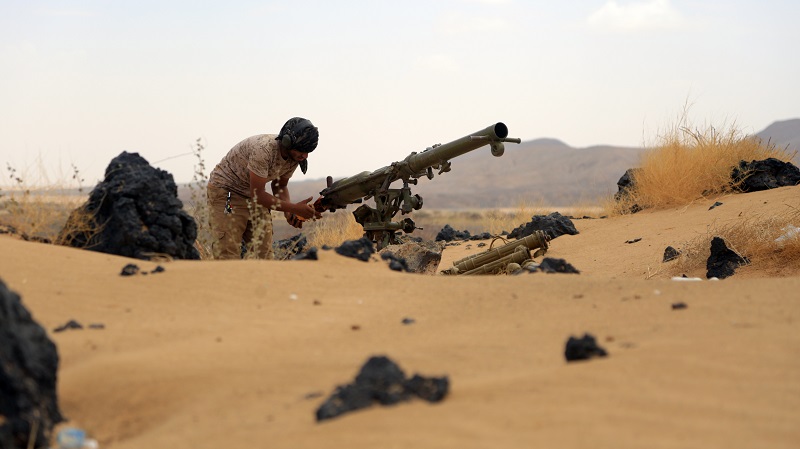 The Yemeni army repels a "Houthi" attack south of Ma'rib

One of the elements of the Yemeni army in Ma'rib.

The Yemeni legitimate forces, backed by tribes, repelled a major attack launched by the terrorist Houthi militia south of Ma'rib, and inflicted heavy losses on them in equipment and lives. Al-Amoud village in Al-Jawbah District,” and extended to the vicinity of the “Umm Reesh” camp, noting that the Houthi militias used 6 combat teams, but they failed to achieve their goal of penetrating the defenses of the Yemeni army and the tribes.

The sources stated that all Houthi attempts to advance towards the city of Ma'rib from the southern and western axes were thwarted, as it sustained heavy losses among its elements, including 15 field leaders, in addition to destroying various combat mechanisms.

The Chief of Staff of the Yemeni Army, Commander of the Joint Forces, Lieutenant General Saghir bin Aziz, stressed that the militias do not want peace at all and are striving to prolong the war and destroy the capabilities of Yemenis.

In Al-Jawf, local sources confirmed that the fighters of the Arab coalition to support legitimacy destroyed a ballistic missile launcher and a warehouse containing missiles and drones belonging to the militias in the "Malaha" area of ​​the Al-Masloub district.

In Al-Dhalea, the joint and southern forces repelled a Houthi attack northwest of the governorate, incurring heavy losses, while the militias continued for the sixth consecutive day to burn farms and civilian homes in areas northwest of Maris and Al-Fakher.

In Taiz, Yemeni army forces bombed a Houthi site in the Mudrat area, west of the city, and destroyed Houthi vehicles, which led to the death and injury of a number of militia members, in response to the militias' bombing of the Institute of Health Sciences east of the city.

In Al-Hodeidah, three civilians, including a girl, were injured by a Houthi landmine explosion, while they were passing through the village of "Al-Kadh" in the Al-Khokha district, south of the governorate.