In the midst of a military offensive in Ukraine, a Russian judge on Tuesday found Alexei &nbsp;Navalny&nbsp;guilty of "fraud" and "contempt of court", paving the way for a severe extension of the prison sentence of the main opponent of the Kremlin.&nbsp;In the case, the investigators accuse Alexei&nbsp;Navalny&nbsp;of embezzling millions of donation rubles. 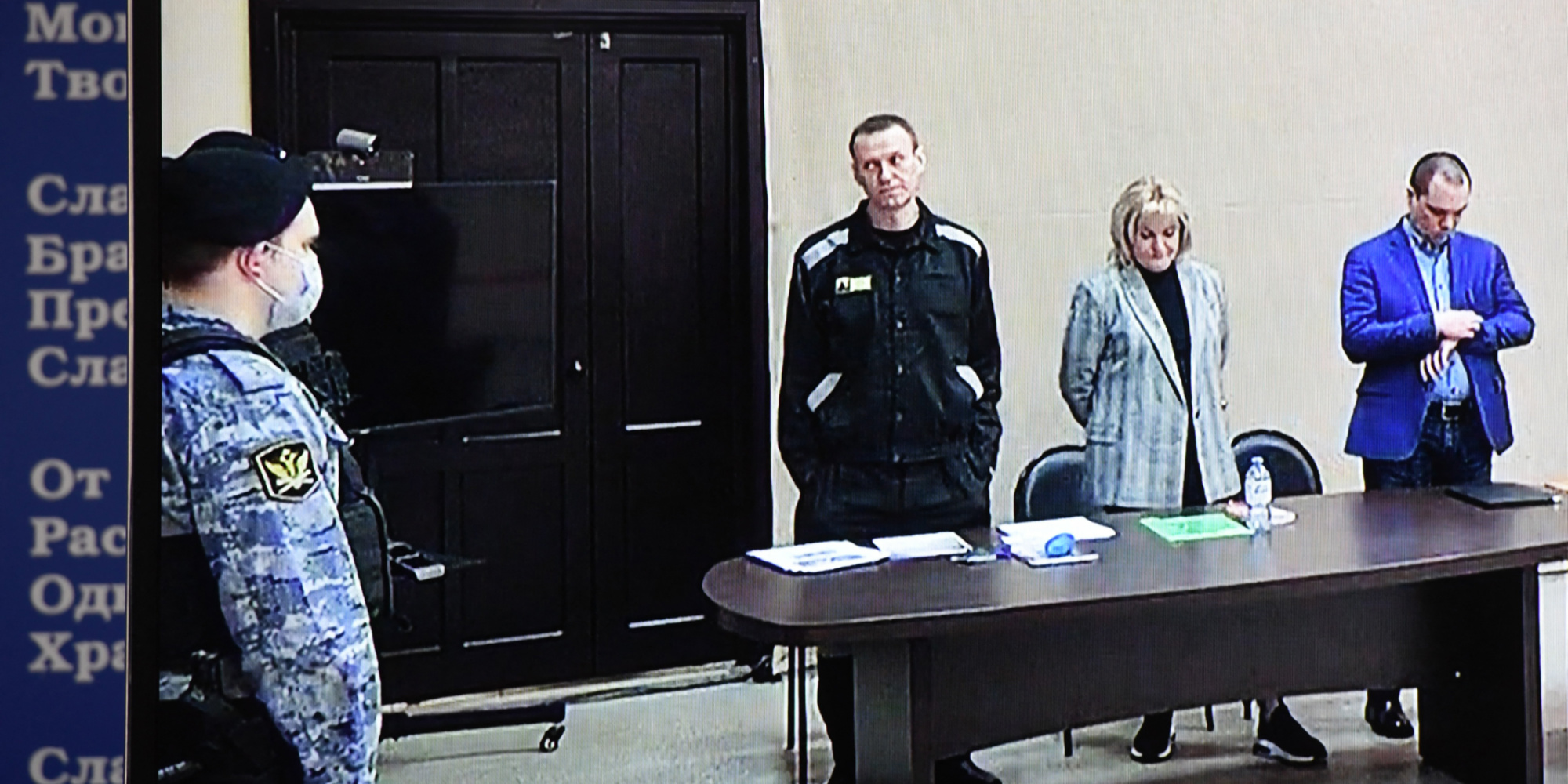 In the midst of a military offensive in Ukraine, a Russian judge on Tuesday found Alexei Navalny guilty of "fraud" and "contempt of court", paving the way for a severe extension of the prison sentence of the main opponent of the Kremlin.

In the case, investigators accuse Alexei Navalny of having embezzled millions of rubles in donations.

A Russian judge on Tuesday found Alexei Navalny guilty of "fraud" and "contempt of court", paving the way for a severe extension of the prison sentence of the main opponent of the Kremlin, in the midst of increased repression by the offensive in Ukraine.

The prosecution had requested last week that the sentence of two and a half years of detention, which Alexei Navalny has been serving for a little over a year, be increased to 13 years of imprisonment.

The charismatic anti-corruption activist and former lawyer, 45, has been on trial since mid-February behind the walls of his penal colony, 100 km east of Moscow, in an improvised court.

Navalny could be transferred to a prison with a "severe" regime

He appeared at the hearing on Tuesday dressed in his convict uniform, his face emaciated, listening to the statement of the verdict with his hands in his pockets, between two laughs and discussions with his lawyers, according to an AFP journalist on the spot.

Judge Margarita Kotova, unsurprisingly, found him guilty at the start of the reading of the judgment which could last several hours until the announcement of the sentence.

“Navalny has committed a fraud, which is the theft of property from others by an organized group,” Ms. Kotova said, in a rapid, mechanical voice.

At the end of the verdict, Alexeï Navalny could be transferred, at the request of the prosecution, to a so-called “severe regime” prison much further from Moscow and where the conditions of detention are much harsher.

Around 100 journalists watched a video broadcast of the hearing in a press room set up in the penal colony.

No supporter of the opponent was present, except his two lawyers, in the midst of a wave of intimidation against the critical voices of the Kremlin.

Accused of embezzling millions of rubles

In the case tried on Tuesday, investigators accuse Alexei Navalny of embezzling millions of rubles in donations to his anti-corruption organizations and of "contempt of court" during a previous trial.

He denounces these accusations as fictitious and ordered by the Kremlin to keep him in prison as long as possible.

An activist known for his scathing investigations into corruption and the lifestyle of the elites in Russia, Alexeï Navalny has been suffering uninhibited repression from power for more than two years.

In August 2020, he fell seriously ill in Siberia, victim of poisoning with a nerve agent sponsored, according to him, by the Russian president in person.

The Kremlin denies this, but Russian authorities have never investigated the alleged assassination attempt.

Upon his return to Russia in January 2021, after five months of convalescence, he was arrested and then sentenced to two and a half years in prison for a "fraud" case dating back to 2014 and involving the French company Yves Rocher.

Navalny against fighting in Ukraine

In June 2021, his organizations, which had been campaigning for years throughout Russia, were designated "extremists" and banned on the spot, pushing many activists into exile to avoid prosecution.

Others have been arrested and face heavy prison sentences.

This relentless crackdown, which has been accompanied by the banning of the last media outlets and NGOs critical of the Kremlin, has prompted an outcry in the West and sanctions against Moscow.

Even from his penal colony, Alexei Navalny continues to send messages castigating the power of Vladimir Putin.

Since the offensive in Ukraine, he has spoken out strongly against the fighting.

He has continued to call for demonstrations against the conflict despite the risks involved, the authorities having further strengthened their legal arsenal, with heavy prison sentences at stake, to stifle any criticism of the Russian army.

Despite everything, more than 15,000 people have been arrested in Russia in almost a month for having demonstrated against the offensive, according to the specialized NGO OVD-Info.

At the same time, the government has also tightened its grip on the dissemination of information on the conflict, by blocking access in Russia to dozens of local and foreign media.

These are already blocked in Russia, as are Twitter and TikTok.