Before the parliament convenes to choose a president for Iraq..Nuri al-Maliki clings to the guarantor third

The coordination framework in Iraq affirmed its adherence to the guarantor third to move forward with the selection of a prime minister for the Iraqi government, this came in a tweet by the leader of the State of Law coalition, Nuri al-Maliki, who is considered the most prominent leader in the framework. 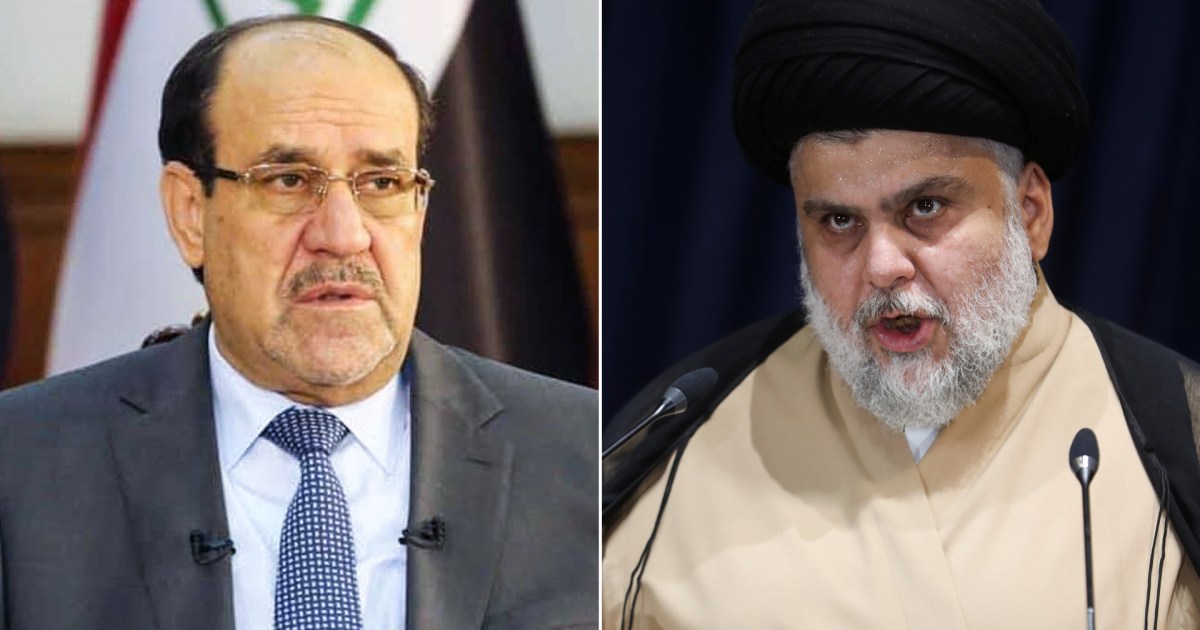 The coordination framework in Iraq affirmed its adherence to the guarantor third to move forward with the selection of a prime minister for the Iraqi government, this came in a tweet by the leader of the State of Law coalition, Nuri al-Maliki, who is considered the most prominent leader in the framework.

Al-Maliki said in a tweet on Twitter, "The coordination framework and its allies adhere to the third guarantor of the integrity of the political process, preventing political chaos, and preventing the production of a weak government that harms the interests of citizens and weakens the prestige of the state."

It is noteworthy that the State of Law coalition won 32 seats in the Iraqi parliament out of 329.

In a tweet that preceded it, al-Maliki said that the issue of dissolving the parliament and re-running the current parliamentary elections is unacceptable, and the framework and its political forces did not present it or allow it, and he stands firmly against this option.

Al-Maliki's words come as the date for the election of the president of the republic, which was set by the Iraqi parliament on March 26, is approaching, after he failed to hold the parliamentary session to elect the president because of the appeals submitted to the Federal Court, which led to opening the door for candidacy for the post of president of the country more than once.

With the continuation of the political impasse between the tripartite alliance that includes the Sadrist movement (which won 74 seats in the current parliament), the Sunni Sovereignty Alliance (a coalition that offers 37 seats and the Azm alliance 14 seats) and the Kurdistan Democratic Party (31 seats) on the one hand, and between the Coordinating Framework and the Patriotic Union of Kurdistan (17 seats) On the other hand, it seems that all scenarios are possible.

The Federal Court to elect the President of the Republic stipulated that the House of Representatives achieve the attendance of 220 deputies in the session out of the total number of members of the Iraqi Council of Representatives of 329 seats.

The Triple Alliance has 180 deputies, and 40 others need to attend the presidential selection session, so the leader of the Sadrist movement, Muqtada al-Sadr, called yesterday, in a tweet on Twitter, the independent representatives to attend the presidential election session in order to get the country out of the political impasse it is experiencing.

In his tweet, Al-Sadr called on independent members of the House of Representatives to participate in the government of the national majority, and to vote on the presidential candidate in the session scheduled for March 26.

Al-Sadr made it clear that his call to form a majority government is "an experiment that must be conducted, perhaps it will be the beginning of the country's advancement" away from the consensus governments that were approved to form previous governments.

In response to al-Sadr's call, Adnan al-Jabri, a member of the Iraqi parliament for the coalition of independents, expressed support for the formation of a national majority government, on the condition that they be involved in naming the prime minister.

The independents fall under the "Independent Iraq" alliance, with 40 deputies.

Al-Jabri told the official Iraqi News Agency that "the independent parliamentarians set a precondition to grant them the right to participate in naming the prime minister-designate, otherwise they will not be a party to naming him."