China News Service, March 21. At about 14:38 on March 21, China Eastern Airlines flight MU5735 lost contact and crashed over Wuzhou City, Guangxi during the Kunming-Guangzhou mission. There were 123 passengers and 9 crew members on board.   The registration number of flight MU5735 is B-1791, the model is Boeing 737-800, and the age is 6 years. After sorting out, the accidents that occurred on B 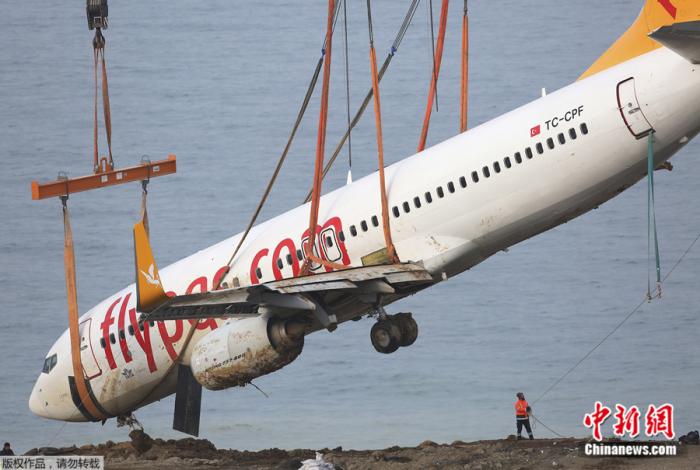 There were 123 passengers and 9 crew members on board.

After sorting out, the accidents that occurred on Boeing 737-800 aircraft in the past 16 years are as follows-

On September 29, 2006, Brazil Gore Airlines Flight 1907, a Boeing 737-800 from Manaus, the capital of Amazonas, to Brasilia, crashed after colliding with a small plane over the Amazon forest. All 154 people on board were killed.

On May 5, 2007, Kenya Airways Flight 507, a half-year-old Boeing 737-800, crashed shortly after takeoff from Douala International Airport in Cameroon.

All 114 people, including 108 passengers and 6 crew members, were killed.

On February 25, 2009, a Boeing 737-800 passenger plane of Turkish Airlines Flight 1951 crashed while landing in Amsterdam, the Netherlands. The fuselage was broken into three pieces without causing a fire.

The accident killed 9 people and injured 120.

On May 22, 2010, when a Boeing 737-800 of Air India Express Flight 812 was landing at Mangalore International Airport in Karnataka, India, it skidded off the runway and fell into a valley. An explosion occurred immediately, killing 159 people. Killed, 8 people were rescued.

On July 30, 2011, a Boeing 737-800 passenger plane flying Caribbean Airlines Flight 523 overran the runway and hit the airport fence during a rainy landing at Georgetown International Airport in Guyana, breaking the fuselage in two.

One of the 157 passengers and six crew members on board was seriously injured, many suffered minor injuries, and no one died.

On April 13, 2013, when a Boeing 737-800 passenger plane of Indonesian Lion Air landed in Bali, the tail of the plane failed and the passenger plane could not slow down. One end fell into the sea next to the airport and broke in two.

Fortunately, all 101 passengers and 7 crew members survived, 45 of whom were injured.

On March 19, 2016, flydubai flight 981, a Boeing 737-800 from Dubai, United Arab Emirates, to Rostov-on-Don, Russia, crashed while landing at Rostov-on-Don airport, with 55 passengers and 55 passengers on board. All seven crew members were killed.

On January 13, 2018, the Boeing 737-800 of Turkish Pegasus Airlines Flight 8622 overran the runway during the landing at Trabzon Airport. The plane veered off the runway to the left and crashed into the slope beside the runway. It rushed into the sea and three people were slightly injured.

Although rescuers confirmed that all 36 passengers on board were safe, Air Papua New Guinea issued a statement the next day saying one person was missing.

On October 1, 2018, the missing passenger was found and confirmed dead.

On February 5, 2020, a Boeing 737-800 of Turkish Pegasus Airlines flying from Izmir to Istanbul overran the runway and broke into three pieces during landing.

Three of the 183 people on board were killed and 179 were injured.