Turkey's foreign minister says Russia and Ukraine are approaching a peace deal. - Especially on the first four points, we can see that they almost agreed, says Mevlüt Cavusoglu. However, the British Foreign Secretary calls the negotiations a "Russian smokescreen" 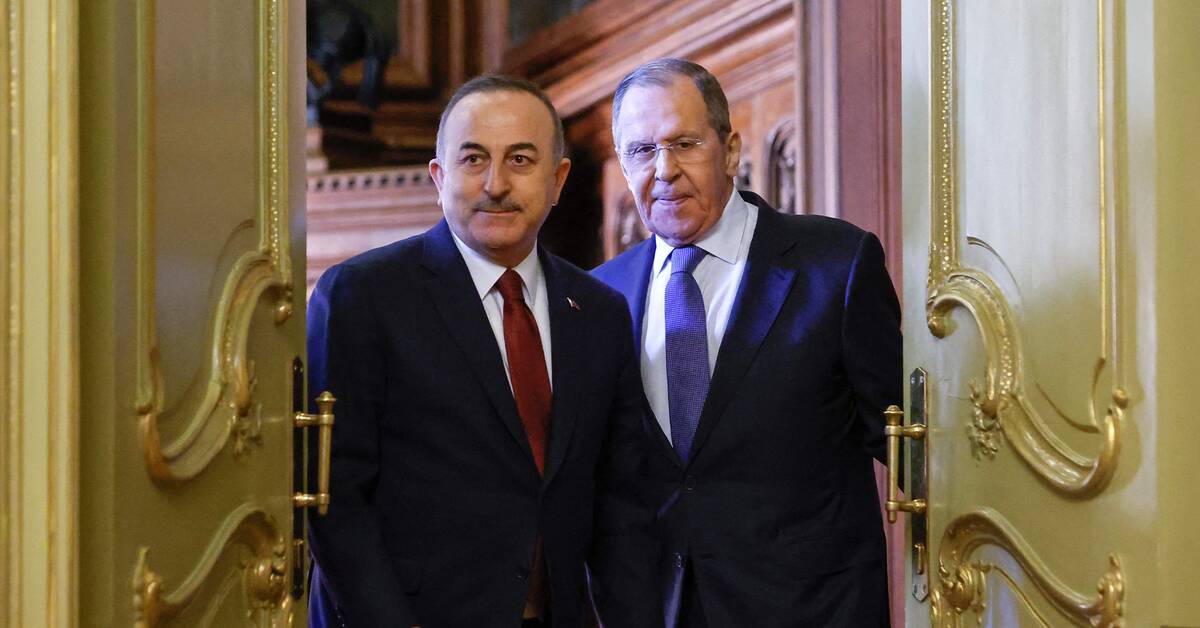 Russia and Ukraine are making progress and mention a peace agreement on several points.

It writes the Financial Times and quotes the Turkish Foreign Minister Mevlüt Cavusoglu, who spoke in the loyal Turkish newspaper Hürriyet.

- In important areas, critical areas, there is an rapprochement between the two sides, says Cavusoglu.

According to him, Russia and Ukraine have "almost agreed" on four points:

It is about Ukraine declaring itself neutral and abandoning the ambition to become a member of the NATO defense alliance, a so-called "demilitarization" and "denazification" of Ukraine by Russia, and that all restrictions on the use of the Russian language be lifted in Ukraine.

Turkey, together with Israel, is trying to mediate peace between Russia and Ukraine.

Earlier this month, Foreign Ministers Sergei Lavrov from Russia and Dmytro Kuleba from Ukraine met in the Turkish tourist resort of Antalya with the country's Foreign Minister.

The discussions did not lead to any concrete results, writes Reuters.

But Cavusoglu, who also traveled to Russia and Ukraine last week for talks with Lavrov and Kuleba, said in an interview with Hürriyet that the two sides have next agreed on four key points in a possible future peace agreement.

He adds that the presidents of both countries need to meet and agree, something that he says he does not seem to have "a negative attitude towards".

Zelensky: Ready to negotiate with Putin

Ukrainian President Volodymyr Zelensky confirmed in an interview with CNN on Sunday that he was ready to negotiate with Russian President Vladimir Putin, but warned at the same time that failed negotiations could lead to "a third world war".

- I'm ready for negotiations with him.

I've been ready for the last two years.

And I think that without negotiations we can not end this war, says Zelenskyj.

If there is only one percent chance of stopping the war, he says it must be taken advantage of.

- Russian forces have come to exterminate us, to kill us.

But unfortunately, our dignity will not preserve life, says Zelenskyj.

Russia's Foreign Minister Sergei Lavrov said earlier in March that there was a "business spirit" giving rise to an agreement in talks with Ukraine.

- A neutral status is seriously discussed with connection to security guarantees, Lavrov says to the Russian channel RBK TV.

Representatives of the governments of Kyiv and Moscow have held several rounds of negotiations since the invasion of Ukraine began on February 24.

The fourth and final round of talks began on Monday.

However, British Foreign Secretary Liz Truss is skeptical that Russia is trying to reach a peaceful solution to the conflict and describes the talks as a Russian "smoke curtain".

"If a country is serious about negotiations, it will not indiscriminately bomb civilians on the same day," Truss said in an interview with The Times.

- What we have seen is an attempt to create space for a Russian regrouping.

We do not see any serious retreats by Russian forces or any serious proposals on the negotiating table, she adds.