Johnny Hallyday's mythical Harley-Davidson "Laura Eyes" was exchanged Friday evening at the Retromobile show in Paris for 470,840 euros, a record for a motorcycle of the brand dating from the post-war period,… 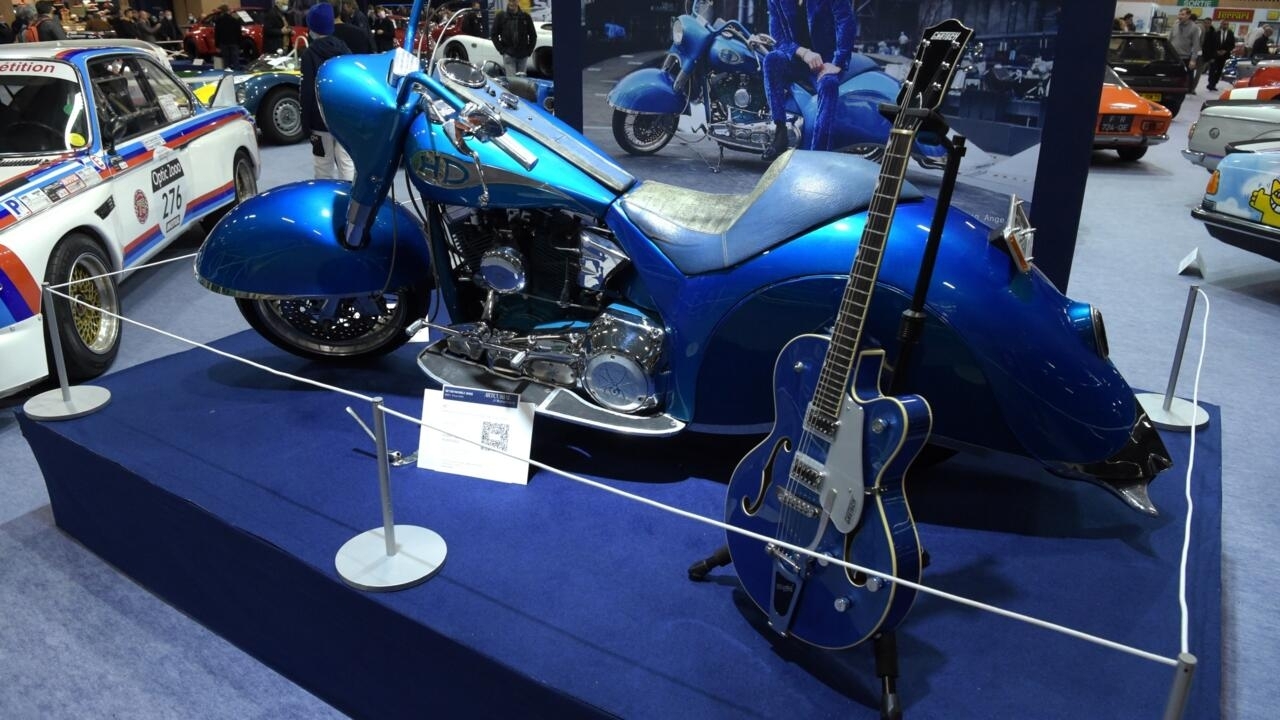 Estimated between 50,000 and 250,000 euros, the bike was the subject of a ten-minute battle between bidders before being awarded 470,840 euros to an anonymous buyer.

This Softail Heritage 1340 model, piloted by the French singer during a "road trip" to the United States in 1990, had a new life in France, following a complete transformation in Cannes, going from orange and black to electric blue.

Offered to the star by the boss of Universal Music Pascal Nègre, and renamed in homage to the daughter of rocker Laura Smet, the Harley is the mechanical star in 1995 of the clip "I can't stop wanting you" (album Rough Town) .

In 1998, she entered the Stade de France with him for an anthology concert.

Just before the performance, the motorcycle had been sold to a French fan during a competition organized by Johnny and his record company.

The lucky winner will keep it for 23 years.

The seller has undertaken to donate 20% of the price to the association La Bonne Etoile, created by the widow of the singer Laeticia Hallyday.

Last September, many fans and some 150 "bikers" went to Paris for a day of tribute to the singer, almost four years after his death.

On this occasion, a work by plastic artist Bertrand Lavier had been unveiled (and variously appreciated): the 6-meter statue installed near Bercy is composed of a mast in the shape of a guitar neck, with a Harley-Davidson at the top.