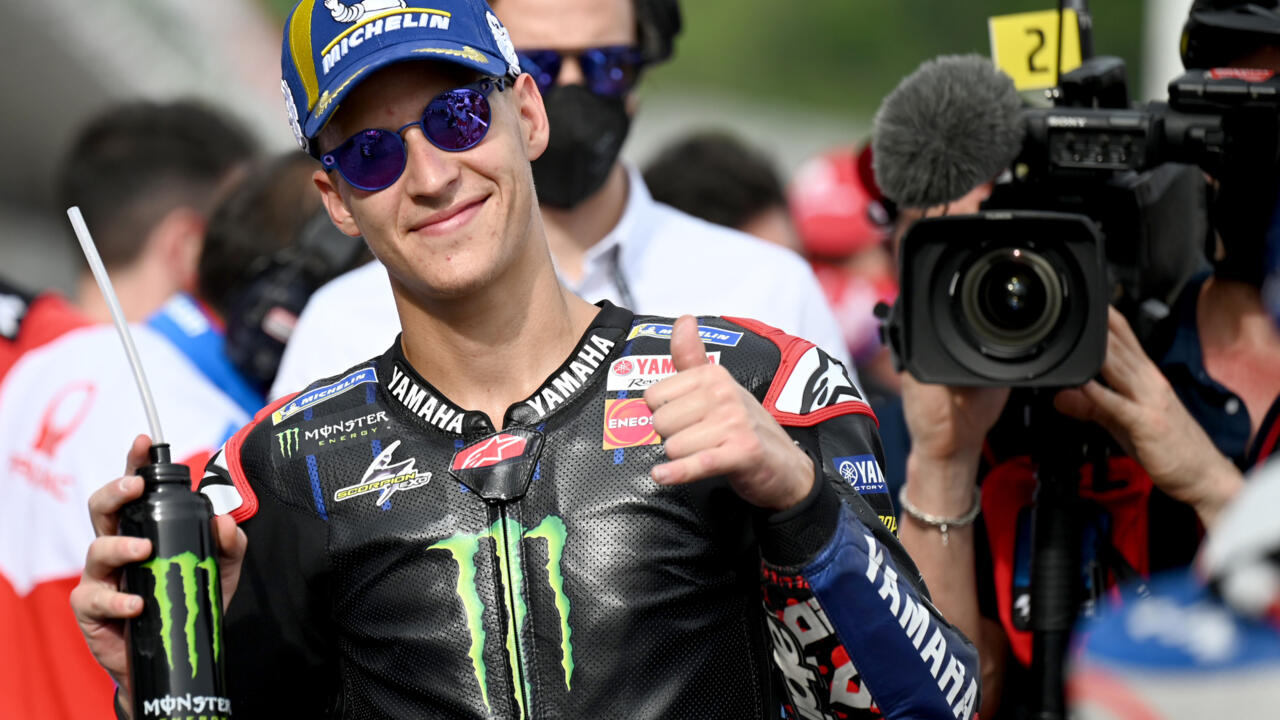 He finds the pole and the smile: after a disappointing 8th place in Qatar a fortnight ago, Quartararo signed the 16th pole position of his career in the elite.

The first since June 2021 in Catalonia.

"It's good to be back here, it's been a long time!", He smiled after his performance, in the square reserved for interviews with the first three.

In search of a rebound after Qatar, on a Yamaha lacking power, Quartararo was expected on this brand new Mandalika track, by the sea, with a straight line of "only" 507 meters which corresponds more to the characteristics of his bike. .

"And I'm even happier after FP4 (free practice 4, editor's note), I did 15 laps at once, I had a very good pace, it's promising for Sunday," he said. it belongs.

"We didn't make any mistakes, thanks to the team, we never give up, I feel good before tomorrow and that's the most important thing", he concluded, he who had not best known the pole in 12 races.

He will have to be wary in the first place of the two Ducati-Pramacs of Martin and Zarco, confident after these qualifications which also saw the six-time MotoGP champion, Marc Marquez, fall twice in quick succession.

"It was important to qualify well because it's difficult to overtake on this circuit, in addition all the drivers have a very similar pace. I'm pretty confident for tomorrow", warned Martin, poleman in Qatar before giving up. race.

The joy of Spaniard Jorge Martin, 2nd on the handlebars of his Ducati-Pramac, after qualifying for the MotoGP Grand Prix of Indonesia, March 19, 2022 on the International Circuit in Kuta Mandalika SONNY TUMBELAKA AFP

"We work well with the team, looking for the right rhythm, in these conditions which make things so difficult", explained for his part Zarco.

"If I can get that pace and also some air, then I have a good chance for the race," continued the Frenchman, as all the drivers spoke of the tropical, hot and humid conditions in Indonesia.

Frenchman Johann Zarco, riding his Ducati-Primac, during the first free practice session of the MotoGP Grand Prix of Indonesia, March 18, 2022 on the International Circuit in Kuta Mandalika SONNY TUMBELAKA AFP

Brad Binder (KTM), Enea Bastianini (Ducati-Gresini), surprise leader of the championship after his victory in Qatar a fortnight ago, and the 2021 vice-champion Francesco Bagnaia (Ducati) will start in the second row.

Indonesia had already organized two races in the motorcycle world championship, in 1996 and 1997, but in the 500 cc category.

This is the first time since its establishment in 2002 that MotoGP, and its 1000 cc displacements, have made a stopover in the Indonesian archipelago.

In addition to the weather conditions, the pilots will have to be wary of the tarmac, recently redone after criticism for safety in February during the pre-season tests.

On Saturday, many riders crashed.

Marquez, already on the ground Friday in practice, lost control twice in a few minutes.

Without serious a priori, except for the mind of the Spaniard, weighed down by injuries for two years.