Agents from the Area for the Protection of Minors (APROME), belonging to the Malaga Provincial Headquarters of the Police Unit Attached to the Community of Andalusia, have arrested... 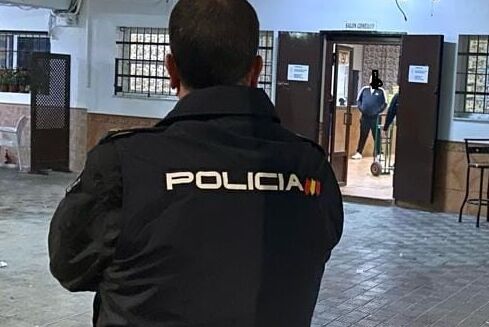 Agents from the Area for the Protection of Minors (APROME), belonging to the

Malaga Provincial Headquarters of the Police Unit Attached to the Community of Andalusia,

, of Moroccan nationality, for committing a crime against minors .

family rights and duties and another of illegal detention, by keeping his own ten-year-old son cloistered and isolated for a year

in a room in his own home

These events date back to the end of October last year, when the Andalusian Government's Child Protection Service in Malaga went to the Attached Police

warning of suspicions about the situation of lack of protection due to isolation. society in which a minor could be found.

Thus, from that moment, a close follow-up of the case was carried out by the agents of the Attached Police, Social Services and the Child Protection Service itself, the Board reported in a statement.

To execute this resolution, on January 25, a large police device was established to gain access with a court order to the home where the minor was located and, proceeding in this way, to his

removal and subsequent admission to a protection center

After talking with the boy, the minor stated that he

and that he spent most of his time playing video games and watching television constantly, without interacting with anyone.

ratified by the minor's aunt and her son

, who despite living in the same address as the minor, stated that it was common for months to pass without seeing him;

since he stayed all the time in his room.

Depending on the severity of the manifestations;

As well as the evidence provided by the Social Services, health centers and affected schools that confirmed the complete confinement and social isolation of the minor during the last year, her parent has been arrested.

The competent judicial authority has issued a restraining order and prohibition to communicate with his son, as well as the prohibition of leaving the national territory and withdrawal of the passport.

Meanwhile, assessments are carried out to determine the extent of the impact of the emotional and physiological damage caused to the minor, who continues to be protected by the Junta de Andalucía.