The Museum of the Future hosted Professor Craig Clark, Report Editor and Global Head of Future Cities and New Industries at HSBC Group, during a new session in the "Future Dialogues" series, entitled "The Future of Cities and the Role of Dubai", which addressed the reality of cities in the post-pandemic and global era. 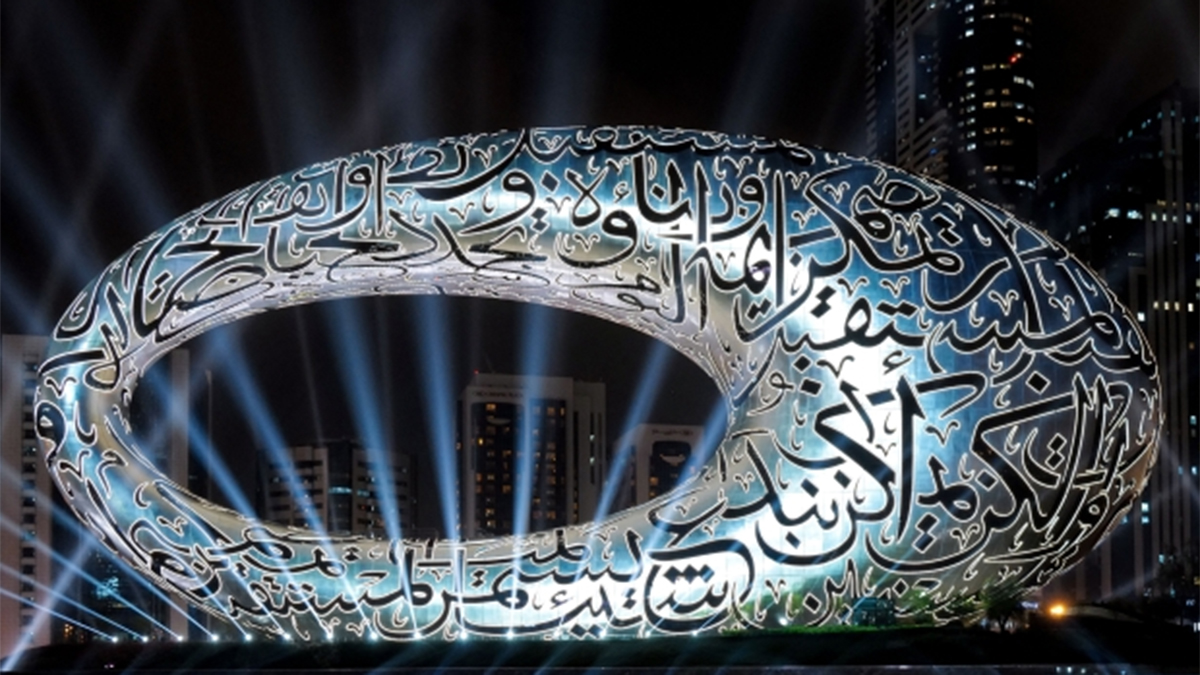 The Museum of the Future hosted Professor Craig Clark, Report Editor and Global Head of Future Cities and New Industries at HSBC Group, during a new session in the “Future Dialogues” series, entitled “The Future of Cities and the Role of Dubai” that addressed the reality of cities in the post-pandemic period and future directions for gatherings. Urbanization for humans in light of modern technological leaps and the role of Dubai in inspiring future cities.

Clark, who has provided strategic advice to more than 50 governments and 200 cities around the world, raised the concerns of scientists and decision-makers in the world regarding the future of cities, such as removing carbon from the atmosphere, and its impact on the nature and health of cities that keep pace with rapid changes in digital communication and services.

Clark said during the session: "The Covid-19 pandemic has led to a change in human priorities and the way people deal with cities and what they offer them, and this will push our cities towards making major transformations, such as moving away from concepts of consumption and giving utmost importance to material profit and focusing in return on other alternative concepts. Like caring for the environment and caring for the surroundings in which we live."

Clarke continued, "We are at the beginning of a new decade, a decade in which health, clean air and technological innovation will be prioritized, and cities that are able to attract people from diverse cultural backgrounds to create a harmonious and united society will take the lead. The next decade will be the use of new digital technology, but not To build robotic cities, but rather to build cities that meet the aspirations of leaders and citizens.”

Clark, who has worked for many international institutions such as the World Bank, the Brookings Institution and the Organization for Economic Cooperation and Development, spoke about Dubai's pioneering experience in the field of future cities and sustainability, saying: "Dubai has the opportunity to lead the global debate on the concept of modern cities at some point. After the Covid-19 pandemic, it is today one of the most important global cities that are witnessing rapid and profound developments that make it a unique city in the middle of a region that is witnessing in turn a wide openness.

Clark touched on the importance of building sustainable cities, especially on the environmental level, saying: "Cities that enjoy climate neutrality will be able to provide new sources of income for citizens from the lower classes, and will provide their citizens with greater options for transportation and will contribute to the production of clean air that limits the exposure of their residents to health problems, and therefore Climate-Neutral Cities are not just an idea of ​​building green communities, their real goal is to be a better place for the people who live in them.”

For his part, Saeed Al Gergawi, Director of the Dubai Future Academy, said: "The main mission of the Museum of the Future is to bring together futurists and those with inspiring and innovative ideas to develop perceptions about the future of humanity. Future living and cognitive experiences that give him an advanced position in designing future cities, future societies and the lives of individuals in them, and generating new concepts for the city of Dubai that make it ahead of other developed global cities for at least 10 years.”

Saeed Al Gergawi added: “It shows the extent of the Museum of the Future’s interest in the future of cities, starting with its exterior design, which is a model for sustainability in future creative constructions, all the way to what it contains of future laboratories for health and education innovations, smart cities, energy and transportation, and exhibitions containing prototypes and future products in the areas of management Waste, environment, food security, agriculture and irrigation, city planning and the use of the latest virtual and augmented reality technologies, big data analysis, artificial intelligence and human machine interaction, which are key concepts related to the future of humans, cities, human societies and life on the planet.”

Professor Craig Clark's session comes within the framework of the "Future Dialogues" series, launched by the Museum of the Future on February 24, directly in the Museum Hall, and is available free of charge to all, subject to prior registration via the website https://talks.museumofthefuture.ae/

The sessions aim to research the future industry and enhance the ability of research institutions to anticipate the future, as well as celebrate the genius and scientists and institutionalize, design and manufacture the future, reflecting the role of the museum, which represents a global intellectual center that brings together international partners and specialized research institutions to study current and future challenges in depth and boldness to provide new and innovative solutions.