(Under the guidance of Xi Jinping Thought on Socialism with Chinese Characteristics for a New Era - a new chapter in a new era, General Secretary Xi Jinping's concerns) Soy news on the black soil   Xinhua News Agency, Harbin, March 17th. Title : Soybeans on the Black Land   Improving soybean self-sufficiency is related to food security. Soybean expansion is an important part of this year's No. 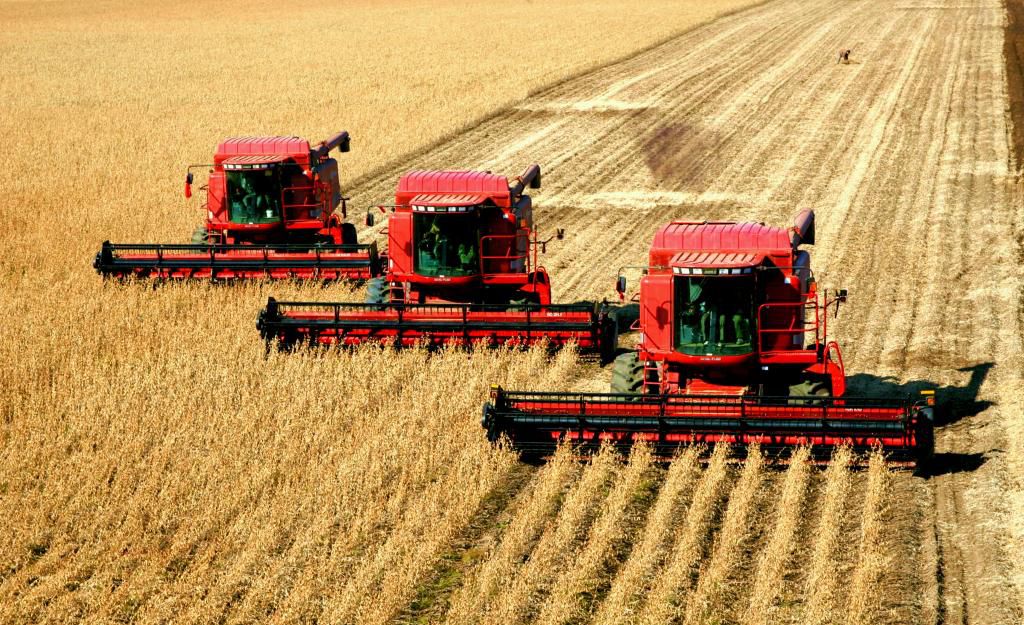 (Under the guidance of Xi Jinping Thought on Socialism with Chinese Characteristics for a New Era - a new chapter in a new era, General Secretary Xi Jinping's concerns)

Soy news on the black soil

Title : Soybeans on the Black Land

Soybean expansion is an important part of this year's No. 1 document.

Before the Central Rural Work Conference last year, General Secretary Xi Jinping presided over a meeting of the Standing Committee of the Political Bureau of the Central Committee to study the work of "agriculture, rural areas and farmers".

What are the effective measures to increase soybean production capacity?

How active are farmers in planting?

When preparing for spring ploughing, a reporter from Xinhua News Agency went to Heilongjiang Province, the main soybean producing area in China, to conduct field research.

"Judging from the purchase of soybean seeds by major grain growers around us, the area of ​​soybeans here will increase this year, and farmers' enthusiasm for planting soybeans will increase." Yuan Zhiquan said.

The Department of Agriculture and Rural Affairs of Heilongjiang Province announced in early February that the differentiated subsidy policy for corn and soybeans will continue to be implemented this year. In principle, the subsidy for soybean producers is higher than the subsidy for corn producers by about 200 yuan per mu.

The early announcement of this policy is conducive to mobilizing the enthusiasm of farmers to plant soybeans.

Heilongjiang Province is the largest production and supply base of high-quality soybeans in my country. The annual soybean planting area accounts for more than 40% of the country's total, and the commodity rate reaches more than 80%.

As the main soybean producing area, Suihua City, Heilongjiang Province has been actively optimizing the planting structure. Recently, a spring soybean planting Q&A meeting was held to answer questions for farmers around national policies and field management, and to publicize and guide farmers to expand the soybean planting area.

Hailun City, under the jurisdiction of Suihua City, is known as the "Hometown of High-quality Soybeans in China", with a soybean planting area of ​​2.33 million mu in 2021.

Last year, the modern agricultural pilot agricultural machinery service cooperative in Haibei Town, Hailun City, entrusted 20,000 mu of land, all of which were grown with corn.

"This year we rotate crops and plant all soybeans," said Du Zhentao, chairman of the cooperative.

Du Zhentao calculated an account: last year, the average yield of soybeans per mu was 360 jin. Calculated at 3 yuan per jin, the income was 1,080 yuan, the cost of land transfer was 600 yuan, and the cost of seeds, fertilizers, labor, and machine farming was nearly 300 yuan, and the income per mu was about 180 yuan. yuan, plus the soybean producer subsidy of 248 yuan per mu, the net benefit is about 428 yuan.

"This income is very good. If the income can be stable, everyone is still willing to plant soybeans." Du Zhentao said.

This year's Central No. 1 document proposed to "vigorously implement the soybean and oilseed productivity improvement project" and "promote the pilot program of replacing water with drought and rice with soybeans in some groundwater overexploitation areas and well-irrigated rice areas in cold regions" in Heilongjiang Province.

"This land is low-lying and the yield of rice is not good. After the autumn harvest, I will change the paddy fields to dry fields and plan to plant soybeans this year." Yin Tiezhu said.

Yao Hongwei, director of the Agriculture and Rural Affairs Bureau of Hailun City, said that this year, the city has established a soybean special class to organize and promote the soybean production tasks to townships, villages and plots. mu.

The reporter learned from the Department of Agriculture and Rural Affairs of Heilongjiang Province that this year, Heilongjiang Province will vigorously implement the soybean production capacity improvement project. The soybean planting area in the province will reach 68.5 million mu, an increase of more than 10 million mu compared with 2021; An annual increase of more than 2.6 billion kilograms.

Industry experts believe that the soybean production capacity enhancement project must adhere to the two-wheel drive of expanding area and bill of lading.

How to increase unit yield?

Good seeds are the key.

At the Hailun Agricultural Ecological Experiment Station of the Northeast Institute of Geography and Agroecology, Chinese Academy of Sciences, researcher Li Yanhua is selecting soybean varieties.

"Soybean breeding sometimes takes more effort than taking care of children, especially the process of selecting varieties, which must be handled purely by hand." Li Yanhua said that it generally takes about ten years for a soybean variety to be cultivated and finally approved.

Every year from March to September, Li Yanhua is the busiest time. She does not stop for a moment in selecting bean seeds, artificial pollination, and identification experiments.

In order to shorten the breeding time and cultivate high-quality soybean varieties as soon as possible, in winter, she will bring soybean seeds to Hainan for breeding.

Li Yanhua is measuring soybean protein, moisture and other data.

The "Dongsheng" series of soybean varieties cultivated by Li Yanhua have become the main varieties of Heilongjiang's third and fourth accumulated temperate zones. They have the characteristics of high oil, high protein and lodging resistance, which to a certain extent solves the problem of relatively single soybean varieties in high latitude areas in my country.

On the afternoon of March 6, General Secretary Xi Jinping visited the members of the agricultural sector, social welfare and social security sectors who participated in the fifth session of the 13th National Committee of the Chinese People's Political Consultative Conference and attended the joint group meeting. He emphasized that the safety of seed sources is related to national security and must be determined. Promote my country's seed industry, realize the self-reliance and self-improvement of seed industry science and technology, and the independent control of seed sources.

Outside the workshop, there is an endless stream of farmers who come early to consult and purchase.

Song Fudong, a villager in Sihe Village, Xinglong Town, Wudalianchi City, who came to buy seeds, said: "Last year, the income was good. This year, the area has been expanded, and I plan to buy more seeds."

"At present, more than 15,000 tons of soybean seeds have been sold, and less than 10,000 tons were sold at the end of the sales season last year." Zhang Zhiting, general manager of Heilongjiang Shengfeng Seed Industry Co., Ltd., said that the company has resumed work and production on the first day after the Spring Festival holiday. Produce and reserve high-quality soybean seeds to meet farmers' needs.

In the past two years, the special team has bred 23 new soybean varieties with high yield, high quality and disease resistance, and the approved varieties are suitable for covering the main soybean producing areas.

At present, the main soybean producing areas in Heilongjiang are accelerating the implementation of the soybean planting expansion plan, but the grassroots reported in the interview that there are still some problems that affect the willingness to plant soybeans.

Compared with planting corn, soybeans have weaker ability to resist natural disasters. Some farmers reported that if soybeans encounter continuous dry weather during the flowering period, soybean production may be greatly reduced. In contrast, corn is more resistant to disasters and has less business risks.

In addition, soybean prices are still unstable, and the market risk of falling prices is worrying.

The second is relatively low efficiency.

The agricultural grass-roots cadres in Hailun City said that the further north the accumulated temperature is, the lower the corn yield will be. With the increase of soybean prices last year and the addition of subsidies, the benefits of soybeans in Hailun City are close to those of corn, and the benefit gap is narrowing.

However, in areas with high corn yields, the benefits of planting soybeans are still low.

Third, the coverage of crop rotation pilots is limited.

Cultivated land rotation is conducive to soybean expansion, but the pilot area of ​​the rotation subsidy is small, and there are few farmers who can enjoy the subsidy, and they face the problem of "more monks and less porridge".

Heilongjiang has an area of ​​more than 200 million mu of arable land. Last year, the pilot area of ​​arable land rotation subsidies was only 12.474 million mu, with a subsidy of 150 yuan per mu.

Li Fuqiang, chairman of the Bei'an Revolutionary Modern Agricultural Machinery Cooperative in Heilongjiang Province, and others suggested that the pilot area of ​​arable land rotation should be increased, the enthusiasm for planting soybeans will be boosted, the combination of land use and land cultivation will be realized, and the quality and comprehensive benefits of agricultural development will be improved.

"If we can enjoy the crop rotation subsidy policy, 70% of our cooperative's 200,000 mu of land can grow soybeans," Li Fuqiang said.

Some grain growers also said that although Heilongjiang announced that the soybean subsidy is about 200 yuan higher than the corn subsidy, the specific subsidy standard has not yet been released, and they hope to be introduced as soon as possible. If the benefits of soybean and corn are the same, "We are more willing to plant soybeans." .