New world record for the art market, according to Artprice 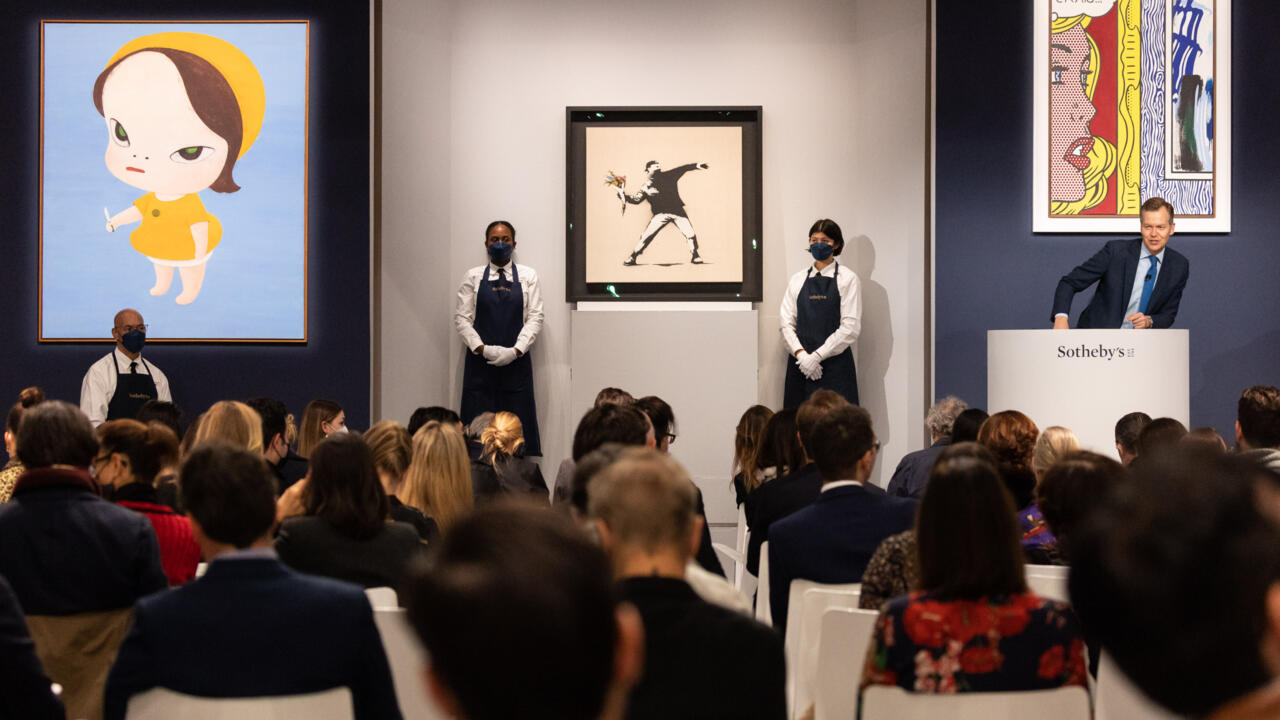 For two years, "the health crisis has dramatically accelerated the dematerialization of the art market. 87% of the 6,300 auction houses monitored by Artprice now have all the back-office to do online auctions", says to AFP Thierry Ehrmann, at the head of this company, world leader in information on the art market.

With a total of 5.95 billion dollars in sales, China (mainland, Taiwan and Hong Kong) represents 35% of the world art market overall, just ahead of the United States which totals 5.79 billion dollars, i.e. 34% of the market, according to Mr. Ehrmann.

With a total of 1.99 billion dollars, the United Kingdom, on the other hand, recorded a 10% drop in sales compared to 2019. The first effects of Brexit were reflected in the postponement of London sales in Paris, according to this expert.

With 91,699 works sold, France is in second place after the United States, even if it remains in fourth place in terms of total cumulative sales, exceeding for the first time the billion dollars.

The German market retains its fifth place in the world and has attracted Sotheby's to Cologne.

Among the auction houses, Sotheby's and Christie's concentrate 49% of the market with respectively 4.4 and 4 billion dollars.

The very low unsold rate reached 31% for the first time in its history, which "shows that a draconian sorting has taken place with ruthless auction houses in their sales choices and the virtual impossibility of 'dealing with counterfeiters,' according to Ehrmann.

He explains it by "improving the traceability" of the works and the "quality of the technologies used in terms of expertise".

Among the market trends, young artists are breaking precocity records (aged 18 to 30, they sell million dollar works) particularly on the NFT market - these digital certificates of authenticity for online content - which continues to revolutionizing global art with $232.4 million in sales.

Among them: Beeple, Avery Singer or Fewocious.

A visitor looks at NFT works by American artist Beeple at an exhibition titled: 'Virtual Niche: Have You Ever Seen Memes in a Mirror?'

Gerhard Richter and Banksy are the world's most successful living artists at auction.