In the spotlight: the results of the legislative and primaries in Colombia

In the spotlight: the results of the legislative and primaries in Colombia Senator Gustavo Petro, on March 13, 2022 in Bogota, won the nomination of the left camp, the Historic Pact, with an overwhelming score, strengthening his position as the favorite in the ballot. REUTERS - LUISA GONZALEZ Text by: Christophe Paget Follow 5 mins Advertising Read more It is the left-wing opponent Gustavo P 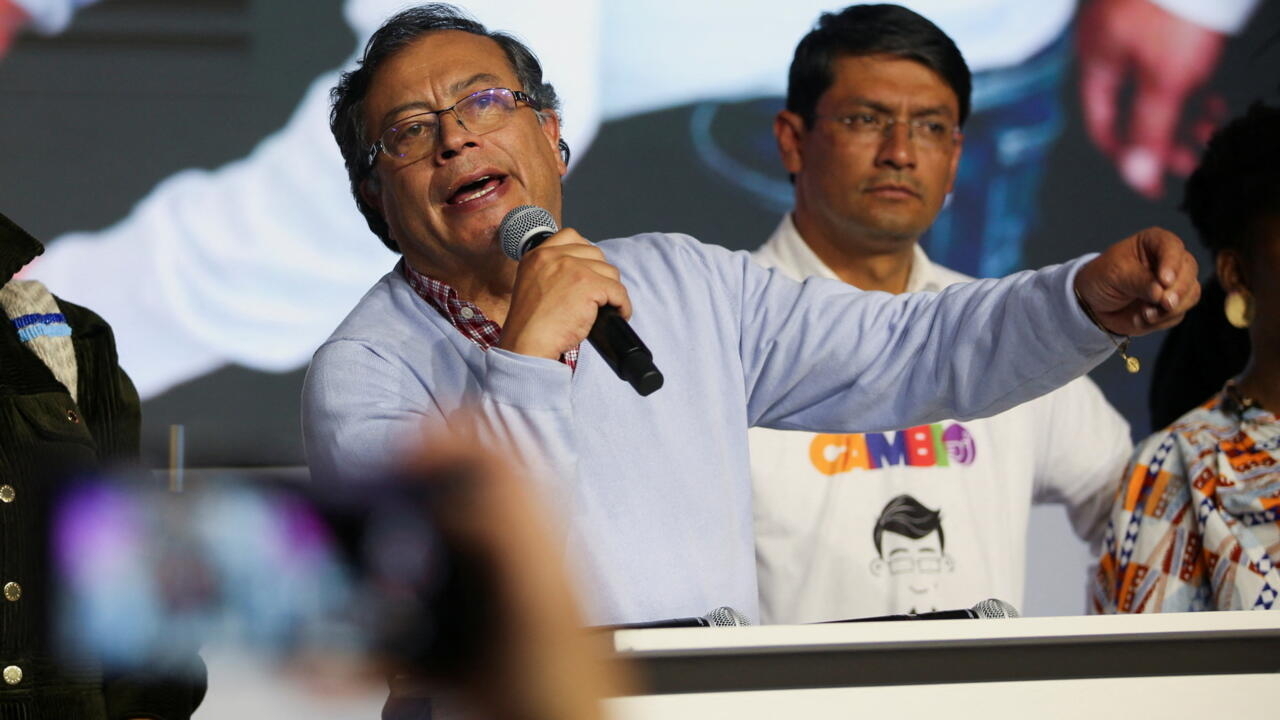 In the spotlight: the results of the legislative and primaries in Colombia

Senator Gustavo Petro, on March 13, 2022 in Bogota, won the nomination of the left camp, the Historic Pact, with an overwhelming score, strengthening his position as the favorite in the ballot.

It is the left-wing opponent Gustavo Petro who emerged as the big winner in this Sunday's legislative elections against the ruling right: his coalition of the Historic Pact won 17 seats in the Senate, 25 in the Lower House.

On the same day, he triumphantly won his camp's presidential nomination.

of Gustavo Petro, with nearly four and a half million votes won in his camp’s presidential primary.

Of all the candidates who will run for president, Gustavo Petro is the one that ordinary people recognize as their leader.

He comes from below, and defended the causes of the poor

And the newspaper adds: "

what also favors it is that people are fed up with the way the country is traditionally run, an era that is closing in on the frivolous and peace-destroying regime of Ivan Duque

takes up the words of Gustavo Petro: "

Colombia does not want a Duque 2 to appear, but change, transformation

Gustavo Petro is therefore the man of the day.

notes the excellent score of Francia Marquez during this same primary on the left, a "

significant success not only because she is a woman of African descent, but also an activist for climate issues and human rights. the woman

Gustavo Petro won his party's presidential nomination with the most votes.

, it is the right-wing candidate Federico Gutierrez who won the best victory of the three primaries organized this Sunday (left, right and center-right).

Explanation of the newspaper: "

while Petro was a presidential candidate twelve years ago, without forgetting that he was mayor of Bogotá

And the newspaper believes that the candidate "

could recover a lot of support from conservative sectors for the first and second rounds.

of the presidential election.

This is also one of the titles of

Petro, Gutierrez and Fajardo on the hunt for support for the first round

was  the big loser on Sunday's election day, with a much lower turnout than expected.

So the campaign starts now

The big question, the newspaper

, is what the two coalitions of the right and the centre-right will do: "

To arrive in the presidential seat, they could choose to fight each other - with two difficult objectives: to eliminate the other so that one of the two arrives in the second round, and at the same time attack Petro;

with the risk that, by concentrating on the first task, they leave the field open to Petro

To listen also: Presidential in Colombia: the favorite left despite the a priori

In Haiti, "total emergency" at the State University of Haiti

examines the state of the hospital of the State University of Haiti, on strike since February 21, 2022. Today "

there is no one left in the emergency room

for the doctors have discharged the sick who were there.

But for other patients, getting around is impossible.

They remain in the premises of the hospital, without assistance, except that of a few Christian missionaries who sometimes pass by to take care of them

So why this strike?

Staff salary demands, but above all protest against the difficulties they encounter on a daily basis, with a hospital “

The picture painted by Aybopost is frightening: “

a new building is being built to house the hospital.

Twelve years later, hospital patients are still not being treated with dignity

Note that Thursday the Nouvelliste indicated that the Haitian Medical Association invited all doctors in the country to go on strike from this Monday to protest against insecurity.

The consequences of the investigation into the death of Jovenel Moïse

also echoes a letter sent to the Haitian authorities by Judge Merlan Belabre, the new investigating judge in charge of investigating the assassination of President Jovenel Moïse.

In a letter dated this Saturday, he “

finds that the executive power, the superior council of the judicial power delivered him with his family to the assassins and kidnappers

The magistrate, joined by the newspaper, explains that the file was entrusted to him but that no provision was made to ensure his safety and that of his family.

the Haitian state is responsible for what may well happen to him, his family or his collaborators

To read also: Assassination of Haitian President Jovenel Moïse: indictment in the United States of a second suspect

In the United States, death of actor William Hurt

" in the United States, recalls the

The Kiss of the Spider Woman

, adapted from the book by Argentinian Manuel Puig.

spans five decades with more than a hundred roles

, it was the theater that interested him the most, "

a language that I speak better than English

", he said in an interview with

is an art as fascinating to study as any science…