Dozens of radicals have gathered at the municipal fronton of Berango (Vizcaya) to pay homage to ETA member Ibai Aginaga who left Basauri prison this morning.... 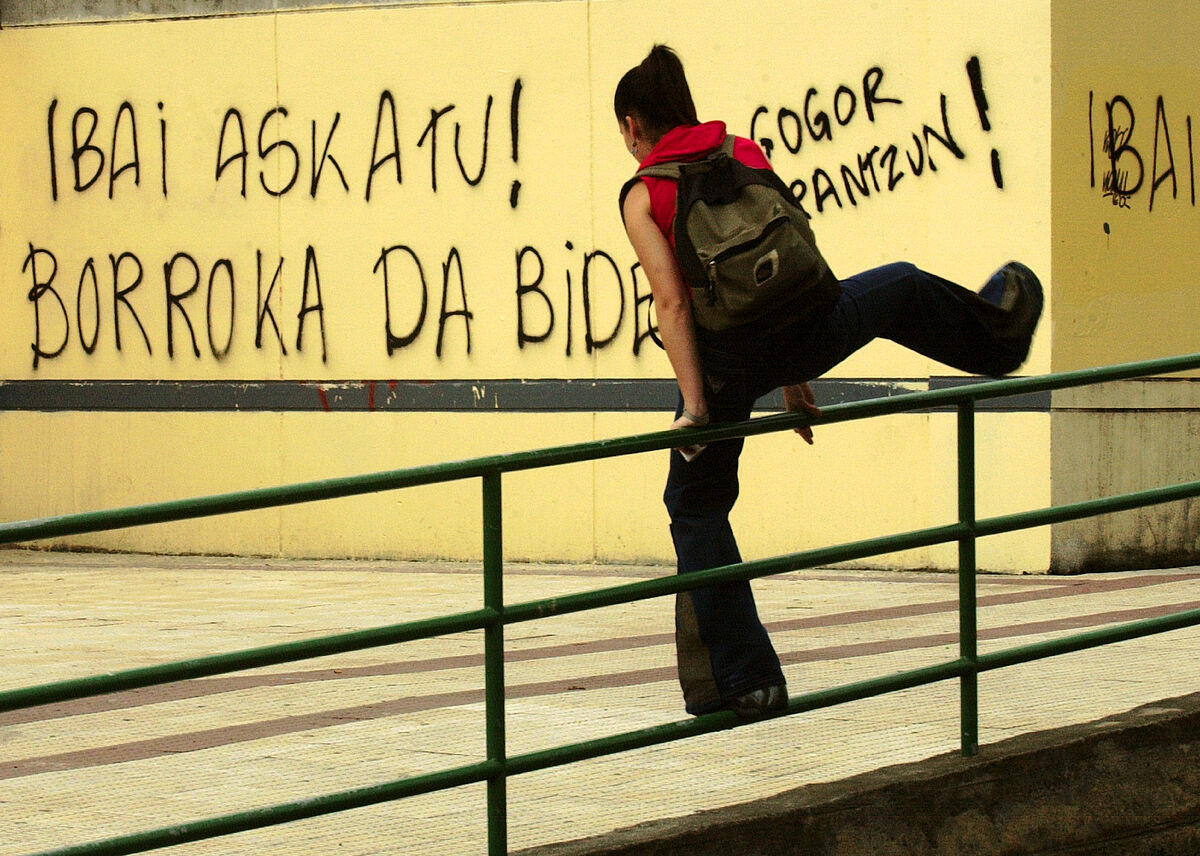 have gathered at the

who left Basauri prison this morning.

with rockets upon his arrival

at the outdoor parking lot of the

fronton and with applause and cheers as he entered

a shielded facility by the organizers of the media, who have been prevented from entering and

threatened not to take pictures

of the ETA member.

Aginaga was arrested in Pamplona in 2003,

sentenced to 21 years in prison

and today he has left the Basauri prison to participate in an 'ongi etorri' organized by a sector of the Abertzale Left.

The ETA member has arrived in his hometown after 12:30 in the morning and

twenty supporters were waiting for him outside

the municipal fronton and several dozen inside.

After getting out of his vehicle accompanied by a woman, rockets have been launched and he has accessed the interior of a public premises of this Biscayan city council governed by the PNV.

Several Aginaga supporters have addressed the photojournalists with the threat that they not take pictures while the professionals were recorded by one of the individuals participating in the act in favor of ETA.

being received in public tributes

when they leave prison.

facilitates the ETA members' requests for a change of grade

to speed up their release while they are serving long sentences for murders.

The independence party has distanced itself from this act although there has been no public statement by its leaders.

was also honored in Pamplona on December 24, 2021 by relatives and followers.