Åkesson wants to help Ukrainian refugees: "We are the local area"

The Sweden Democrats have made a turnaround in the NATO issue and SD leader Jimmie Åkesson does not rule out a quick yes to membership if the situation requires it. Referring to the fact that Ukraine is Sweden's "immediate area", the party also wants to help and provide temporary protection to Ukrainian refugees. 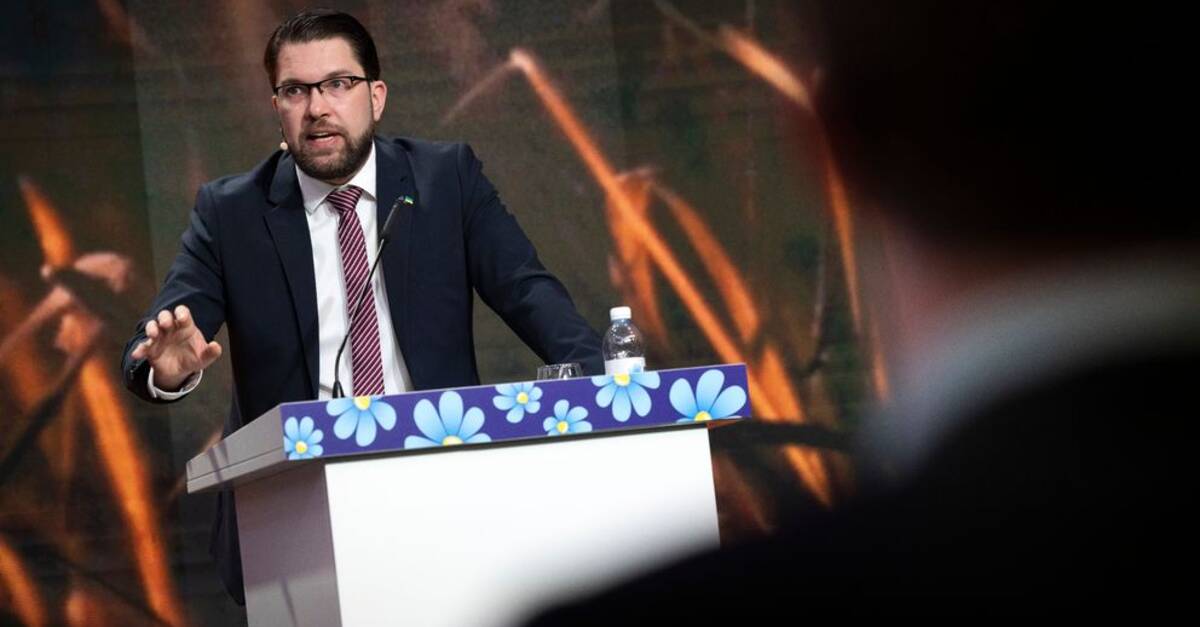 During the weekend, the Sweden Democrats' election conference will take place.

The war in Ukraine, the prevailing security situation in Europe and the millions who are now fleeing were the focus of Jimmie Åkesson's party leadership.

He also harshly criticized the other parliamentary parties, especially the Social Democrats, for both the "fuel crisis" and the "unsustainable refugee crisis".

In the current situation, the SD leader wants to support all Ukrainian internally displaced persons and increase aid to the countries bordering Ukraine, which together have so far received over two million refugees.

But on Saturday, the party clubbed an amendment to the migration policy where it writes, among other things, that the Sweden Democrats want to "stop asylum immigration from countries that do not constitute our immediate area" and "prioritize quota refugees from the immediate area", with special reference to Ukraine.

- I want to emphasize that this is about temporary protection in the immediate area in an emergency situation, and nothing else, says Åkesson.

Jimmie Åkesson also announces that they want to immediately control the reception of quota refugees so that Sweden only accepts people from Ukraine.

- We have always advocated refugee aid in the immediate area of ​​crises.

This time we are the local area.

Does not quickly exclude NATO-yes

The Sweden Democrats, who have traditionally been opposed to Swedish NATO membership, turned the issue last week.

Like the Moderates, they also want to go hand in hand with Finland.

The day before the election conference, SD's executive committee proposed that the party should change its line on NATO and open for accession, which was voted through on Saturday afternoon.

The military freedom of alliance has served Sweden well, Åkesson emphasized in his speech.

At the same time, he stated that we are in a completely new security policy situation.

He wants to appoint an expert investigation as soon as possible, which can form the basis for a quick decision.

According to the SD leader, this is not about a sudden yes but that "the door must be kept open".

- And I want to be particularly clear about one thing: a quick decision where the Sweden Democrats support a membership in NATO can not be ruled out.