The missile, launched during routine maintenance, caused no casualties, according to the Indian Ministry of Defence. 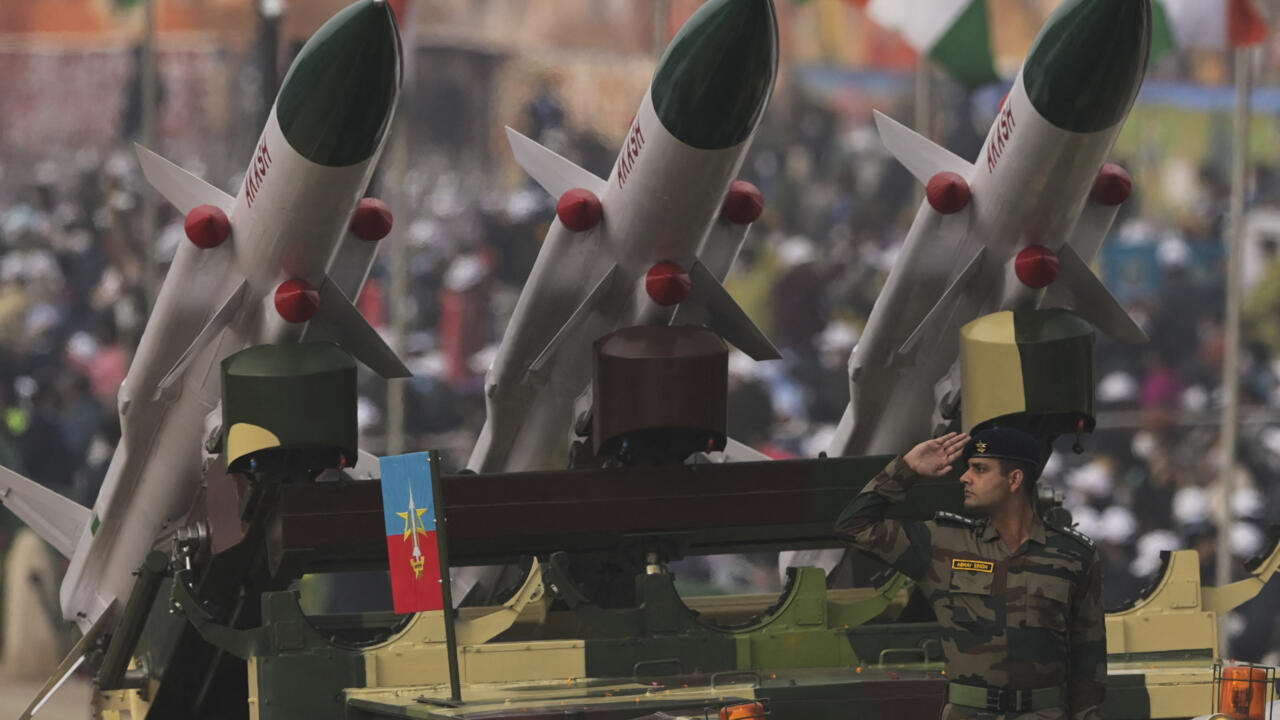 An Indian soldier alongside an Akash surface-to-air missile system during a military parade in New Delhi on January 26, 2022. AFP - MONEY SHARMA

The missile, launched during routine maintenance, caused no casualties, according to the Indian Ministry of Defence.

The Indian army accidentally sent a missile to Pakistan, which caused no loss of life, the Indian Ministry of Defense announced on Friday, calling the act “

As part of routine maintenance, a technical malfunction led to the accidental firing of a missile

” on Wednesday and it landed in “

an area of ​​Pakistan

”, explains the ministry in a press release.

The Indian Ministry of Defense did not specify what type of missile it was, but says a high-level investigation has been opened.

by a 'supersonic flying object' from Indian origin

The Pakistani ministry added that it had summoned India's charge d'affaires in Islamabad, who was told "

" damaged buildings on the ground and endangered civilian lives as well as planes in Pakistan's airspace, again according to the Pakistani Foreign Ministry, which accuses its Indian neighbor of being "

insensitive towards regional peace and stability

India, a predominantly Hindu country, and Pakistan, a Muslim country, have fought three wars since the end of British colonization in 1947, including two over the question of the administration of the disputed territory of Kashmir.

► To read also: Kashmir, torn between India and Pakistan

The two countries maintain a strong military presence on both sides of their common border and flare-ups of tension have gone so far as to give rise to fears of nuclear confrontation.

In air skirmishes over Kashmir the following day, at least one Indian plane was shot down and its pilot captured by Pakistan, but Pakistani Prime Minister Imran Khan had it released in a "

New Delhi has more than 500,000 troops stationed in Indian-administered Kashmir, where rebel groups have been fighting for decades for the region's independence or its merger with Pakistan.

New Delhi continues to accuse Islamabad of supporting the insurgents, which it has always denied.