In the spotlight: in Guatemala, the president rejects the law toughening the repression of abortion 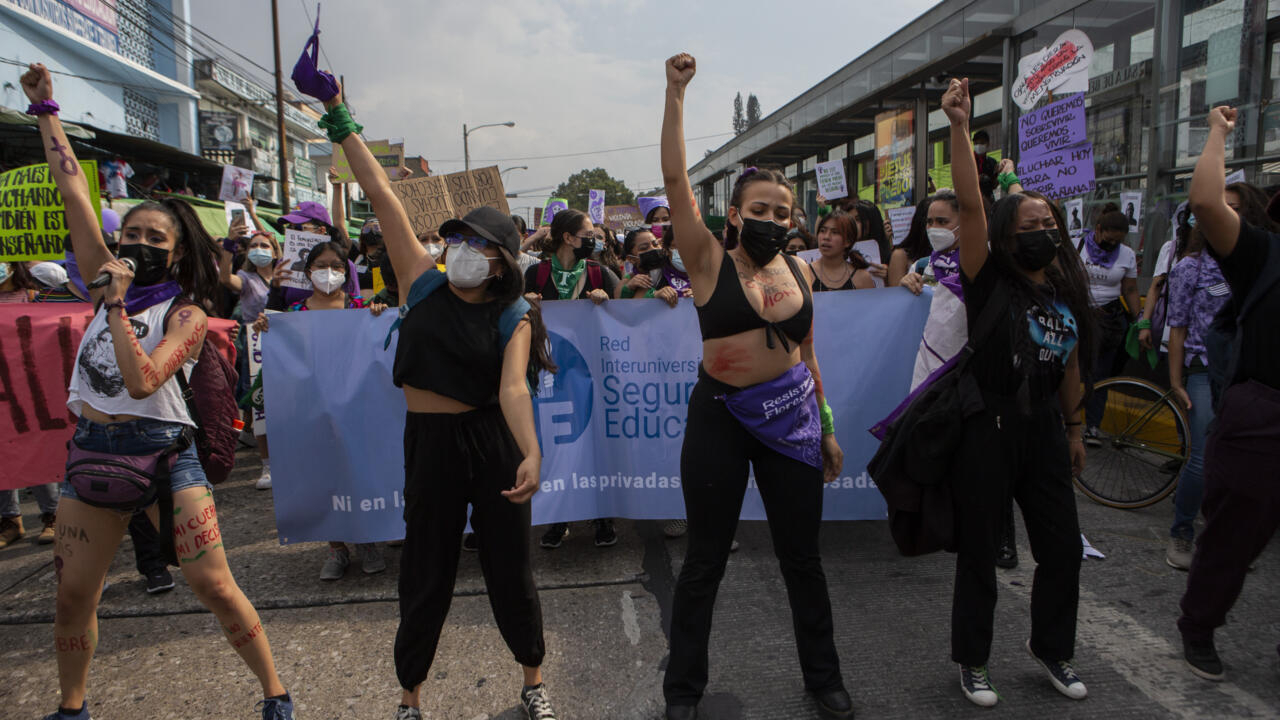 In the spotlight: in Guatemala, the president rejects the law toughening the repression of abortion

Yesterday, the demonstrations had continued in front of the Parliament, reports

, against the law voted this Tuesday.

a" serious threat "against women, girls and LGBTQI +

the director of Amnesty International for the Americas.

” law, the newspaper believes in its

Just yesterday, President Alejandro Giamattei insisted on the fact that “

there is no right to abortion

But a few hours later, he affirmed on television, in a recorded message, that he had asked that the famous law be "

", explaining that the executive "

could not agree with it

international conventions to which Guatemala is a signatory

The president of the Congress, reports

, indicated that the law would be studied again, to verify if it is indeed unconstitutional.

In Mexico, the government calls members of the European Parliament "

So why is the Mexican government calling MEPs “

“, seven since the beginning of the year.

And it is this resolution that has angered the Mexican government, which in a press release accuses European parliamentarians of "

A press release reproduced in full in

, which chose this excerpt for its title: "

Remember that we are no one's colony

is also interested in this allusion to the conflict in Ukraine: “

We are not sending arms to any country, unlike you who are doing it at the moment

Fury therefore of the Mexican government.

, before being voted on, the text of the European Parliament was more severe.

Critics who have therefore disappeared, but obviously that was not enough, concludes the newspaper.

In Argentina, the Parliament votes the agreement concluded with the IMF

to authorize the executive power to refinance the debt of 44.5

billion dollars contracted in 2018 with the International Monetary Fund

" while President Mauricio Macri was in power.

The text was approved "

by a large majority

On a low heat

, with the photo of a saucepan.

A red pan, perhaps because, as

specifies , the left and the libertarians spoke out against the agreement.

The vote was made possible, notes

The reason, according to

: to ingratiate itself with the opposition, the government drafted "

a brief and impoverished text

In short, for the newspaper, this vote is "

a lesser evil before a possible rejection of the project

The text must now pass before the Senate, recalls

beyond the agreement with the International Monetary Fund on the foreign debt, we must reach a consensus to put in place common growth policies for the country

Demonstrations outside the Panamanian embassy in Havana

More than a hundred Cubans, some of them desperate and in tears, were still stationed this Thursday in front of the Panama consulate to find a solution that would allow them to travel to the Latin American country

, which notes the presence of a cordon of police for "

a type of demonstration that is unusual on the island

Since November, Nicaragua has become the main destination for those who want to emigrate, since it does not require visas from Cubans

Cubans who go there through Panama, which now requires transit visas for Cubans.

had the effect of a bucket of cold water

” for those who wanted to leave, explains 14 y medio, hence this demonstration.