Hostilities escalated on the fronts of Marib, Hajjah, Al-Jawf and Saada, with the Yemeni legitimate forces bombing sites of the Houthi terrorist militia and raids by coalition fighters against legitimate sites and targets of the terrorist Houthi militia in those provinces. Field sources in Marib confirmed the death and injury of a number of 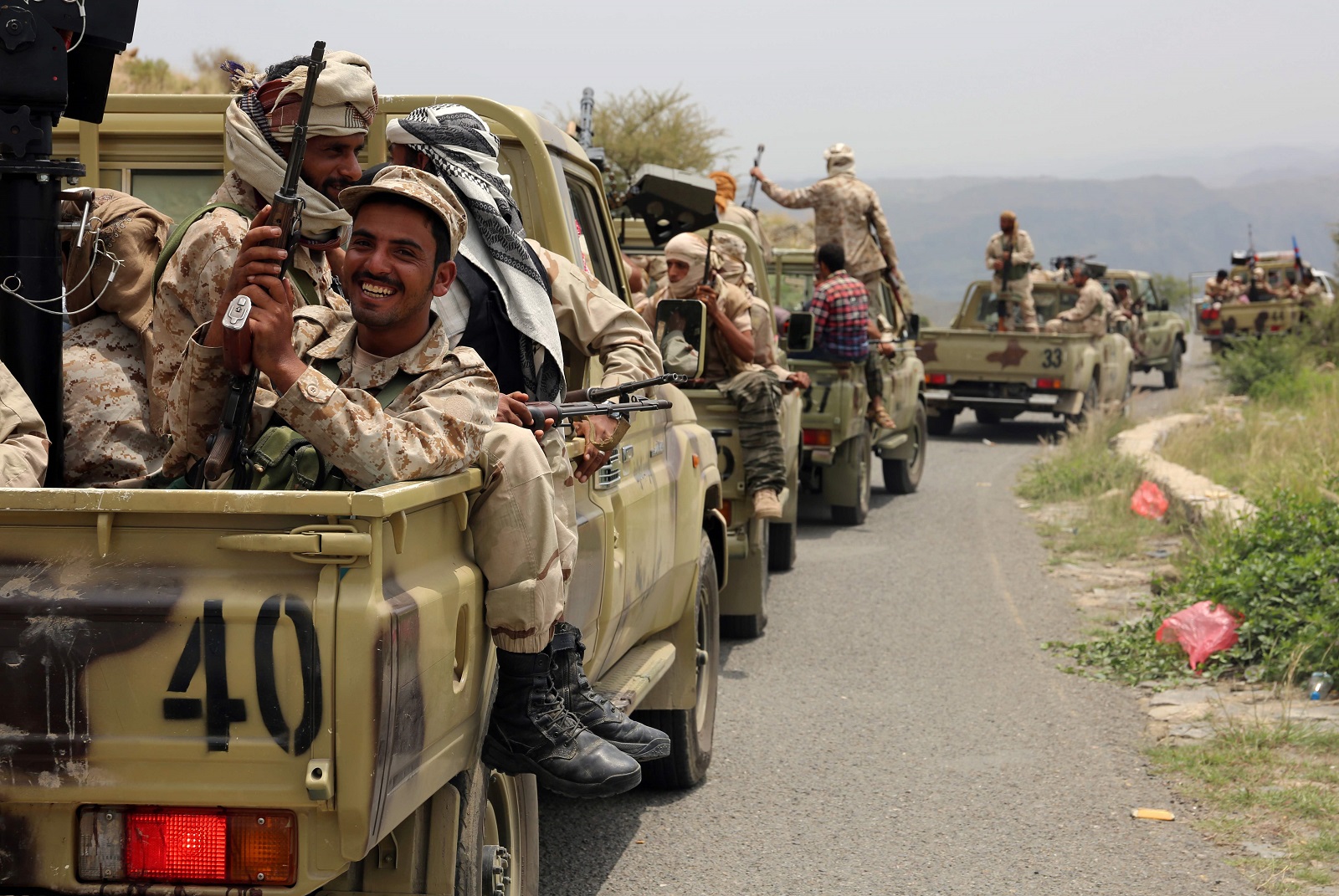 Hostilities escalated on the fronts of Marib, Hajjah, Al-Jawf and Saada, with the Yemeni legitimate forces bombing sites of the Houthi terrorist militia and raids by coalition fighters against legitimate sites and targets of the terrorist Houthi militia in those provinces.

Field sources in Marib confirmed the killing and wounding of a number of Houthis and the destruction of Houthi combat mechanisms, in artillery shelling of the army and tribes, targeting Houthi reinforcements that approached the Al-Faliha area in the Ramli axis, south of the governorate.

The army’s artillery also targeted Houthi sites in the Al-Kasara front in the Serwah district, west of the governorate, incurring great losses, while the coalition fighters launched a series of support raids that destroyed Houthi combat mechanisms, including armored vehicles, in the districts of “Al-Juba, Madghal and Sirwah.”

The sources pointed out that the raids came after monitoring the movements of Houthi reinforcements that reached those districts with the aim of encircling Marib and launching a massive attack on the center of the governorate.

In Al-Jadaan, the army forces carried out a tight ambush for Houthi groups, which led to the killing of many of them, the Houthi leader Abu Amjad Al-Sufyani, and the injury of others.

The coalition fighters also launched focused and precise raids on the Al-Labanat camp, east of the city of Al-Hazm, the capital of Al-Jawf, targeting Houthi gatherings and a weapons store in the camp. They targeted a Houthi gathering in the Al-Ajasher front, north of the province, and Houthi reinforcements in the Al-Dhahra area in the Khub Washa’af district, the largest district of Al-Jawf.

The fronts of the northern axis of Al-Jawf witnessed violent battles between the two sides, which led to the killing of 17 Houthis, according to field sources, confirming the destruction of three vehicles in the battle that took place in the Al-Yatama area, north of the governorate.

On the other hand, local sources in Al-Jawf confirmed that the militias transferred ballistic missiles and drones from Sana’a International Airport, the city of Al-Hazm in Al-Jawf, with the aim of using them towards the Saudi border and the city of Marib.

In Hajjah, the Yemeni forces exchanged intense artillery shelling with the Houthi militia on the fronts east of Haradh, and around the Bani Hassan area in the Abs district, which led to deaths and injuries on both sides.

Military sources in the Fifth Region reported that the militias incurred heavy losses during the past few hours, as a result of the intense coalition fighter raids that targeted Houthi gatherings and their combat mechanisms in the vicinity of the Bani Hassan area in the Abs district, and in the Haradh district, in addition to the artillery and missile shelling of the army forces.

On the other hand, well-informed sources in Sana'a revealed extensive changes made by the militias among their elements to lead the fronts, noting that the task was assigned to the Houthi leader, Abu Ali Al-Hakim, to choose new leaders for the fronts in which its elements suffered defeats.

In addition, the Arab Coalition to Support Legitimacy in Yemen announced the implementation of 16 targeting operations against the Houthi militias in Hajjah and Ma’rib during the past 24 hours, which led to the destruction of 9 Houthi combat mechanisms, and human losses among the militias.

On Wednesday evening, the coalition announced the failure of an offensive operation carried out by the terrorist Houthi militia, through which it tried to target Saudi territory.

The coalition said in a statement published by the Saudi Press Agency "SPA", that the Saudi defenses destroyed a drone launched by the Houthi militia, towards the city of Jizan, in the south of the Kingdom, noting that the march was launched from Hodeidah, and the fragments of the march were scattered during its destruction on civilian objects without damage.

In Saada, the legitimate forces launched intensive attacks on Houthi sites in the Munabbih border district with Saudi Arabia, focused on the areas of Raqo and Al Sheikh, where Houthi elements and their African mercenaries and al-Qaeda members are stationed.

Field sources confirmed the killing of a foreign mercenary at the Al-Raqq training site, and the injury of five others, three of whom were of African nationalities, noting that three Houthis were killed in an attack by the forces on the Al-Sheikh area in the same district.

For its part, coalition warplanes launched raids on Houthi sites in Shada district, killing and wounding many Houthis.

In Sana'a, the Houthi militia intensified the deployment of its members in the city's streets, against the backdrop of calls to demonstrate tomorrow, Friday, for the city's residents against its elements, after the deterioration of the living and economic situation to the point of starvation.