Realism in foreign policy means that tactics and strategy change as facts on the ground change. The best way to deter Russian President Vladimir Putin's invasion of Ukraine is not much appropriate now that the invasion has taken place. Says US politician Rand Paul, a Kent state senator 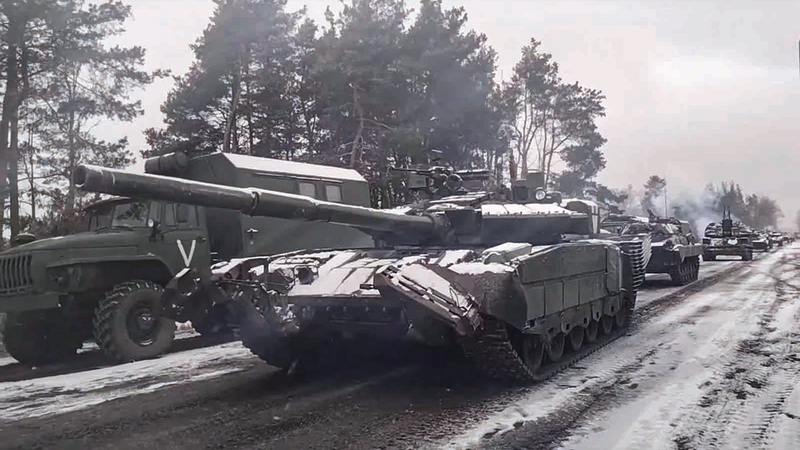 American politician Rand Paul: Diplomacy is impossible during the invasion

Realism in foreign policy means that tactics and strategy change as facts on the ground change.

The best way to deter Russian President Vladimir Putin's invasion of Ukraine is less relevant now that the invasion has taken place.

US politician Rand Paul, a senator from Kentucky, says that before Putin's invasion, sanctions and threats of embargo were tools to deter his ambition.

Many sanctions were imposed, including the Nord Stream 2 pipeline from Russia to Germany.

Before an invasion occurred, many diplomats saw the sanctions or provocation of the embargo as tantamount to killing a hostage without making any demands.

It can be said that the German threat to stop the Nordstream 2 pipeline was muted, and Putin thought the Germans were evasive.

The Germans had to respond that their threat was expressly endorsed in writing in an agreement with the United States to refuse to allow Russia to use energy as a weapon.

But in fact, the Germans weren't as clear as they should have been, at least publicly, to make it clear that they were serious about canceling Nordstream 2.

In a report published by the American magazine "National Interest", Paul says that with Gerhard Schroeder, a former German chancellor, taking leadership positions in the Nordstream 2 pipeline company and the Russian state energy company Rosneft, the message that was sent to Russia was that he The German government's threats to Nordstream 2 may not be serious.

All of that is now water under the bridge, says Paul.

We live in a new world, in which Putin has outlined and invaded another sovereign country.

History will not remember this aggression as an act of genius, but as folly.

Time will reveal that Putin miscalculated not only in miscalculating the will of the Ukrainian resistance, but also in estimating the combined European and American wills to stand against him.

Paul emphasized that the imposition of sanctions prior to the invasion was not very meaningful, because there was no identifiable action by Russia that would end the sanctions.

The same logic applies to dozens of sanctions against China, Iran, and North Korea.

Without specific demands, these sanctions stack up as harassment, but historically they have not brought about the required behavioral changes.

Although pre-invasion sanctions did not deter Putin, the question is: Will stronger sanctions, or even a complete refusal to buy Russian petrochemicals, change Russia's behavior now?

The answer is unknown, but at this point the argument that sanctions might lead to a provocation that leads to an invasion is moot.

Most importantly, the imposition of sanctions now can be linked to a specific demand, which is Russia's withdrawal from Ukraine.

Paul believes that diplomacy requires give and take, but in fact diplomacy is considered impossible during an invasion.

Before the invasion, allowing Ukraine to join NATO was very provocative, but it has been mooted for nearly 12 years without any progress.

The situation was more to upset Russia than a reality.

However, if preventing Ukraine's accession to NATO had been Putin's main goal, it would have been easy for him to continue negotiating.

Ukraine's accession to NATO is still a bad idea and could lead to world war, but it should not be pretended that working to remove Ukraine from NATO is Putin's main goal.

His main goal is quite clear: to re-establish a Russian empire.

"A war sometimes ends with an unconditional surrender," Paul says.

I doubt that this is the case for Ukraine, because it is clear that Putin did not expect the level of resistance from the Ukrainians.

And if the Russians kill the Ukrainian president, I expect the result will be a protracted war, or a rebellion.

Putin did not think that the people of Ukraine, which is occupied, might decide to sabotage the Russian pipeline that crosses their territory.

Putin did not anticipate the impact of unified harsh sanctions from all of Europe and the United States.

Putin did not think about what it would be like to occupy a furiously angry country.”

Paul stressed that he does not expect Ukraine to give up any part of its territory, and that it will continue to fight against the soldiers occupying its lands, without an end in sight.

However, Paul believes that there is a tempting card that Ukraine can offer, if it wants Russia's complete withdrawal from its territory, and that is to remain a neutral country, with foot in the East and one in the West, despite the dissatisfaction of the hawks in Congress with such an outcome.

In fact, Ukraine's neutrality would not mean giving up anything, and would enable Ukraine to watch Russia and Europe compete for its own good.

At the conclusion of his report, Paul expressed his fears that such an agreement would not be reached, unless Ukraine succeeded in making the price of occupation unacceptable to Russia.

Paul fears that there is a long and violent road ahead for Ukraine.

• The German threat to stop a pipeline with "Nordstream 2" was faint, and Putin believed that the Germans were evading.

The Germans had to respond that their threat was expressly approved in writing in an agreement with America not to enable Russia to use energy as a weapon.

• Before the invasion, allowing Ukraine to join NATO was a very provocative matter, but it has been proposed for nearly 12 years without any progress.

The situation was more to upset Russia than a reality.