Semi-finalist of the Europa League in 2017 with Lyon, coach Bruno Genesio brings his European experience to a Rennes team determined to play the game "thoroughly" against the English of Leic... 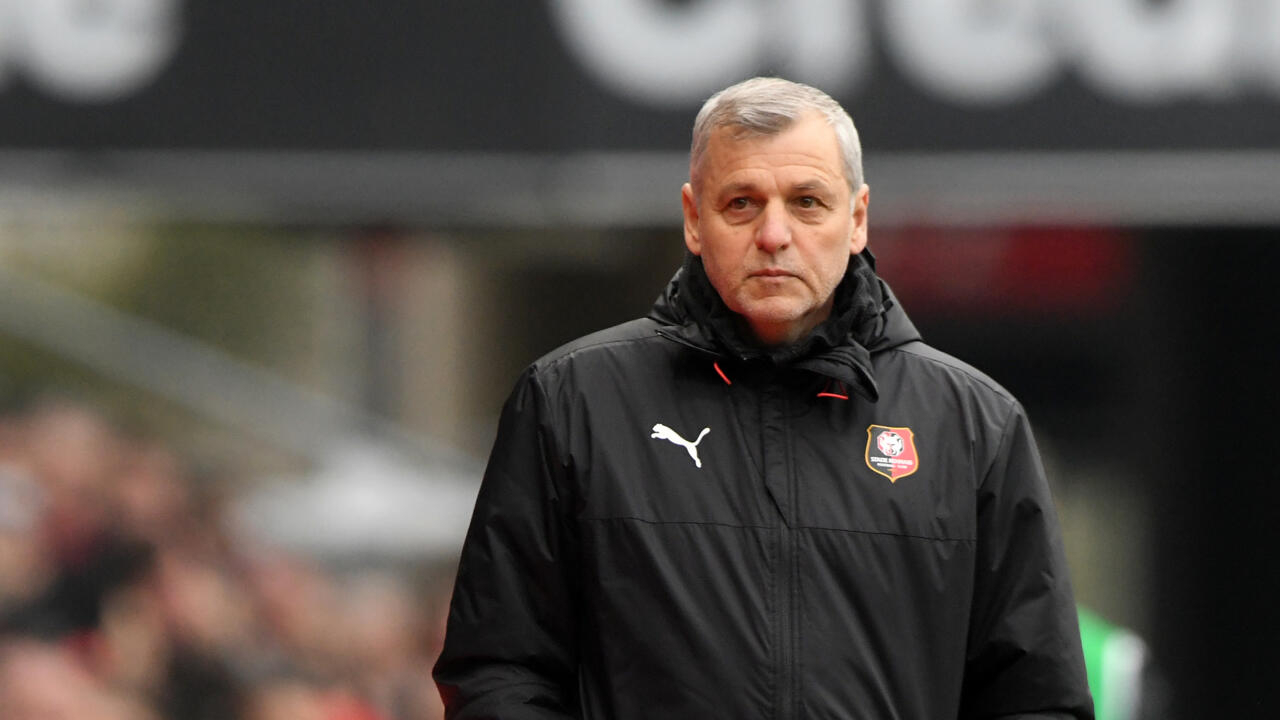 Bruno Genesio is an ambitious man who does not shout it from the rooftops.

Qualified for the first edition of the Europa League Conference in May 2021, with the 6th final place in Ligue 1, the former technician of Lyon and Beijing Guoan (China), who arrived in Rennes at the beginning of 2021, succeeded in an autumn campaign almost perfect in this new continental event, the "third" European Cup.

Coming out at the top of their pool, Genesio and the Breton club are dreaming big.

The owner of the club, the Pinault family, cherishes the hope, one day, of a European coronation.

The current workforce has set itself the objective of reaching, at least, the last four.

For that, it will already be necessary to eliminate the English of Leicester, returned to the competition, after having finished third in their group in the Europa League then beat the Danes of Randers in "play-offs", of the 16th in disguise (4-1, 3- 1).

"We find a competition where we have done a lot of good things. We can't wait to get into this double confrontation to assess ourselves... also because we are ambitious in this competition, even if we know that it will be difficult “, explains Bruno Genesio.

"We have to play our game and our chances thoroughly," continues the coach, who has brought serenity to the approach of major meetings at the red and black club.

With its continental experience, Genesio is a real plus for Rennes, a club which has become accustomed, since the fall of 2018, to traveling to the four corners of Europe, with a habit of traveling across the Channel (Arsenal, Chelsea, Tottenham).

With 14 Champions League matches on the clock, including three victories - the most significant remaining that of OL against Manchester City (2-1, September 18, 2018) -, and also 18 Europa League matches, punctuated by a semi-final in the spring of 2017 lost against Ajax Amsterdam (1-4, 3-1), the Rennes coach also has an eye for scoring shots.

The marriage with Rennes has already worked in this "C4".

Before the trip to Leicester on Thursday, the Bretons are undefeated with six wins (including two in the play-offs and one on the green carpet against Tottenham) and two draws.

If his speech is tinged with humility, returning the status of favorite to Leicester, the Rennes technician wants to see further at the head of a club which is no longer anonymous on the European scene.

Indeed, for four years, the Pinault family club has endorsed the costume of a convinced European.

To continue to grow and not harbor regrets, as with Lyon, the Rennes coach will be able to motivate his troops.

"My biggest regret in Lyon is perhaps not having won the Europa League in 2017. I think we could win it", advanced Genesio in So Foot last December.

It's up to him to do better with Rennes.