Vox demands Mañueco the Vice Presidency of the Board, three ministries and preside over the Cortes

PP and Vox continue at this time of night without an agreement, a little less than 15 hours before the constitution of the Cortes, this Thursday at 12:00, since the candidate of the formation... 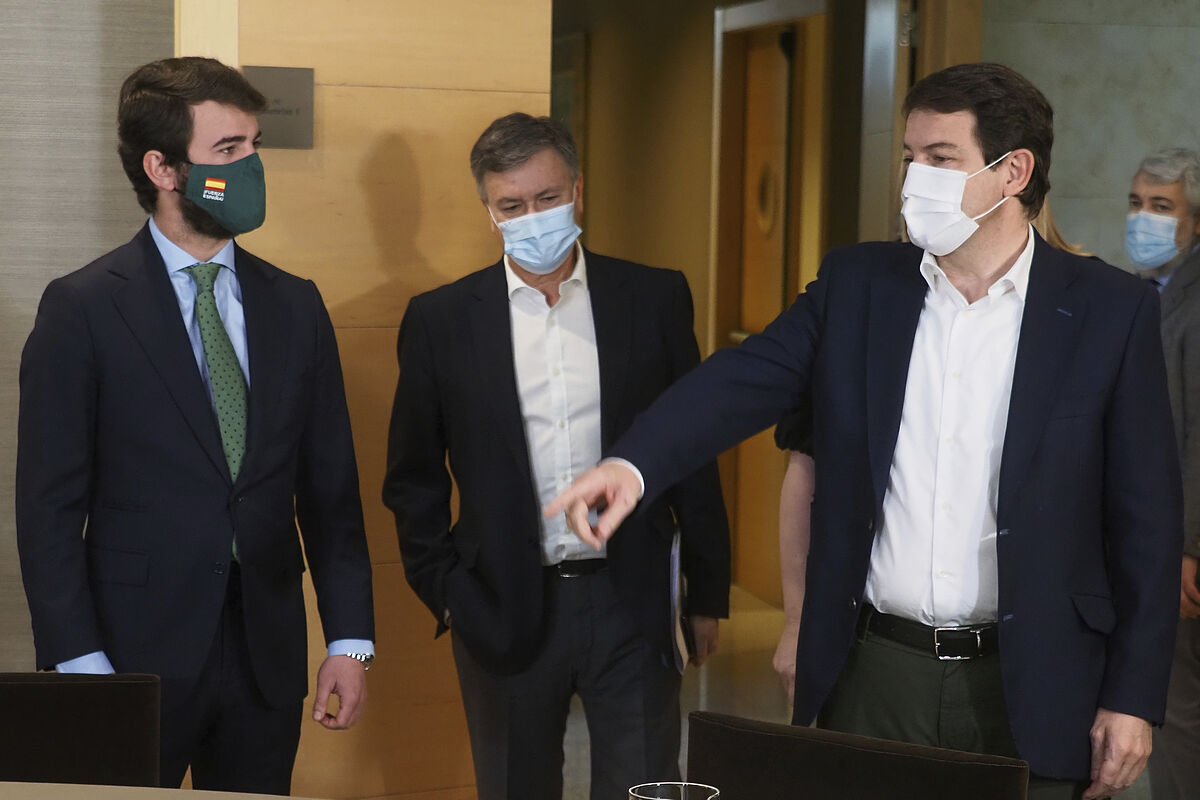 PP and Vox continue at this time of night without an agreement, a little less than 15 hours before the constitution of the

, this Thursday at 12:00, since the candidate of the Abascal formation for the Presidency of the Board and attorney Elected by

, Juan García-Gallardo, has reported that the

"are determined to deny" the same treatment that he gave his previous partner, Ciudadanos.

Through his Twitter account, García-Gallardo has written that the PP "is determined to deny Vox voters the same treatment that he gave his previous partner" and has published the proposal of this formation "for a basic agreement to the Legislature" and where it is stated that the Presidency of the Board and six of nine ministries will fall to the PP while the vice-presidency of the regional government, the Presidency of the Cortes, the third secretariat and three ministries would be assumed by those of Abascal.

In that same message, García-Gallardo has written: "There is still time to rectify and accept this proposal or, otherwise, explain to their voters why this Government has not wanted CyL."

In Vox's proposal for a base agreement, seven points are included that will be the axis of the coalition government and which are: Monitor and defend the equality of all citizens of Castilla y León;

promote solidarity between all the territories of Spain and strengthen the role of the provinces and municipalities;

vindicate the common history as an integrating element for reconciliation;

and the defense of the countryside, industry, commerce and territory before the European Union.

The impulse to all the productive capacities and of the available resources in the Community is also collected;

the commitment to the rural world and its development opportunities and the guarantee of quality public services compatible with the reduction of regional taxes.

Elections Castilla y León 2022 Casado appeals to the last voters to tie up the majority: "Either the PP or chaos"