Indian Wells: the undefeated Nadal, the world No.1 Medvedev and the shadow of Ukraine

Australian Open winner Rafael Nadal, undefeated in 2022, will seek a fourth title in Indian Wells, where his main rival, Daniil Medvedev, will defend his No.1 mo... 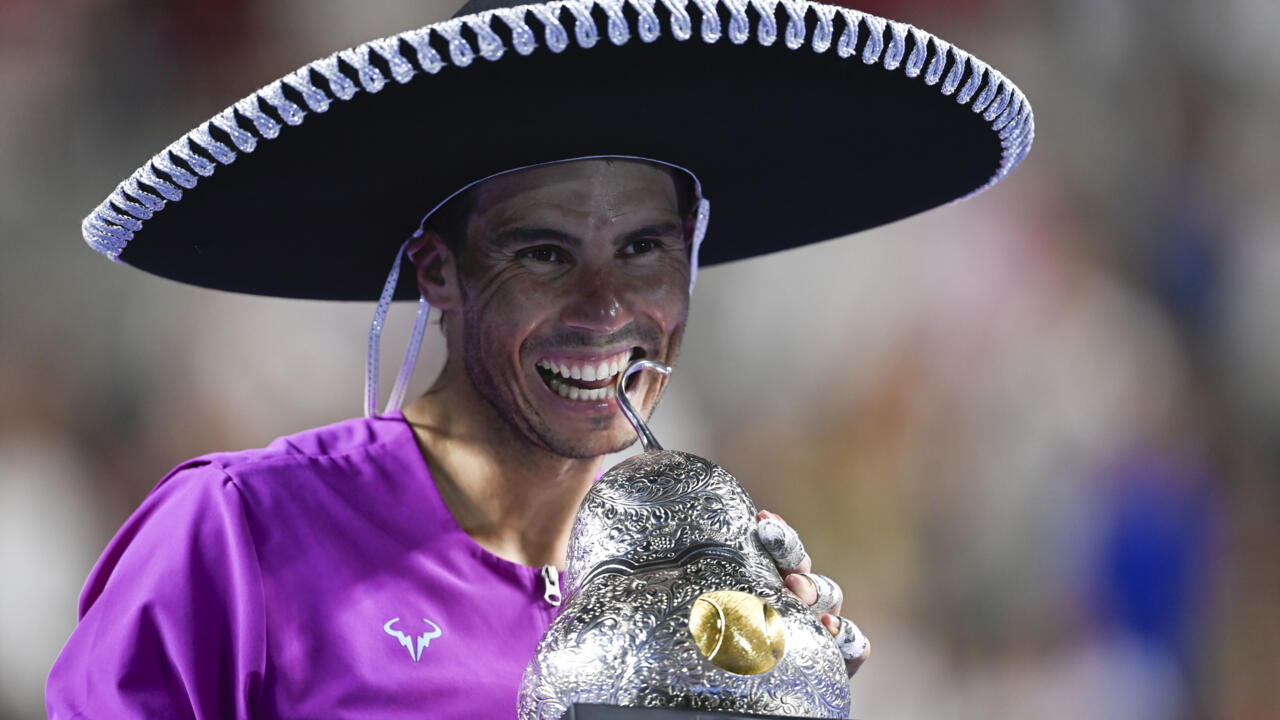 Back in its March slot, after a cancellation in 2020 and a postponement to October in 2021, the Californian Masters / WTA 1000 will also resume, from Wednesday, with a plateau worthy of its "fifth Major" status.

Because apart from Novak Djokovic, prevented because not vaccinated, Roger Federer and Serena Williams, still convalescent, as well as the world N.1 Ashleigh Barty, pleading an insufficient recovery after his triumph in Melbourne, all the leaders will be present.

Fatigue, Rafael Nadal, he does not know.

At 35, he is making the best start to the season of his career, with a series of 15 wins and 3 titles gleaned.

Rafael Nadal and Daniil Medvedev at the end of their semi-final at the Acapulco tournament on February 25, 2022 PEDRO PARDO AFP/Archives

First at the ATP 250 tournament in Melbourne, then at the Australian Open after an epic 5:30 final against Medvedev, to become the most successful in Grand Slams (21) ahead of Djokovic and Roger Federer, finally in Acapulco , dismissing the Russian again, in the semi-finals.

This return to the top is all the more striking as the Spaniard, who has risen to 4th place in the world, had ceased all competition for more than four months at the end of last year, to treat an injury to his left foot.

If he wins in Indian Wells, to succeed Briton Cameron Norrie whom he has just beaten in the final in Acapulco, Nadal will become the oldest winner of the event ahead of Federer, crowned at 35 years 7 months and 11 days in 2017.

The Mallorcan, who will then be two months older, would win his 37th Masters 1000, equaling Djokovic's record.

His rivals will not fail: Alexander Zverev (N.3), authorized to play and scrutinized after having received a two-month suspended suspension, for his bloodshed in Acapulco where he had hit the chair several times referee with his racket;

The Russian will try to open his victory counter for 2022, in the heart of a first quarter where he dethroned Djokovic in the world rankings.

A consecration, at 26, accompanied by mixed feelings, since he narrowly failed to win a second Major in Australia, after his victory at the US Open last year.

In Indian Wells, where he has never passed the round of 16, he will have the task all the more difficult as his mind is certainly turned towards the war in Ukraine, which Russia has been trying to invade since February 24.

"From a personal or emotional point of view, he could be affected, but I don't think it will have an impact on his level of play", anticipated on Instagram Patrick Mouratoglou, coach of Serena Williams.

Like his 13 compatriots and the six Belarusians, men and women alike, involved in the tournament from the qualifications, Medvedev will play without mention of his country or representation of his flag.

If he recently appealed for peace, Andrey Rublev and Anastasia Pavlyuchenkova, finalist of Roland-Garros 2021, have them more directly expressed their opposition to the war initiated by Russia.

Belarusian Victoria Azarenka, winner at Indian Wells in 2012 and 2016, said she was "devastated by the violence in Ukraine".

Six Ukrainian players will be in the running, including Elina Svitolina, who threatened to boycott her match against Russian Anastasia Potapova in Monterrey last week, and Dayana Yastremska, beaten Sunday in the final of the Lyon tournament.

Elina Svitolina in the colors of Ukraine at the Monterrey tournament on March 3, 2022 Julio Cesar AGUILAR AFP / Archives

These two players who donated their winnings to the Ukrainian army and a humanitarian association, will be animated by an extra soul in a women's table where, if we trust the WTA ranking, the favorites will be the Czech Barbora Krejcikova (N.2), the Belarusian Aryna Sabalenka (N.3), the Polish Iga Swiatek (N.4) or the Spaniard Paula Badosa (N.7), defending champion.

Unless the Japanese Naomi Osaka, plagued by recurring mental anxiety and descended to 80th place, goes up the slope.