Under pressure, McDonald's and other large American groups withdraw from Russia

Pointed out for not having cut ties with Russia yet, McDonald's and a few other American multinationals have finally bowed to public pressure and suspended their operations in the country, due to the Russian military invasion of Ukraine . 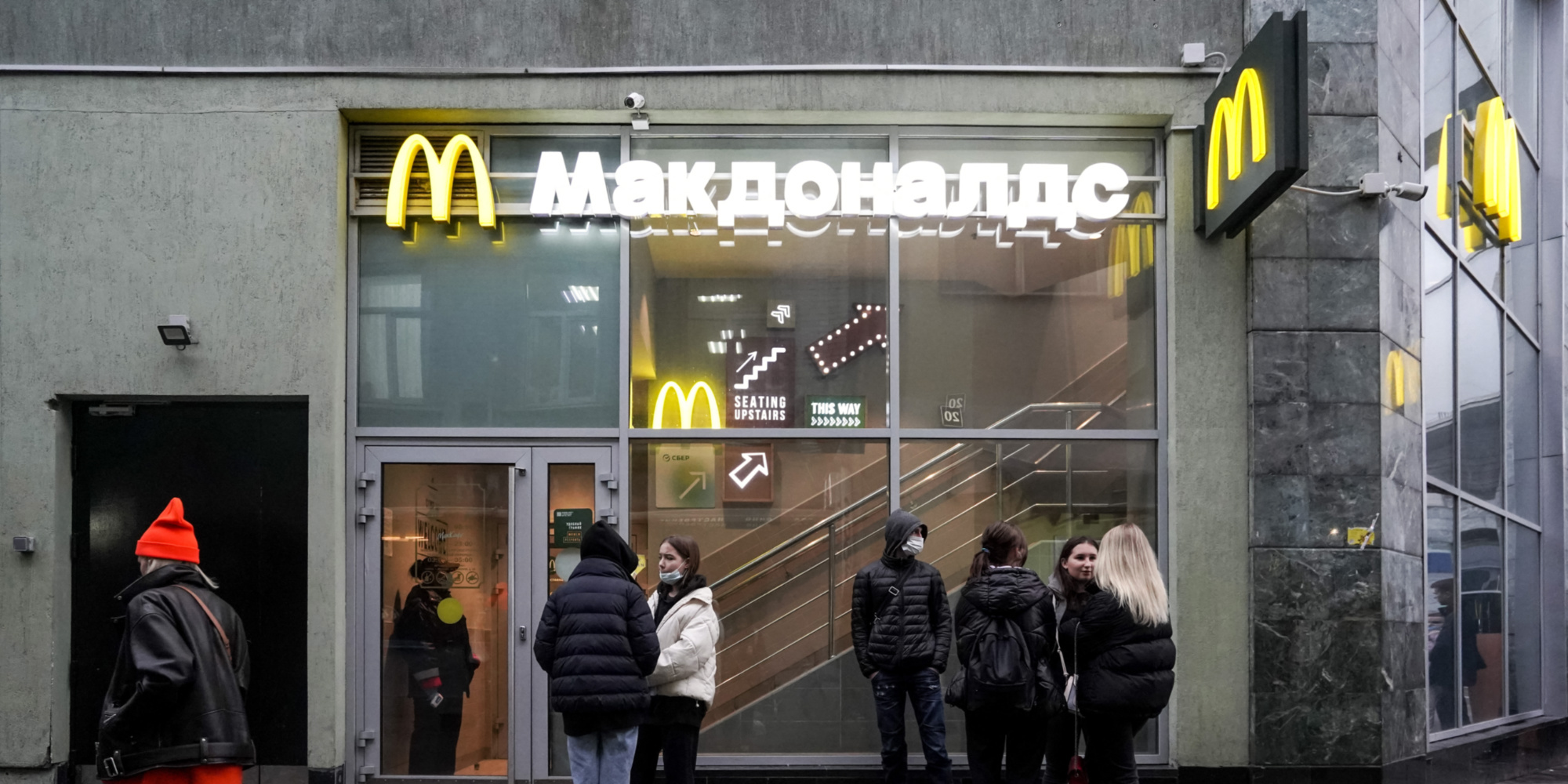 Pointed out for not having cut ties with Russia yet, McDonald's and a few other American multinationals finally gave in to public pressure and suspended their operations in the country, due to the Russian military invasion of Ukraine.

McDonald's and a few other American multinationals blamed for not yet cutting ties with Russia have finally bowed to public pressure and suspended operations in the country due to the Russian military invasion of Ukraine.

Like PepsiCo and Coca-Cola, the fast-food giant had been the subject of a call for a boycott on social networks for a few days, while investors began to ask questions.

The American chain announced on Tuesday its decision to temporarily close its 850 restaurants in Russia and to suspend all its operations in the country.

- Sanctions against Russia: what impact for French companies?

Russia accounts for 9% of McDonald's turnover

"The situation is extraordinarily difficult for a global brand like ours and there are many considerations to take into account," said McDonald's boss Chris Kempczinski.

The group has 62,000 employees in the country, whom it will continue to pay, and multiple suppliers.

Russia represents 9% of its turnover and 3% of its operating profit.

"At the same time, respecting our values ​​means that we cannot ignore the unnecessary human suffering that is taking place in Ukraine," added Chris Kempczinski.

In total, more than 280 major companies with a significant presence in Russia have announced their withdrawal, according to an inventory maintained by a team at Yale University.

Thirty multinationals remain on the list of companies still exposed to the country.

Its initiator, management professor Jeffrey Sonnenfeld, has repeatedly highlighted the role that the voluntary departure of 200 large groups from South Africa in the 1980s had in the fall of Apartheid.

The head of the New York State pension fund, who last week called on the bosses of ten companies still present in Russia to ask themselves if the risk was worth it, welcomed the latest announcements on Tuesday: four of them - McDonald's, Estée Lauder, Fortinet and Trimble - have suspended their operations there.

Six others, including PepsiCo, Mondelez and Coty, have so far remained silent.

Also pointed out, the American chains Starbucks, KFC and Pizza Hut are for their part managed entirely or almost entirely in Russia by independent owners under franchise or license.

Brands, the parent company of KFC and Pizza Hut, had nevertheless announced on Monday evening the suspension of all its investments in the country and had undertaken, like Starbucks, to donate all the profits drawn from its activities in Russia to operations. humanitarians.

- Joe Biden: "We will not help subsidize Putin's war"

Some companies may be hesitant because they think they can play a role of intermediary between the parties or because they manufacture in the country essential products such as pharmaceutical ingredients, also notes Tim Fort, professor of business ethics at the University of 'Indiana.

However, he adds, "this is probably a good time to choose a side and it does not seem very difficult to me to do so".

The decision of a single company "is not going to tip the scales, but there is an accumulation effect", says Tim Fort.

And a company as well known as McDonald's can have a real influence in Russia at a time when the population has almost no access to anything but official discourse, which minimizes the extent of the conflict.

"Russians will be able to survive without Big Macs, but they will mostly wonder why McDonald's is closing, wonder what's really going on," says the expert.

Companies must think about the message to convey

For Richard Painter, a professor at the University of Minnesota and former White House ethics lawyer, companies need to think about the message to send, namely that "Russia cannot start a war in Ukraine while participating in the global economy".

With tough economic sanctions imposed with broad consensus by Western governments, "this is the best way to deal with Russia rather than confront it militarily," he said.

For Mark Hass, a communications specialist at Arizona State University, the economic interests of companies that have so far chosen not to leave Russia "arguably still outweigh the reputational risks." .

Some groups may be betting that criticism will rain down in the short term, before falling.

But, says Mark Hass, "if social networks start to identify you as the company ready to do business with an autocratic attacker who kills thousands of people in Ukraine, then the problem takes on another dimension and can affect your activity well. beyond Russia".