Wang Yi refutes China's creation of a "debt trap" in Africa: it is not a "debt trap", but a monument of cooperation 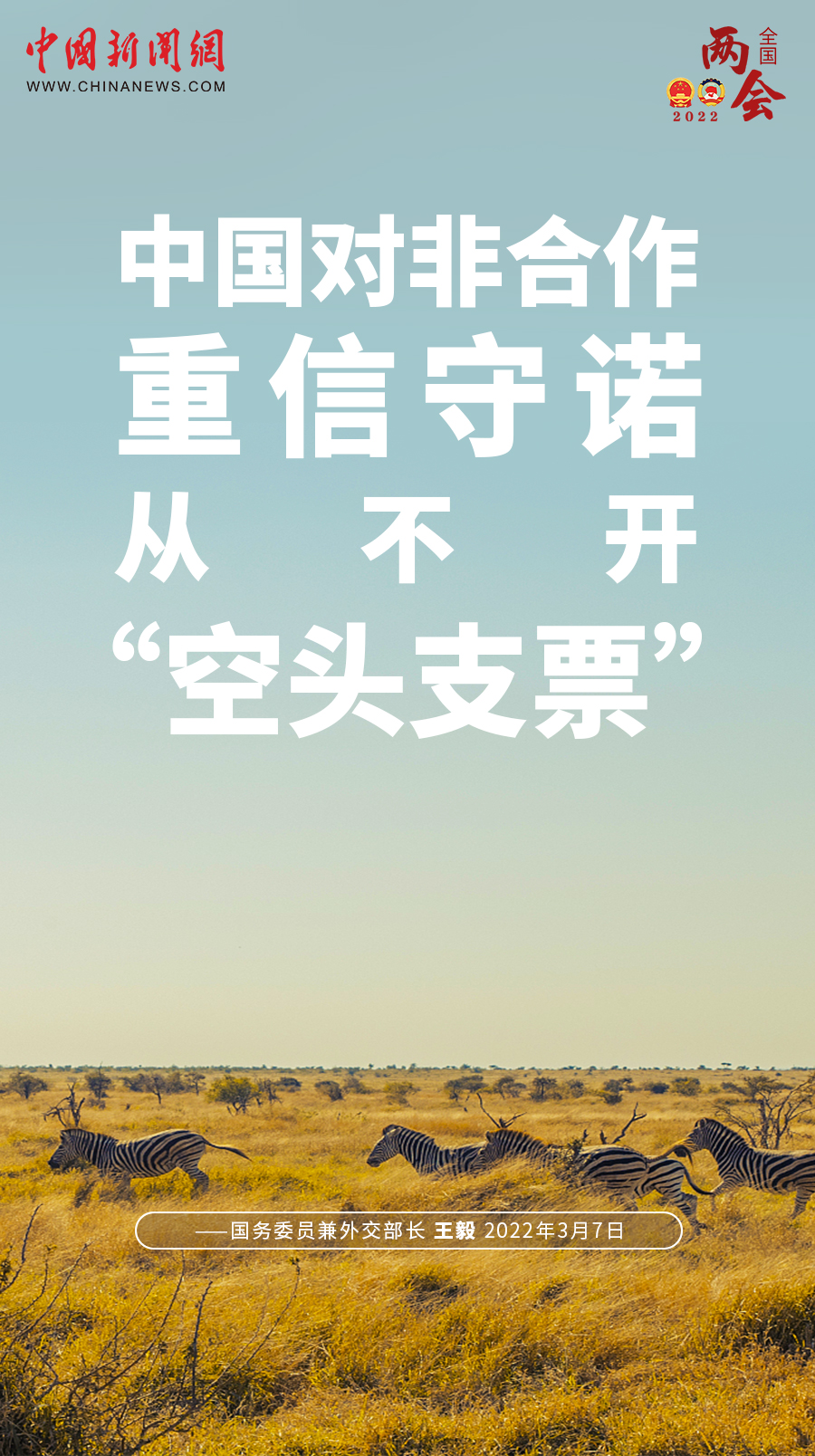 (Two Sessions Express) Wang Yi refutes China's creation of a "debt trap" in Africa: not a "debt trap", but a monument of cooperation

China News Service, Beijing, March 7 (Reporter Li Chun) Regarding the voices of some foreign media questioning China's creation of a "debt trap" in Africa, Chinese State Councilor and Foreign Minister Wang Yi was a reporter at the Fifth Session of the 13th National People's Congress on the 7th. rejected at the meeting.

These are not "debt traps", but monuments of cooperation.

Wang Yi pointed out that this year is the first year to implement the outcomes of the Forum Ministerial Meeting.

China keeps its promises in cooperation with Africa, and never makes "empty checks".

We will vigorously promote the "Sino-African Friendship and Cooperation Spirit" and work with African countries to focus on three tasks:

First, vigorously promote cooperation with Africa in the fight against the epidemic.

The second is to promote the improvement and upgrading of China-Africa pragmatic cooperation.

Accelerate the high-quality joint construction of the "Belt and Road", and realize the early harvest of the "Nine Projects".

Promote the alignment of global development initiatives with the African Union's Agenda 2063, and support Africa's economic recovery and sustainable development with practical actions.

The third is to promote the "Concept of Peaceful Development in the Horn of Africa".

China has appointed a special envoy for the Horn of Africa affairs of the Ministry of Foreign Affairs, and is willing to communicate extensively with countries in the region to play a constructive role in the peace and development of the Horn of Africa and the entire African continent.

In addition, Wang Yi also emphasized on China-Latin America relations that Latin America is a land full of hope and vitality, not someone's "backyard".

What the Latin American people need is fairness, justice and win-win cooperation, not power politics and bullying.

Wang Yi said that China and Latin America are both developing countries, and the common aspiration of independence, development and revitalization closely links the "Chinese Dream" with the "Latin American Dream".

Wang Yi said that last year, the trade volume between China and Latin America exceeded 400 billion US dollars for the first time.

We also successfully held the third ministerial meeting of the "China-CELAC Forum", and reached new broad consensus on deepening China-CELAC strategic mutual trust and practical cooperation in key areas in the next three years.

As the Latin American proverb says, "A true friend can touch your heart from the other side of the world".

China will continue to work with Latin American friends to deepen friendship, expand cooperation, and actively build a China-Latin America community with a shared future.