(Observation of the Two Sessions) The government work report emphasizes that the "land" and "plant" of food security are the key   China News Service, Beijing, March 6 (Reporter Li Hanxue) The government work report submitted to the Fifth Session of the 13th National People's Congress for deliberation on the 5th once again emphasized the protection of national food security, and pointed out that 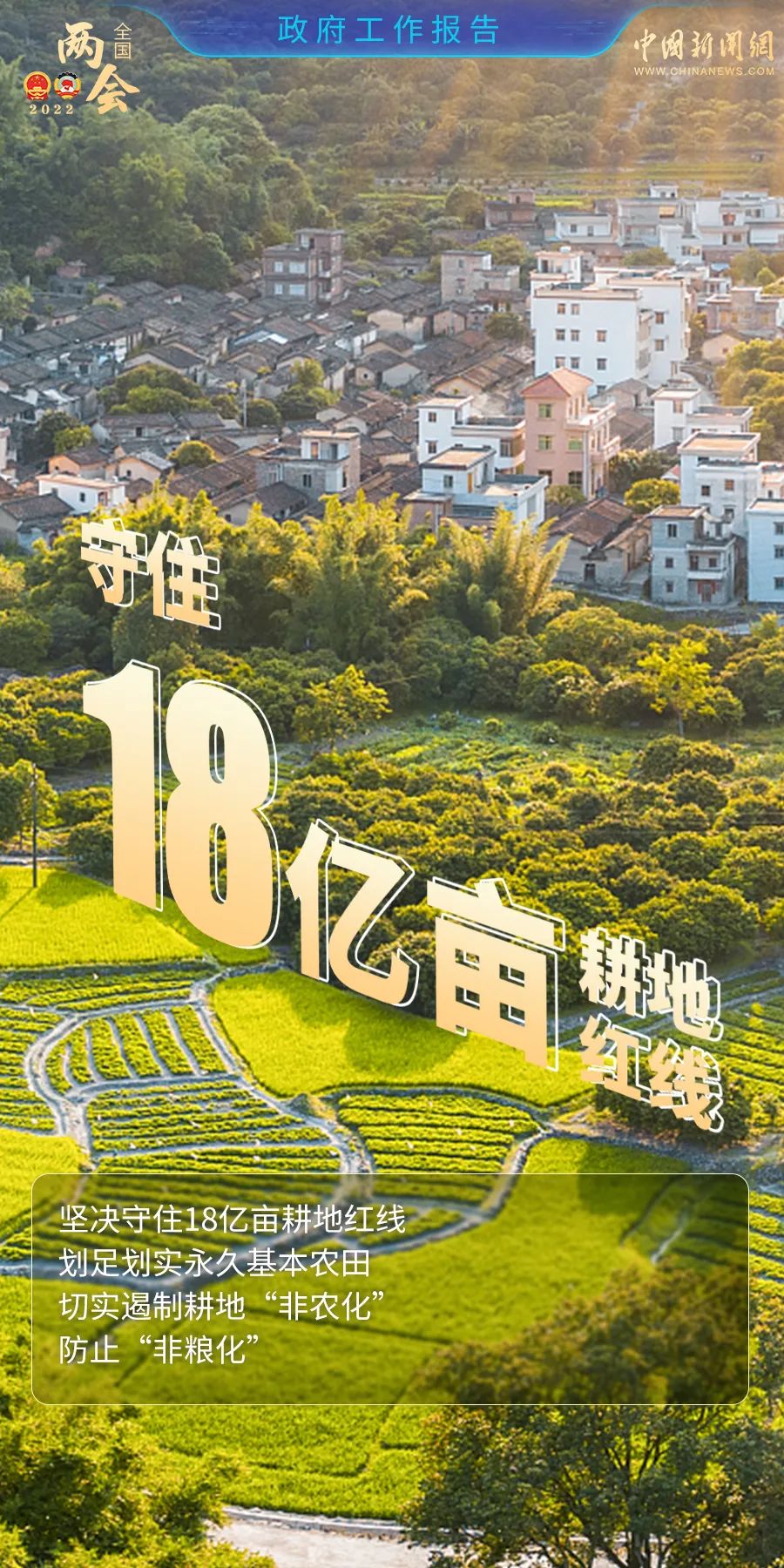 China News Service, Beijing, March 6 (Reporter Li Hanxue) The government work report submitted to the Fifth Session of the 13th National People's Congress for deliberation on the 5th once again emphasized the protection of national food security, and pointed out that the red line of 1.8 billion mu of arable land must be resolutely held and accelerated to promote planting. industry revitalization.

In an interview with a reporter from China News Agency, two members of the National Committee of the Chinese People's Political Consultative Conference in the agricultural sector said that it can be seen that "land" and "plant" are the two major priorities and challenges of current agricultural development.

Chen Mengshan, director of the National Food and Nutrition Advisory Committee and president of the China Agricultural Technology and Economics Association, said that the report proposes to "strengthen the stable production and supply of important agricultural products such as grain", indicating that China will continue to make efforts to "firmly stabilize its own rice bowl". .

But in the medium and long term, China's grain supply and demand will remain in a tight balance.

This year, China's economic development will still face many difficulties and challenges. The task of "safeguarding security and preventing risks" is arduous. As a strategic basic material, grain is the top priority.

He mentioned that China imported a large amount of grain last year. If the domestic self-sufficiency cannot be effectively improved, the hidden risks of food security cannot be ignored.

To this end, this year's Central Document No. 1 put forward a series of "hard-core" measures to ensure "holding a job". One of the key points was "resolutely defending the red line of 1.8 billion mu of arable land", which was re-emphasized in the government work report.

The new 100 million mu of high-standard farmland mentioned in the government work report is also the goal set forth in the No. 1 Central Document this year.

This goal emphasizes that in addition to the guaranteed area of ​​farmland, the quality should also be guaranteed.

It can be seen that the government work report talks about the content of agriculture, and every sentence is critical.

Liu Xin, a professor at the School of Life Sciences at Sun Yat-sen University, noted that the government work report emphasized that it is necessary to speed up the revitalization of the seed industry and strengthen the research and application of agricultural science and technology.

Among all agricultural production materials and technologies, excellent varieties contribute the most to increasing crop yields and efficiency.

He mentioned that compared with developed countries, there is still a gap in the overall development level of China's seed industry, resulting in a low self-sufficiency rate of seeds in emerging fields with high added value.

Liu Xin said that whether it is the current national food security strategy or the new development pattern with the domestic cycle as the main body and the domestic and international dual cycles promoting each other, it will help improve China's ability to independently innovate agricultural science and technology, and speed up the key to "stuck neck". Technological breakthroughs will surely promote China's progress from a big country in the seed industry to a strong country in the seed industry.