The niece of Marine Le Pen, Marion Maréchal, formalized on Sunday her rallying to Eric Zemmour during the meeting of the candidate Reconquest! in Toulon, new episode of the fratricidal war within the… 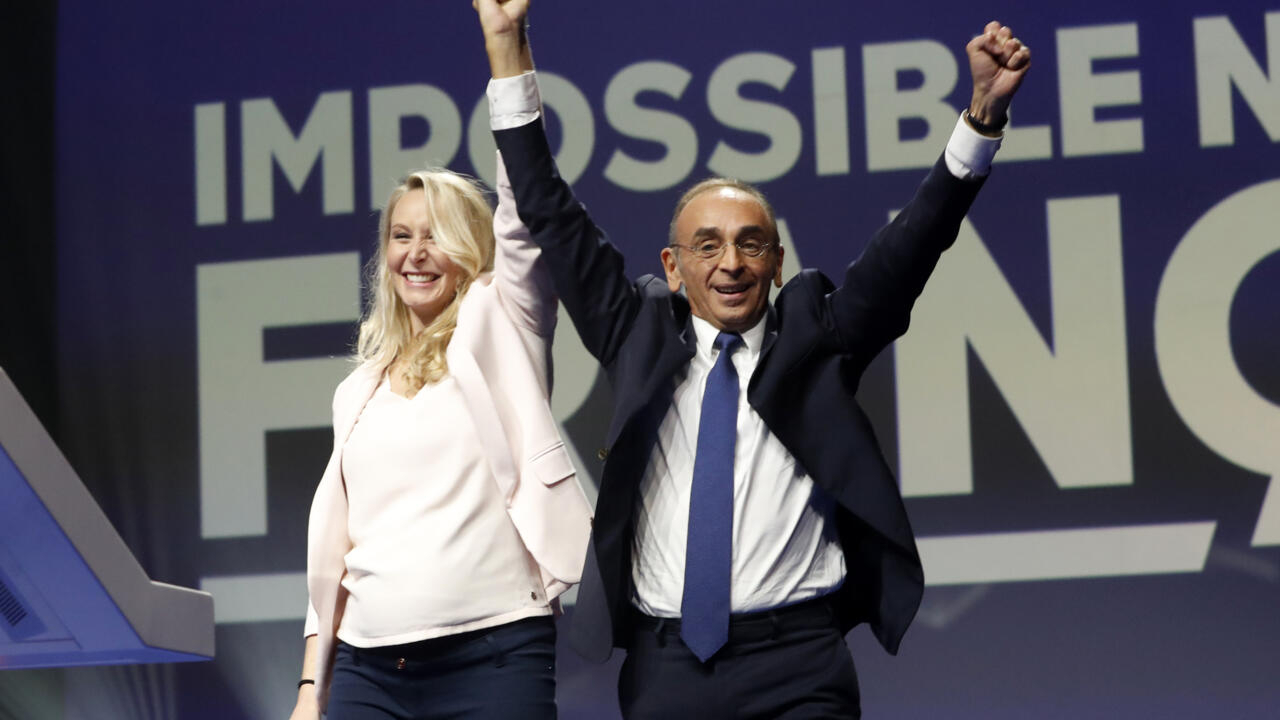 Eric Zemmour alongside Marion Maréchal during his meeting in Toulon on March 6, 2022. AP - Jean-Francois Badias

The niece of Marine Le Pen, Marion Maréchal, formalized on Sunday her rallying to Eric Zemmour during the meeting of the candidate Reconquest!

in Toulon, a new episode in the fratricidal war within the extreme right as the presidential election approaches.

I am certain that the political recomposition will happen, I believe victory is possible again

In front of the militants won over to Éric Zemmour, she castigated Emmanuel Macron, a “

forced us to sort between vaccinated and unvaccinated

opens the way to the fight of races with this

Eric Zemmour's entourage hopes to make this rally a "turning point" to relaunch his campaign,

after a complicated sequence on the conflict in Ukraine

and a drop in the polls.

The former MP retired from political life after Marine Le Pen's defeat in the 2017 presidential election to found a private "school" of political science in Lyon.

With the aim of leading a fight that is more “

” than electoral or partisan.

Four RN MEPs, including a leading member of the party, Nicolas Bay, as well as the only senator in the National Rally, Stéphane Ravier,