Aggravating circumstances and concealment of crimes: Putin signed a law to increase the punishment for pedophilia

Vladimir Putin signed a law toughening penalties for crimes against the sexual integrity of minors. In particular, the document expands the list of persons to whom the provision on aggravating circumstances will be applied if they commit a crime. Along with this, criminal liability is introduced for forcing children to engage in sexual activities using the Internet or the media, as well as for harboring serious crimes against minors. 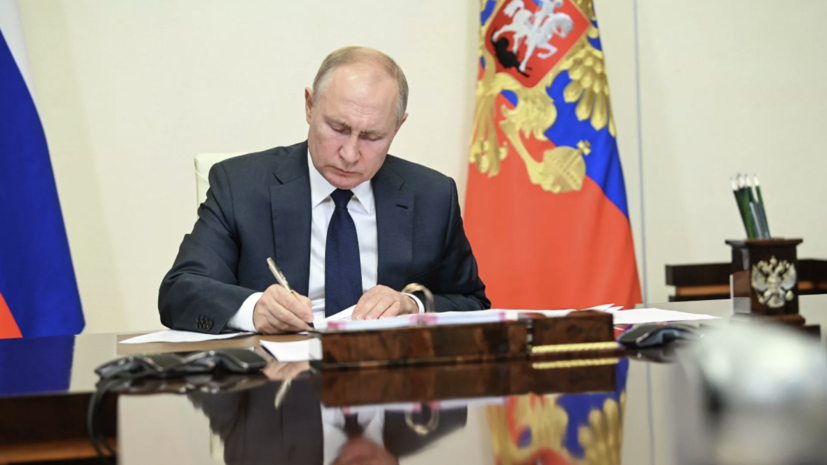 The President of Russia signed a law on improving measures to combat crimes against the sexual inviolability of minors.

A document amending a number of articles of the Criminal and Criminal Procedure Code of the Russian Federation is published on the official portal of legal information.

63 of the Criminal Code of the Russian Federation and the list of persons subject to aggravating circumstances in such acts is expanding.

Responsibility will be tougher in cases where the offender lives together with the child or is responsible for him.

An aggravating circumstance will also be the commission of a crime by a person working in the field of education, upbringing and development of minors, as well as in the areas of organizing children's recreation and rehabilitation, medical care, social protection and social services.

The same paragraph applies to persons involved in the field of youth sports, culture and art.

Criminal liability is introduced for harboring serious crimes against minors under 14 years of age.

This act is punishable by a fine of up to 100 thousand rubles or income for a period of up to one year, or forced labor for up to a year, or imprisonment for the same period.

Criminal liability is introduced for forcing minors to act of a sexual nature by a group of persons, as well as using the media or the Internet.

A more severe punishment is also provided in cases where a crime against a child has been committed by a person previously convicted under a similar article.

In these cases, punishment in the form of imprisonment for up to six years is provided.

It should be noted that this bill in the first edition was submitted to the State Duma for consideration in February 2018.

In the first reading, the initiative was considered in June of the same year, in the second and third - in February 2022.

According to the deputy director of the Institute for Strategic Studies and Forecasts of the Peoples' Friendship University of Russia, a member of the political council of the MGER Victoria Fedosova, the toughening of the approach to pedophiles falls into the vector, which was set by voting on the law on amendments to the Constitution.

As Fedosova recalled, the main document indicated that children are the most important priority of Russia's state policy.

The interlocutor of RT noted that the law signed by the president made separate accents on the areas and situations in which crimes are committed, and the specialized “children's” areas of adult employment are designated as aggravating circumstances.

“This will be a signal both for unhealthy individuals who deliberately go to work at a school to further commit crimes, and for the leadership of educational institutions: you need to carefully recruit staff and conduct additional psychological examination,” Fedosova emphasized.

According to the document approved on January 28, the appropriate punishment is provided for repeated sexual abuse of a child, as well as if it was committed against two or more children, or is associated with another serious or especially serious crime.

The document also extended the effect of the relevant articles of the Criminal Code of the Russian Federation to a wider range of victims by adjusting the age of the victims.

Previously, life imprisonment threatened a pedophile only in the event of a repeated commission of a crime and in relation to a minor under 14 years of age.

Now the maximum punishment can be imposed even if the age of the victim is from 14 to 18 years.

Corresponding amendments were made to Art.

131 of the Criminal Code of the Russian Federation (“Rape”) and Art.

132 of the Criminal Code of the Russian Federation (“Violent acts of a sexual nature”).