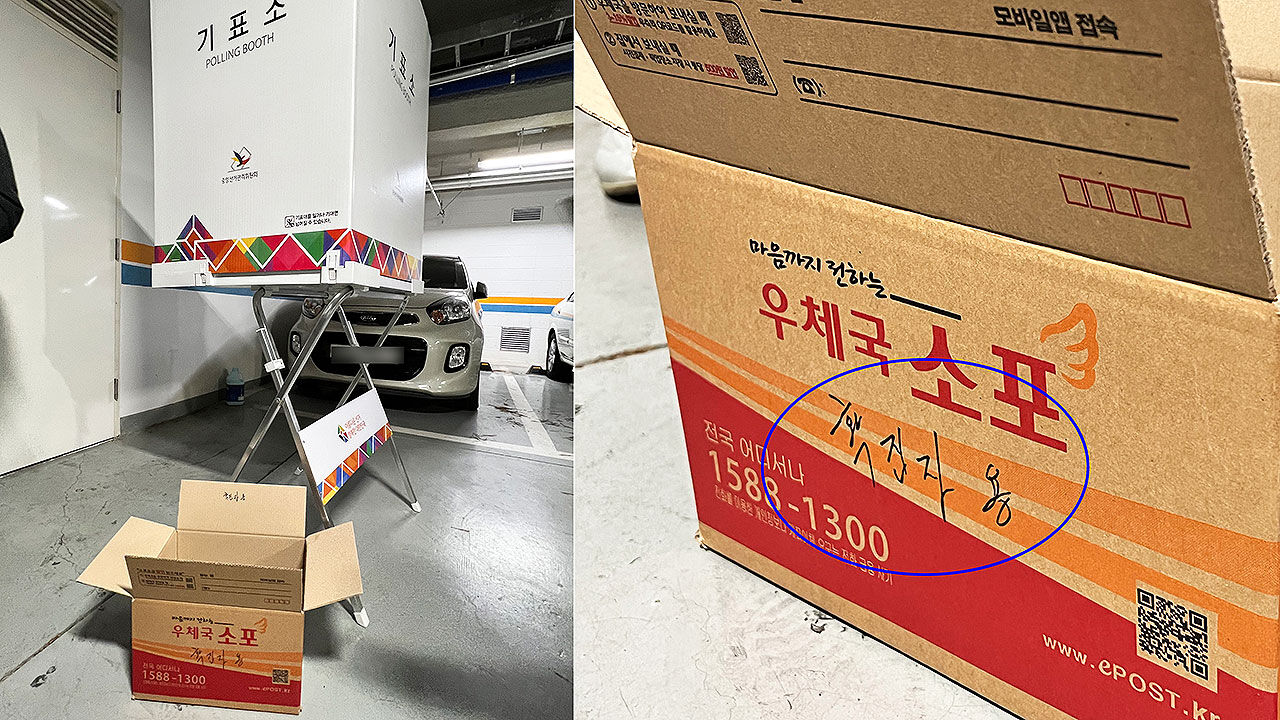 People's Power Rep. Kim Woong said on Facebook today (6th), "This is the result of a protest visit by the National Election Commission. (Kim Se-hwan) I will briefly summarize the questions and answers."

Rep. Kim, Eun-hye Kim, Gyeong-jun Yoo, and Young-young Lee visited the National Election Commission last night at 9:45 and stayed until past midnight to protest the poor management of the NEC officials.

According to Rep. Kim, when asked, "Why did you violate the provisions of Article 157, Paragraph 4 of the Public Official Election Act, which require voters to put their ballot papers directly into the ballot box?" There are no rules for voting booths.”

The purpose of this is that Article 151, Paragraph 2 of the Public Official Election Act stipulates that 'two ballot boxes per constituency cannot be used at the same time in each voting district for a single election'.

When asked, "Why are the ballot papers stamped by Lee Jae-myung (and the Democratic Party presidential candidate) in the bag?", President Kim said, "The administrator collected three ballot papers, put only two into the ballot box, and put one left in the ballot box. "That's what the manager said," he said.

To the question of 'how did you verify that the manager's statement was true',

President Kim also answered, "In the case of an early election, when the ballot papers are printed on the spot, why are (other people's) ballot papers found?" "The confirmed cases made a riot about putting them in the ballot box and left the printed ballot papers behind. It seems," he replied.

When asked by lawmakers, 'Did you say that it was a riot when you saw the people who were told to keep the Public Official Election Act?', President Kim answered "yes", Rep. Kim said.

Rep. Kim Eun-hye, the head of the public affairs division at the election headquarters, also said on Facebook, "What made me laugh was the answer, 'Basket' (provided by the National Election Commission) when asked, 'What did you use to unify the box handed over in the middle of the confirmation envelopes?'" said.

Rep. Kim Eun-hye said, "So in each region, there was a funny comedy in which a colander came out in one place and a cardboard box with a hole in it in another place." "Please judge arrogance that puts the people under his feet with an overwhelming victory. You have to vote to win." "He said.

President Kim said at the National Assembly Administrative Safety Committee on the 9th of last month, "We have been preparing for the worst case of the corona situation since the end of last year."