Russia has announced a six-hour ceasefire for the opening of humanitarian corridors that allow the evacuation of the civilian population in the cities of Mariupol and... 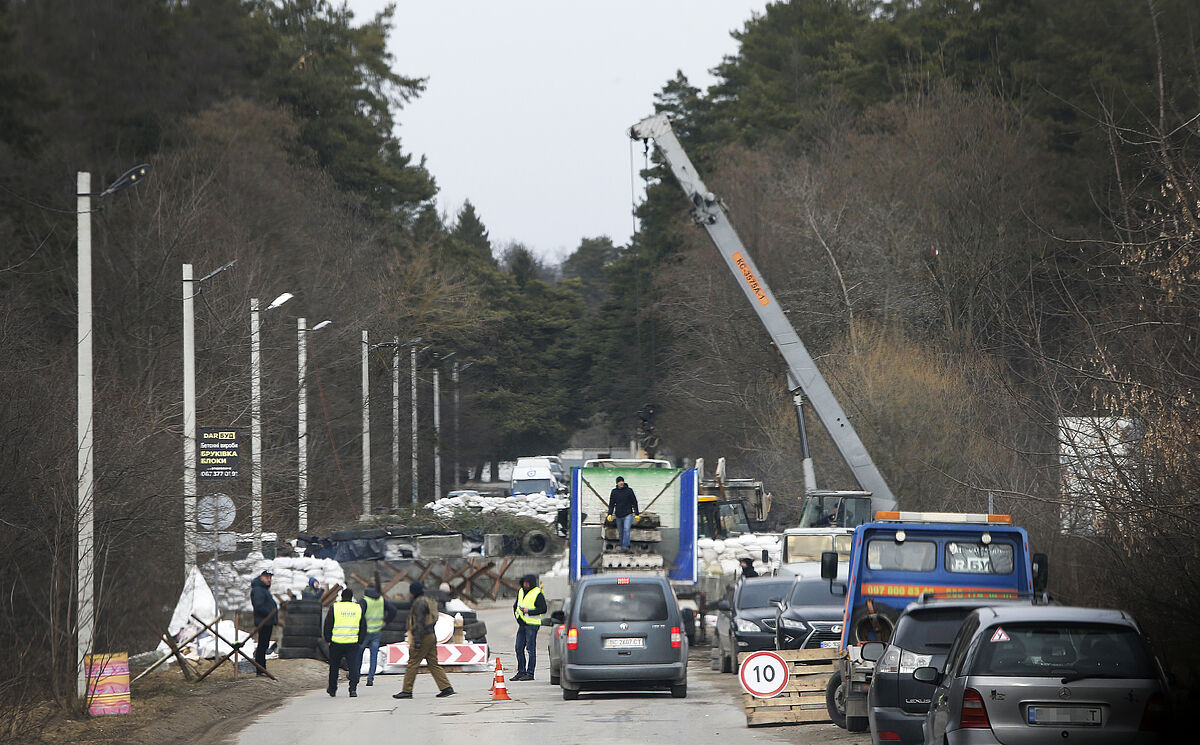 Russia has announced a six-hour ceasefire for the

The mayor's office of the Ukrainian city of Mariupol has

confirmed the start of the evacuation of civilians

from that strategic port on the Sea of ​​Azov besieged by Russian forces and pro-Russian separatists.

several stages of evacuation will be necessary

, divided into several days so that each person who wants to leave can do so," added the same source in his Telegram account.

leads to the Ukrainian city of Zaporizhia

, 220 kilometers to the northwest.

In the evening, the mayor of Mariupol, Vadim Boichenko, said that the city, which usually has around 450,000 inhabitants, was under a "lockdown".

The pro-Russian separatist forces and the Russian army indicated on their side that the city was under siege.

Control of Marioupol is of a strategic nature for Russia, because it would allow it to guarantee territorial continuity between its forces arriving from the Crimean peninsula and those from the pro-Russian separatist territories of the Ukrainian Donbas.

According to the official TASS agency, the humanitarian corridors and evacuation routes have been agreed with Ukraine, which has not yet confirmed the Russian information.

"There have been no official reports about this in Ukraine yet," Anton Gerashchenko, adviser to the Ministry of Internal Affairs, said on his Telegram account.

However, the Mariupol City Council wrote on its Telegram account minutes after the Russian announcement that "the moment of the opening of the humanitarian corridor and the beginning of the regime of silence for the city is currently underway."

"This will allow the

restoration of the city's critical infrastructure

(electricity, water and mobile communications) to begin. It will also be possible to provide Mariupol with

Russia and Ukraine agreed to open humanitarian corridors in the second round of negotiations that their respective delegations held on Thursday in Belarusian territory and declare a temporary ceasefire in those places to allow it.

Boychenko announced at dawn that this Saturday the possibility of opening a humanitarian corridor for Mariupol, on the shores of the Sea of ​​Azov and blocked by Russian forces.

On Friday for the fifth day the city of the

, with almost 450,000 inhabitants, was besieged by Russian forces.

Volnovakha is located about 65 kilometers north of Mariupol.

The mayor said early Thursday that the city was on the

brink of a "humanitarian catastrophe"

as Mariupol was left without electricity, water and heating due to constant bombing by the Russian military.

War in UkraineRussia begins the assault on the city of Kherson

War in UkraineSpain, in the caboose of military aid to Ukraine