Presidential 2022: Marine Le Pen adapts her campaign to the war in Ukraine

D-35 before the first round of the presidential election in France. The candidates are trying to continue their campaign despite the war in Ukraine. Emmanuel Macron remains largely occupied by the crisis. S… 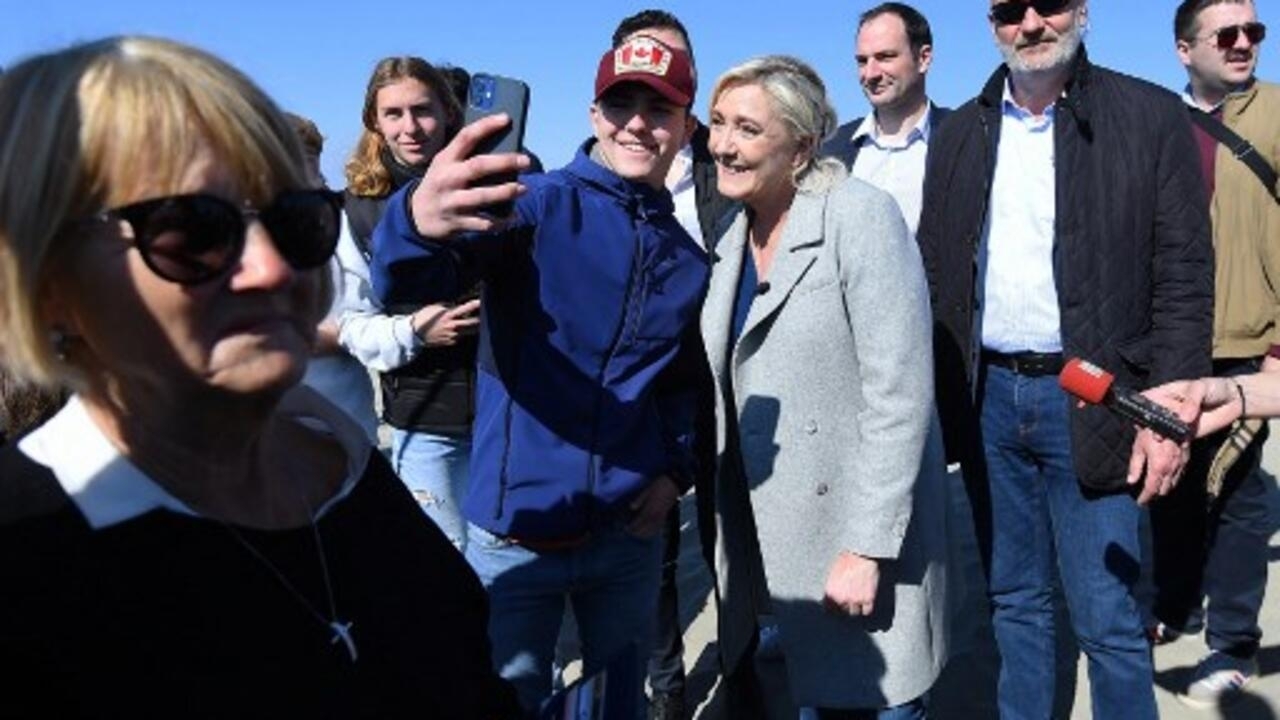 Presidential 2022: Marine Le Pen adapts her campaign to the war in Ukraine

Marine Le Pen campaigning in the south of France, in the Camargue.

D-35 before the first round of the presidential election in France.

The candidates are trying to continue their campaign despite the war in Ukraine.

His opponents are getting impatient.

Traveling to the Camargue in the south of France on Saturday March 5, Marine Le Pen was forced to adapt and devote part of her meeting to Ukraine.

A quarter of his speech dedicated to the Russian intervention in Ukraine.

In Aigues-Mortes, Marine Le Pen understood that it was almost impossible to talk about anything else.

Of course, we cannot campaign in such a context as if nothing had happened

For 14 minutes, the candidate of the National Rally (RN) is alarmed by the rise in cereal or energy prices.

She especially fears that Emmanuel Macron will take the opportunity to step over the presidential election.

The situation, however serious, in no way justifies Emmanuel Macron's temptation to escape the demands of an electoral campaign.

It's up to us to bring Jupiter back to reality.

To listen: "We cannot short-circuit this presidential campaign"

In the room, about 700 people, also concerned about Ukraine.

And who don't really have the impression of living in a real campaign.

There are also a lot of people who don't play the game too.

At some point, he will have to debate with his competitors

Everyone fears abstention, and we realize that once again there will be no debate.

Or a truncated debate.

In the meantime, Marine Le Pen dreams of replaying her duel with Emmanuel Macron.

She didn't have a word about Eric Zemmour.

His Reconquest rival has now disappeared from his rear view mirror in the polls.

To listen: On Ukraine, the war of words on the left