Ligue 1: Paris SG beaten in Nice before going to Madrid

Paris Saint-Germain will go to Madrid weighed down by a defeat conceded in the last minutes in Nice (1-0), Saturday for the 27th day of Ligue 1, by dint of having wanted to save too much for their 8th of… 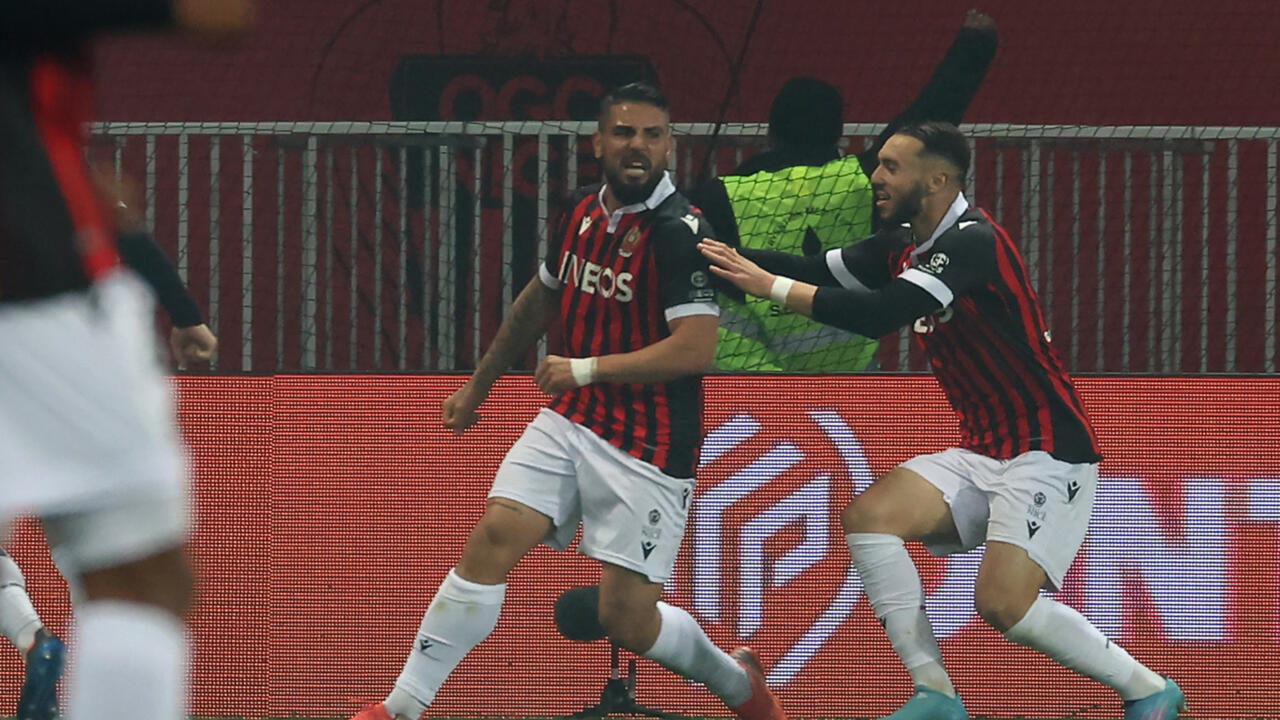 A half-volley from Andy Delort (88th) after a counter, started after a loss of the ball from Neymar, cost PSG their third defeat in L1 of the season.

If in the other match of the day, Brest won at Lens (1-0), which risks dropping out in the race for Europe depending on Sunday's results, this Nice-PSG does not change the classification of the Paris Saint Germain.

The leader still has a 13-point lead over his winner of the day, but this failure can hurt morale four days away from defending his first leg advantage in Madrid (1-0).

"You shouldn't worry, we're first, warned captain Marquinhos at the Plus channel microphone, but it shouldn't be a habit to start losing outside."

PSG have never managed to beat Le Gym this season, after the 0-0 first leg, and the new goalless draw in the Coupe de France, lost on penalties (6-5), in the round of 16.

Nice, already qualified during the week for the final of the Coupe de France by beating another club from Île de France, Versailles (2-0).

Christophe Galtier's team is second, two lengths ahead of Olympique de Marseille, who play in Monaco on Sunday (8:45 p.m.).

In view of the match with a much bigger stake in Madrid, Mauricio Pochettino, the Parisian coach, also rested Presnel Kimpembe and his titular side.

If Achraf Hakimi, slightly injured, had remained in Paris, Nuno Mendes was on the bench.

Without "Kyky", "no party", the match remained very dull at the Allianz Riviera, before Delort's goal.

Angel Di Maria and Neymar were disappointing, but Lionel Messi managed some well-thought dribbles and passes, auguring well before returning to the Santiago Bernabeu, a stadium where he often shone with FC Barcelona.

There was a little more spectacle in Bollaert, where Brest recovered well from the defeat at home against Lorient (1-0), their second Breton derby lost in February after the failure in Rennes (2- 0).

Beaten for the third time in 2022, Racing is skating.

Thanks to Franck Honorat's ninth goal this season, Brest takes a 13-point lead over the barrage, Metz, expected in Saint-Étienne (1:00 p.m.), in a clash between two of the last four who have exactly the same number of points.

The joy of Brest midfielder Franck Honorat, congratulated by his teammates, after opening the scoring against Lens, during the 27th day of Ligue 1, March 5, 2022 at the Stade Bollaert-Delélis FRANCOIS LO PRESTI AFP

The other two, Bordeaux (20th) and Troyes (17th) face each other in a second crucial match for maintenance.