The daily increase in confirmed cases in mainland China hits a new high this year. Sanya cases and relatives on flights were infected

(Fighting against New Coronary Pneumonia) The daily increase in confirmed cases in mainland China hit a new high this year. Sanya cases were infected with flight relatives   China News Agency, Beijing, March 4th. Comprehensive news: China's National Health and Medical Commission announced on the 4th that 294 new confirmed cases were reported in mainland China on the 3rd, of which 233 were importe 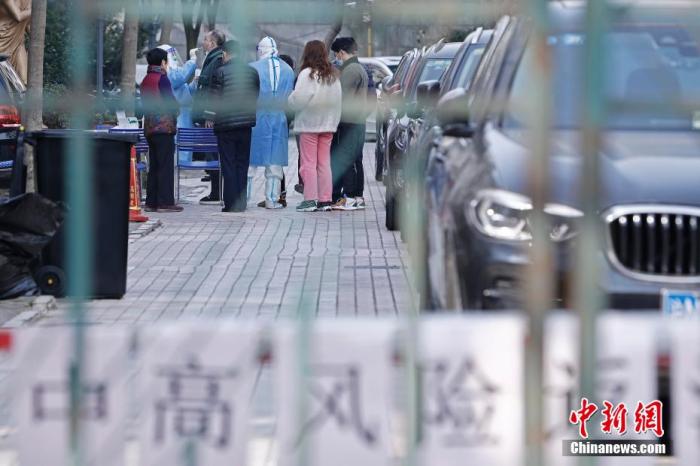 China News Agency, Beijing, March 4th. Comprehensive news: China's National Health and Medical Commission announced on the 4th that 294 new confirmed cases were reported in mainland China on the 3rd, of which 233 were imported from abroad and 61 were local.

There were 150 new asymptomatic infections, including 94 imported cases and 56 local cases.

Due to the high number of imported cases from abroad, 294 new confirmed cases were reported in mainland China on the 3rd, a new high since 2022.

Among them, 233 cases were imported from abroad, which not only also hit a new high since 2022, but also exceeded 200 cases for the first time since the New Year.

The imported cases that day came from 13 provinces. The top 6 provinces with the most cases were: Guangdong with 117 cases, Shanghai with 43 cases, Guangxi with 26 cases, Sichuan with 13 cases, Beijing with 9 cases, and Zhejiang with 7 cases.

There were 61 new local confirmed cases that day, an increase from the previous day (54 cases), but still a low level recently.

The cases are still numerous and widespread, involving 12 provinces: 22 in Guangdong, 9 in Inner Mongolia, 5 each in Hebei and Jilin, 4 each in Hubei and Yunnan, 3 each in Heilongjiang and Guangxi, and 2 each in Shanghai and Zhejiang. Tianjin and Jiangsu have one case each.

Two of the confirmed and three asymptomatic infections were detected during screening of at-risk individuals.

The Shanghai Municipal Health and Health Commission notified on the 4th that in the routine investigation of the local epidemic-related risk personnel in Songjiang District, 3 local confirmed cases and 5 asymptomatic infections were found again, all of which were reported to Yonghui Supermarket in Songjiang District on the 3rd. associated personnel.

Because many people live in Jiading District, a new high-risk area has been added to the district.

So far, there are 3 medium-risk areas in Shanghai, namely Putuo District, Songjiang District and Jiading District.

There were no new local confirmed cases in Dongguan that day, and 5 new local asymptomatic infections, including 3 cases in Dalang Town, 1 case each in Changping Town and Humen Town.

Dongguan City announced on the 4th that the new cases in Dalang, Humen and Changping towns are all from centralized control personnel. No positive cases have been detected in the society after multiple rounds of large-scale nucleic acid screening. control.

Cases in many places in Jilin, Sanya cases and flight relatives were infected

As of 24:00 on the 3rd, a total of 34 local cases have been reported in this round of epidemic in Jilin Province.

The current round of the epidemic in Jilin Province first appeared in Hunchun City, Yanbian Prefecture on February 28, and the source of the local epidemic was the Omicron strain.

At present, all kinds of entertainment venues, offline education and training institutions and other indoor venues in Hunchun City and Jilin City are closed, and traffic control is implemented at each traffic intersection.

From February 24 to March 4 at 0:00, a total of 22 local confirmed cases were reported in Tianjin, and the epidemic also spilled over to Sanya, Hainan Province.

Sanya City added another asymptomatic infected person on the 3rd, who is a traveling relative of the confirmed case in Sanya City on February 28.

So far, two relatives who traveled from Tianjin to Sanya on the same plane as the confirmed case on February 24 were infected.

According to a report from Sanya City, the second-generation gene sequencing results of the new coronavirus infected by the above-mentioned confirmed cases are Omicron variant, which is highly homologous to a local case in Tianjin.

Hohhot epidemic prevention and control achieved positive results, a wedding banquet led to the spread of the epidemic

On the 3rd, Hohhot reported 9 new local confirmed cases, which continued to remain in single digits.

The Hohhot Center for Disease Control and Prevention said on the 4th that since the outbreak of the epidemic, the city has successively organized 10 rounds of large-scale nucleic acid testing and 3 nucleic acid testing in key areas, and simultaneously promoted various aspects such as flow traceability, isolation control, and key population management. This work has achieved positive results in epidemic prevention and control.

With the changes in the epidemic situation, some quarantined persons will be released one after another in the near future, and some closed and controlled communities will also gradually meet the conditions for unblocking.

In the review of the current round of the epidemic, Hohhot City stated that there were many clustered epidemics during the spread of the epidemic. Among them, many infected persons were found at a wedding banquet, and these infected persons passed through family gatherings, community activities and work. , Infect family members, friends, colleagues, shopping mall staff and other people in the community, and during the Spring Festival, visiting relatives and friends, gatherings and gatherings are frequent, and the discovery is late, resulting in the rapid spread of the epidemic.

Wuhan City, Hubei Province added 4 local confirmed cases on the 3rd, 3 of which were close contacts of the reported cases, and 1 case was detected in the nucleic acid screening of isolated close contacts.