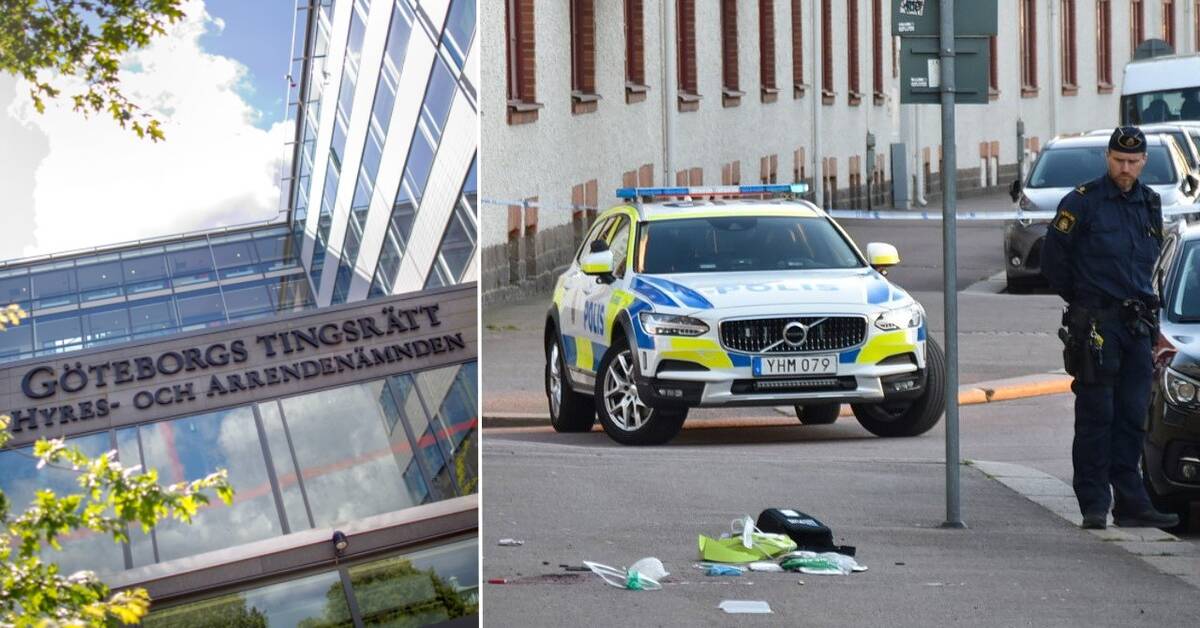 The 33-year-old, who was designated as a gang leader, was attacked in the Old Town district in the spring of 2020 when he was on his way to a birthday party.

But on the way there, he was shot dead with at least nine shots.

The background to the act is considered to be in a conflict between criminal gangs in Biskopsgården, which is located in another part of Gothenburg.

The district court ruled that the prosecutors could not prove who, or which, people fired the shots.

Twelve people were therefore convicted in Gothenburg District Court for aiding and abetting murder and for preparing for the murder of three of the murder victim's relatives.

Four of them were sentenced to life in prison.

Another man was sentenced to one year and seven months in prison for stamping out the murder of one of the murder victim's relatives.

Three of the total of 16 accused were completely acquitted.

One is convicted of murder

Among other things, a person is convicted of murder instead of aiding and abetting murder.

The Court of Appeal also convicts a person for inciting murder, instead of aiding and abetting murder as decided by the district court.

The Court of Appeal considers that the person has a leading position in a criminal group and that the murder would not have been carried out if he had not called for it.

A total of four people are sentenced to life in prison, just like in the district court.

Decisive in the investigation has been the encrypted chat service Encrochat.

Through it, several of the people now convicted could be linked to the murder

- What has been written in EncroChat messages has in many respects been strongly supported by other evidence, says Court of Appeal Councilor Eva Lönqvist.

- The Court of Appeal considers that the position with encrypted telephones constitutes preparation for crime in this case, as the telephones have been used to coordinate measures without risk of detection, states the Court of Appeal's Anna Gränsmarker.

In the clip below, you can hear how it sounded in connection with the district court's ruling