A Conservative donor has demanded that British Prime Minister Boris Johnson control his wife, because she is "interfering with his work and telling him what to do". The businessman, Sir Rocco Forte, is a huge fan of Boris Johnson, so much so that he paid 12,000 pounds 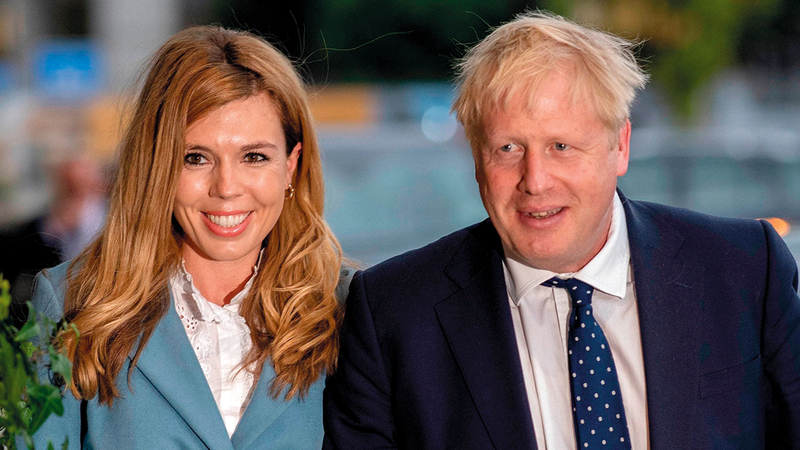 He was left with nothing close to him but her

Johnson and his wife Carrie.

A Conservative donor has demanded that British Prime Minister Boris Johnson control his wife, because she is "interfering with his work and telling him what to do".

Businessman Sir Rocco Forte is such a huge fan of Boris Johnson that he paid £12,000 to the Conservative Party to celebrate Johnson's victory in the Conservative leadership election, before donating another £100,000 to support the Conservatives in the last general election.

The hotel tycoon and leader of Britain's exit from the European Union is now launching an astonishing attack on the prime minister for failing to "control" his wife, Carey.

"One of the important things, of course, is to keep his wife under control," Sir Rocco told his guests during a dinner at the Brown Hotel in Mayfair.

"Unfortunately, when we elected him he did not have a wife, and now he has a wife who has given him a child, and then a second child, and she is telling him what to do," he added of Boris.

Acknowledging his misogynistic views, Forte says, "I know I'm a misogynist, but this woman does too much for any country."

Sir Rocco, 77, is the son of the Forte Trust House's owner, Lord Forte, who was forced to abdicate the leadership of his hotel empire at the age of 83, causing family trauma.

Lord Forte, who would become Britain's most famous hotelier, was reluctant to step down from the company he founded in 1934. He died in 2007, aged 98, and was a close ally of the late British Prime Minister, Margaret Thatcher.

Sir Rocco, whose family fortune was estimated at £345m before the pandemic, recently announced that he would be withholding his donations from the Conservative Party.

"I've made big donations in the past - in the Thatcher days, in the early years of the John Major government, but not after that," he says.

Boris Johnson's inner circle has broken so spectacularly in recent days that only his wife, Carrie, is left of his early days in 10 Downing Street.

Carey is considered the most powerful wife of a prime minister in recent memory, as the 33-year-old has her own job at a wildlife charity, but multiple Downing Street sources, past and present, say her influence on the prime minister's political activism is not. can be denied.

Those who know her say that she is determined to keep Johnson in Downing Street, despite the scandals related to the parties organized by Downing Street during the ban on gatherings, during the outbreak of the “Corona” epidemic, some of which she herself attended, and also financing the renovation of Apartment No. 11 with the famous designer Lulu. Little, who raised a lot of questions.