“A house instead of a tent” .. The occupied Palestinian interior provides relief to the refugees on the Syrian border 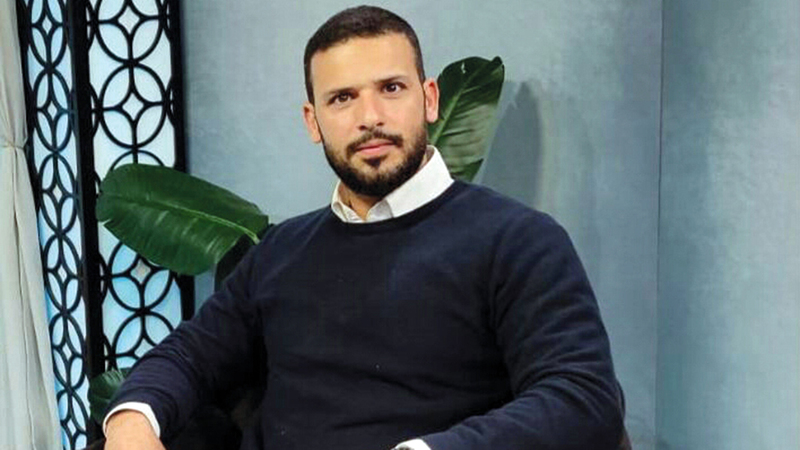 “A house instead of a tent” .. The occupied Palestinian interior provides relief to the refugees on the Syrian border

From within the Palestinian territories surrounded by the borders of occupation and settlement, and inspired by the catastrophe of displacement that the Palestinian people have faced over the past 74 years, a Palestinian youth took the initiative personally, in order to stop the bleeding of displacement that made the lives of Syrian refugees difficult and exhausted the innocence of their children, on the Syrian border, especially in the separation Cold and winter.

A few days after the launch of the Palestinian Relief Initiative, many convoys were sent to northern Syria, bypassing the restrictions of the occupation and its apartheid wall, and all geographical borders, to provide the basic daily needs of the displaced Syrians, in addition to building entire residential neighborhoods, instead of seeking refuge inside a tent of cloth, no Save the summer heat, nor the winter cold.

Video clips of refugee children facing cold and hunger on the northern Syrian border aroused the feelings of the Palestinian youth Ibrahim Khalil, a resident of the occupied Palestinian interior, to launch at the same moment a support and relief campaign, through social media, to provide heating facilities for Syrian refugees and their children.

The idea of ​​the initiative achieved great success, exceeding the expectations of its owner, as it received an impressive interaction from the donors, who made donations that exceeded the specified numbers presented for heating needs and refugee tents.

Here, the range of good ideas of the young Ibrahim expanded, who now has what enables him to transcend the borders, to respond to the call and cries of distress of Syrian children, and to provide as much of their needs as possible, in order to alleviate and eliminate their tragedy.

Immediately after the success of the initiative, the young Ibrahim launched the “House Instead of a Tent” campaign, to provide homes in the Syrian refugee camps, and was able to collect $17 million at the beginning of the campaign, from Palestinians in different areas of their presence, and collected those donations to build homes for all families living in Koknaya refugee camp in northern Syria, to expand the idea towards the rest of the Syrian border refugee camps.

The response to the campaign of the young Ibrahim Khalil did not resonate only with the pioneers of social media, as the Palestinian towns are the most prominent present in the list of donors to the relief of Syrian refugees. From within it, the charitable initiative was launched, and within it its residents followed the path of donation to support the Syrian people in their plight, and to help them with more than they could.

Mosques opened their doors in the city of Al-Quds Al-Sharif, the cities of the West Bank, and the occupied Palestinian interior, to receive donors who flocked in large numbers throughout the day, from different races and ages, to help the Syrian refugees. their formulations to help refugees.

"Emirates Today" met the young Ibrahim Khalil, while supervising charitable initiatives for the relief of Syrian border refugees, as he says: "In mid-January, I watched several videos on social media platforms of starving Syrian children inside the border refugee camps, and their families have nothing to offer. To protect their souls from the danger of poverty and homelessness.”

He added: "Human feelings overwhelmed me, and I decided to move to provide even a little for these children, and I looked for an urgent idea, and it was to raise money to provide the price of heating means for 100 tents for the residents of the (Kuknaya) camp on the northern Syrian border, and this initiative was published on social media platforms. ».

He asserts that he did not expect this campaign to resonate, but on the same night, he was surprised by an impressive interaction with this campaign, as he was able to collect enough donations to provide heating for all the refugees in Koknaya, adding: “We moved to the rest of the refugee camps gradually to provide heating means to their residents, In addition to providing clothes and basic daily needs for the tent residents.”

Here, the role played by the young Ibrahim was completed, and he was able to provide heating for the children and their families, but he was surprised by a video clip, which he received through his personal account on the communication platforms, from a Syrian girl, named Nada, from the “Koknaya” camp, who thanks him for the initiative he launched, and for what he provided She told him about her wish to live with her grandmother in a house that would secure her a decent life instead of being homeless in tents.

"A house instead of a tent"

After seeing the girl Nada's message, young Ibrahim did not give a thought, to immediately announce the "House instead of a tent" campaign, to build houses of concrete and reinforced iron in the "Koknaya" camp, where 255 Syrian families live.

The owner of the “House Instead of a Tent” initiative says: “Less than one day after the start of the charitable initiative, we collected donations that enabled us to build homes for all the families of (Kuknaya) camp, to then collect donations to build homes for 273 families living in (Green Valley) camp. Then for another 430 families in the (Al-Hadath) camp, on the Syrian border, and these relief campaigns are still collecting donations and material support, to alleviate the suffering of the Syrian brothers.

Khalil continues: “The size of the wide participation of donors was the main motive for the success of charitable initiatives, and the delivery of aid and building materials to northern Syria, as charitable societies in the occupied cities sought to announce campaigns to support the Syrian people, and to make material donations, especially the largest of these cities. Including Umm al-Fahm and Nazareth, the neighborhoods and towns of Al-Quds Al-Sharif joined, where their residents provided abundant financial support, for the West Bank cities to complete the charitable work circuit.

• The idea of ​​the initiative achieved great success, exceeding the limits of its owner's expectations, as it received an impressive interaction from the donors who made donations that exceeded the specified numbers for heating needs and refugee tents.