Emmanuel Macron, the results (1/4): on the international scene, a powerless mediator president

Emmanuel Macron now officially candidate for re-election, France 24 takes stock of his five-year term in four parts. The First is devoted to the foreign policy of the Head of State, q… 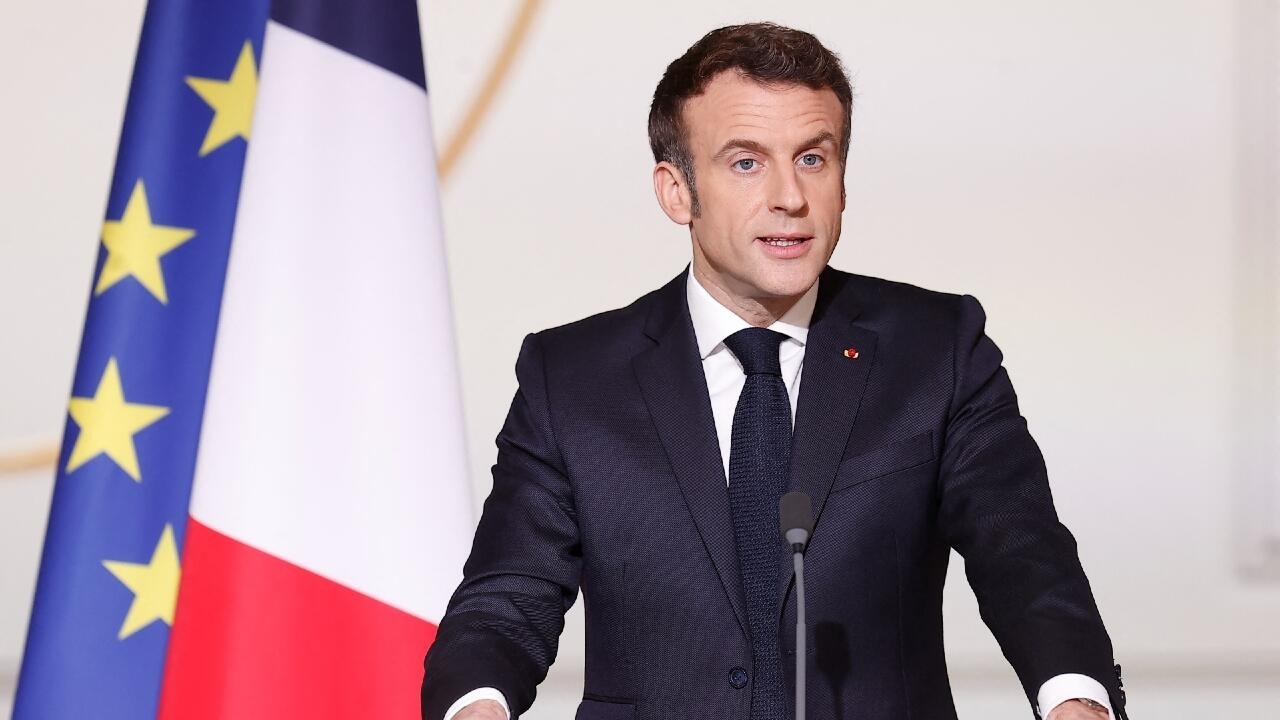 Until the end of his presidency, Emmanuel Macron will have tried to play the role that he had self-assigned from 2017: that of chief mediator.

Last exercise to date: the President of the Republic will have tried, by all diplomatic means, to prevent Russia from invading Ukraine.

He went to Moscow on February 7 to plead de-escalation with his Russian counterpart, Vladimir Putin, even thinking he had achieved his ends by announcing a possible meeting between the latter and the American president, Joe Biden.

Just over two weeks later, Vladimir Putin recognized the two separatist republics of Donbass, before ordering the military invasion of his neighboring country.

A diplomatic failure for Emmanuel Macron, only a few days after another international disappointment: the announcement, on February 17, of the withdrawal of French troops from Mali, where France had been engaged for nine years in the anti-jihadist fight led in the entire Sahel.

If these two setbacks do not say everything about the diplomatic action carried out by the French president for five years, they nevertheless symbolize France's impotence on the international scene.

He will have tried to seize every opportunity to give the best role to France by betting on his personal relationship with the greats of this world.

>> Macron, year I: youth and voluntarism for diplomacy

This is the case with his relationship with Vladimir Poutine, received with great fanfare at Versailles, from May 29, 2017, only two weeks after Emmanuel Macron entered the Élysée.

From the start of his five-year term, the head of state strived to create a link with the Russian president.

He also received it, in August 2019, at Fort Brégançon, saying that a "Russia that would turn its back on us would not be in our interest".

But while the French president is doing his best to seduce his counterpart, Vladimir Putin does not miss an opportunity to tackle his host, when a question is put to him about the arrests of demonstrators in Moscow: "We do not want to 'a situation such as that of the Yellow Vests in Moscow,' he replies.

A similar strategy is employed with the former President of the United States, Donald Trump.

He too was received in Paris with pomp, on July 13 and 14, 2017: the Trump and Macron couples dined at the Eiffel Tower restaurant, and Donald Trump was France's guest of honor for the July 14 parade.

The media then speak of "bromance" and it seems to operate: Donald Trump covers the French president with praise and Emmanuel Macron is very tactile with the latter, when the host of the White House receives him in April 2018. But there yet, despite his game of seduction, Emmanuel Macron does not manage to change Donald Trump's opinion on the withdrawal of the United States from the Paris agreement on the climate and that on the Iranian nuclear.

Emmanuel Macron is aware of the decline of France on the international scene, but also wishes to take advantage, at the beginning of his mandate, of the erasure of the United Kingdom, too busy with Brexit, and of the withdrawal into himself of his ally American.

The French president then sees himself as a leader of multilateralism.

It's time for the "Make Our Planet Great Again" in June 2017, beautiful speeches at the United Nations General Assembly, the One Planet Summit in Paris in December 2017 or the G7 summit in Biarritz in August 2019.

Beyond Ukraine or Iran, Emmanuel Macron also plays mediators in Libya and Lebanon.

And too bad if for that it is necessary to put back in the international game the Saudi crown prince, Mohammed Bin Salman, implicated in the death of the journalist Jamal Khashoggi in 2018. He meets him in Jeddah in December 2021. A diplomatic risk assumed by Emmanuel Macron, who affirms that "dialogue with Saudi Arabia is a necessity".

This type of initiative is another hallmark of the French president, always on the lookout for a possible coup internationally or a new pass of arms with an illiberal head of state.

The tone thus rises in the summer of 2018 with Viktor Orban, the Hungarian leader claiming not to want "a European Union under French leadership" while Emmanuel Macron describes him as a nationalist.

In August 2019, Jair Bolsonaro made fun of Brigitte Macron's physique after being accused by the French leader of having "lied" about his environmental commitments.

And in the fall of 2020, Recep Tayyip Erdogan questioned Emmanuel Macron's "mental health" after heated exchanges on secularism and freedom of expression in the wake of the assassination of French teacher Samuel Paty.

But Emmanuel Macron is also able to annoy his own allies.

As when he asserts, in an interview given to the British weekly The Economist, in November 2019, that NATO is in a state of "brain death", provoking strong reactions in the North American and European capitals.

>> To read: The Australian submarine affair torpedoes relations between Paris and Washington

Relations are also extremely tense with Joe Biden at the time of the Australian submarine crisis.

While France hoped for a new start with Washington after the election of Donald Trump's successor at the end of 2020, it is quite the opposite.

The "contract of the century" between Paris and Canberra for the sale of twelve submarines for an amount of 56 billion euros is broken by the Australians, in September 2021, in favor of a new alliance with the United Kingdom and United States.

The attitude of the Americans is condemned by French diplomacy and the French ambassador in Washington is recalled.

A first in the history of relations between these two historic allies.

It will take a telephone conversation between Emmanuel Macron and Joe Biden, then a meeting in Rome, at the end of October,

to bury the hatchet.

But the episode of the submarines is a task and is considered by many observers as a "humiliation" for France.

The results are more positive in Africa, where Emmanuel Macron first inherited the fight against jihadism in the Sahel.

Despite the recent announcement of the withdrawal of French troops from Mali and the mixed results of Operation Barkhane, the French president has also had successes, notably managing to involve other European countries in the Takuba force.

>> To read: Macron at the temple of Nigerian protest, a surprising choice

But it is above all in his other diplomatic initiatives that Emmanuel Macron has scored points on the African continent.

First of all, there is this desire to address young people and countries considered to be outside the sphere of French influence.

Emmanuel Macron went to Nigeria in July 2018 and addressed civil society inside the Shrine, a legendary club in Lagos.

The French president has also distinguished himself in Africa through his memorial policy.

During a historic speech in Kigali, in May 2021, Emmanuel Macron recognized "the responsibilities" of France in the genocide of the Tutsi in Rwanda, in 1994. A speech made possible thanks to the conclusions of the report by historian Vincent Duclert , who worked for two years, at the request of Emmanuel Macron, on the role of France in Rwanda.

>> To read: From Algeria to Rwanda, Emmanuel Macron's "recognition policy"

Another memorial file: the war in Algeria.

In July 2020, Emmanuel Macron entrusted historian Benjamin Stora with a mission on the memory of colonization and the war in Algeria.

Following the submission of the report, he facilitated the declassification of the Algerian war archives in March 2021 and asked "forgiveness" to the harkis in September of the same year, recognizing their "singularity in the history of France" and announcing a recognition and reparations bill.

On his arrival at the Élysée, he renamed the Quai d'Orsay "Ministry of Europe and Foreign Affairs", thus displaying his priority for the Old Continent.

The French president made notable speeches at La Sorbonne in September 2017 and in Aix-la-Chapelle, Germany, in May 2018, during which he affirmed his desire for "strategic autonomy" for the European Union.

Emmanuel Macron dreams of a Europe with a common budget for the euro zone, more fiscal and social convergence and, above all, a common defence.

However, his project met with a lot of resistance.

In Aachen, he urges Angela Merkel to follow him to convince their partners, but she refuses.

It is ultimately the Covid-19 health crisis, in 2020, which allows Emmanuel Macron to obtain progress, with a massive European recovery plan and a pooling of debts.

Emmanuel Macron intended in particular to make progress on the common defense policy.

"We must move from a Europe of cooperation within our borders to a powerful Europe in the world, fully sovereign, free of its choices and master of its destiny", he declared in December 2021. Three months later , the Ukrainian crisis is reshuffling the cards.

Germany has just announced that it wants to increase its military spending and could thus advance the European defense project.

But at the same time, the Russian invasion could also put NATO back at the center of the game. Impossible, for the time being, to draw conclusions.