Tens of thousands of Australians fled their homes, and the authorities evacuated a hospital yesterday, as the country's east coast was exposed to more torrential rains. 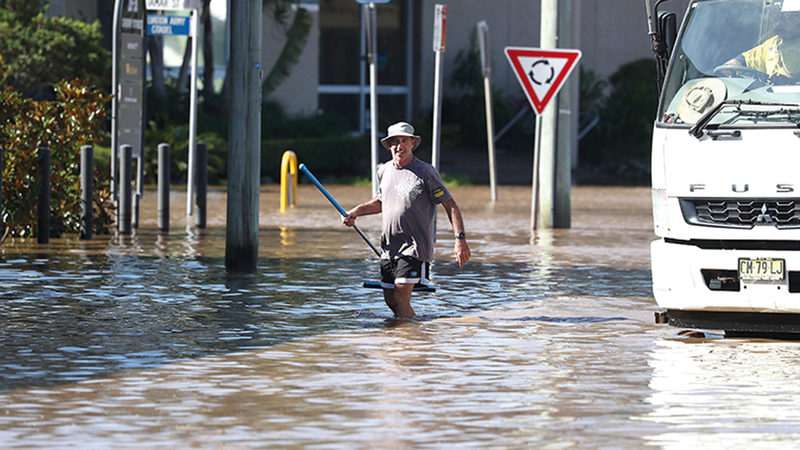 Tens of thousands of Australians have fled their homes and a hospital was evacuated yesterday, as the country's east coast was hit by more torrential rain.

Thirteen people have died since the bad weather began late last week, which led to the flooding of city centers, razing homes and cutting power lines.

The storm, bringing with it rain, hit Sydney, a city of more than five million people, late yesterday, and authorities issued warnings of possible major flooding of rivers in the west of the city.

More bodies are expected to be discovered, with police checking homes as the water recedes.

In the northern city of Ballina, the main hospital was evacuated.

New South Wales Premier Dominic Beirut, who yesterday airlifted the flooded cities, said 17 local government areas had been declared disaster areas in an "unprecedented situation" and urged people in Sydney to evacuate, if issued to them. Orders to do so from emergency crews.

An air mass is making its way from Queensland to neighboring New South Wales, as the rivers in Sydney began to peak yesterday evening.

The Bureau of Meteorology said Sydney residents should prepare for months of rain in a few hours.

Military helicopters carried stranded people over rooftops, while motorists and animals were rescued from a bridge, which was submerged on both sides.